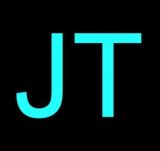 I was so happy when I found out that Kallypso writes like I do--lets the characters lead her. Her writing process is also "organic," to borrow a term from another one of my favorite authors Sylvia Day. I'm so glad I found my favorite genre to read--romance. I read all things romance, except horror/thriller and inspirational.
What are your five favorite books, and why?
Shelby Reed's *The Fifth Favor* is my favorite novel. I can't write like her. How she can put so much emotion, action, and agitation between the characters all in one novel is beyond me and is a skill I highly respect.

I LOVE Sylvia Day's *Crossfire* series. She currently has three of the five books out. So those books make up my next three favorite books. In fact, I found Shelby's work through Sylvia's monthly Q&A video chats hosted for her fans.

Finally, I have to credit E.L. James for her contribution in helping me find Sylvia Day. After I finished reading about Christian Grey and Anastasia Steele, I did some research and stumbled across a blog that cited other series to read after completing the *Fifty Shades* trilogy.

Okay, so I cheated. I listed more than five books...
What is your e-reading device of choice?
I love my iBooks app. I get so much reading done on my phone that I barely go to the library for my genre of choice anymore. Besides, why wait for the library to purchase the books or ebooks when I can read the ebooks on my device sooner?
How do you discover the ebooks you read?
I check out recommendations on Amazon and Goodreads. I love hanging out on Goodreads. It's my favorite social network right now. (That may change, as all things do.)
What motivated you to become an indie author?
I kept reading all these romance novels and realized that I wanted to read stories that were not published yet. What was Gandhi's saying again--about being the change you want to see in the world? Well, in my case, I wanted to write the story I wanted to see in the world.

I saw that most published books were not publishing stories with MFF (one man, two women) menage. Most books had MMF (two men, one woman) as the menage formation for a threesome. The latter catered to bisexual men in the story. The former, which is what I'm experimenting with, explores a bisexual woman's sexuality. I thought this would make for an interesting story that would most likely be rejected by a publisher. What traditional publisher in its right mind would invest in an unknown author in an unknown market? Thus, I went the indie route.
What is your writing process?
I write to tell the characters' stories. Oftentimes, ideas come and go. However, when the characters won't leave my head and insist upon their stories being told, I eventually cave in.

If I hear from enough readers that they liked the story, then I'll know that I can write more stories for the more of the characters that show up in that series.
How do you approach cover design?
I get my ideas for cover design by looking at other books in my genre. Some covers are so generic that I'm puzzled why a blond heroine in the story would have brown hair on the cover! The really good covers are the ones that convey the author's brand, reflect some facts about the hero/heroine/setting, and (for erotic romance stories like mine) are titillating yet edgy enough to get through the filters of major online booksellers such as Amazon.
What book marketing techniques have been most effective for you?
I'm new to my field. However, other authors who've done well note that three things are crucial for successful self-publishing:

1. Hire a professional cover artist. If you already have the skills, then embellish a great cover photo.
2. Hire a professional content editor and line editor, NOT line-editing software.
3. Keep writing and publishing your work, even better if you have a series of stories to tell. New releases promote backlists of books very well. :-)
What do your fans mean to you?
My fans mean SO much to me. Your raves, reviews, and recommendations to friends and family and online booksellers are priceless to me! If I earn enough for groceries right now, I will literally be a happy camper. If I can "make it" as an author, that would mean paying my monthly bills. That is my short-term goal for one year into self-publishing.

If you enjoy my stories, then please let me know as well. I like hearing from you and will do my best to write stories you may want to read more. I'm most active on Goodreads, Twitter and Facebook.
When you're not writing, how do you spend your time?
I fantasize. :-) Real life is pretty demanding right now and writing is a welcome escape. If you still want a "straight" answer, then I'll say I enjoy ice cream with hubby, a dip in the hot tubby, and a tryst in the cubby. :-)
Smashwords Interviews are created by the profiled author or publisher. 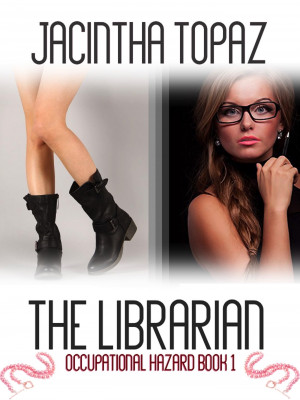 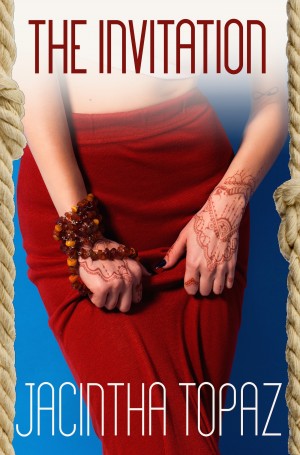 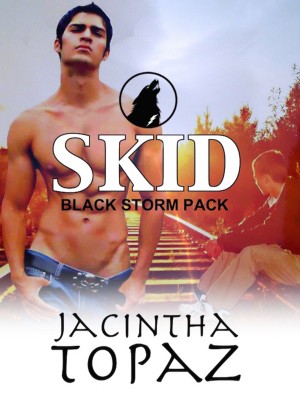 Skid by Jacintha Topaz
Series: Black Storm Pack, Book 1. Price: $0.99 USD. Words: 6,020. Language: English. Published: December 10, 2015. Categories: Fiction » Erotica » Gay Erotica, Fiction » Romance » Paranormal » General
Alpha finds a mate in the most unlikely man and place... At thirteen, Skid knew he needed to leave his government subsidy-sucking foster family under the cover of dark. Caught in a forest fire as an arson suspect by a werewolf pack, Skid comes face to face with Alpha. Two questions—that’s all it takes for Alpha to take Skid under his wings until the fateful day Skid turns eighteen. 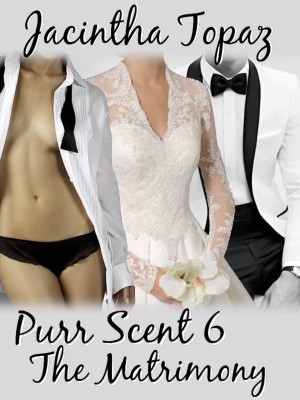 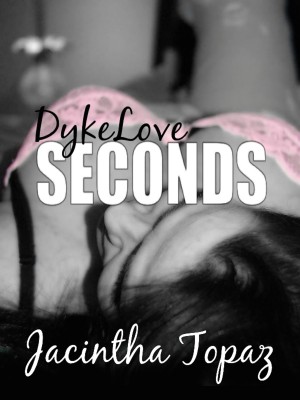 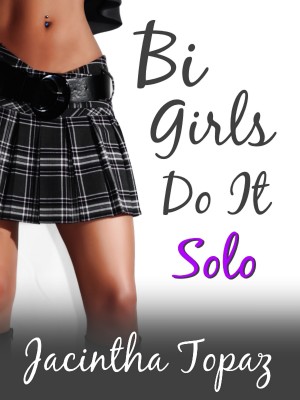 Bi Girls Do It Solo by Jacintha Topaz
Series: Bi Girls Do It, Book 1. Price: $2.99 USD. Words: 14,590. Language: English. Published: June 19, 2015. Categories: Fiction » Romance » New adult, Fiction » Gay & lesbian fiction » Lesbian
Hi, I’m asexual. How about you? Nerdy freshman Sy is used to acing every assignment and reading every book from front to back. Her latest buy is supposed to be an enjoyable read—all theory. Her eyes widen at the first hands-on exercise, just when her roommate Gen busts inside. Bi Girls Do it Solo is a Bisexual Female New Adult Romance written by Jacintha Topaz. 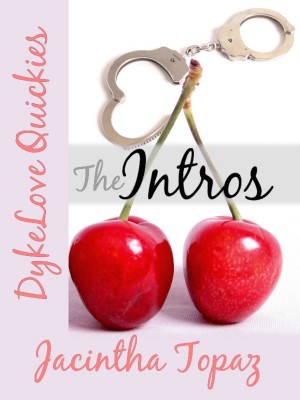 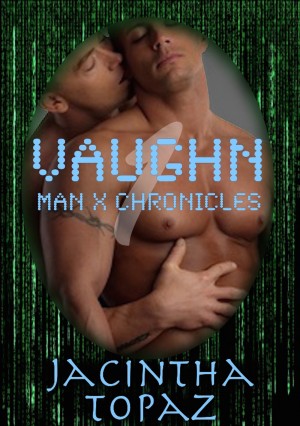 Vaughn 1 by Jacintha Topaz
Series: Man X Chronicles, Book 1. Price: $2.99 USD. Words: 11,350. Language: English. Published: May 13, 2015. Categories: Fiction » Erotica » Gay Erotica, Fiction » Romance » Sci-fi
Sgt. Vaughn is investigating the possible presence of a life form in Sector 409. Caught and detained by a fuck fantasy come to life, Vaughn has to rein in his libido and use his strength and wit to outsmart his captors. Captain Lance has sought to secure a host of a rare chromosome that will guarantee the future of his kind. Vaughn is his only lead. It doesn’t help that Lance finds him attractive. 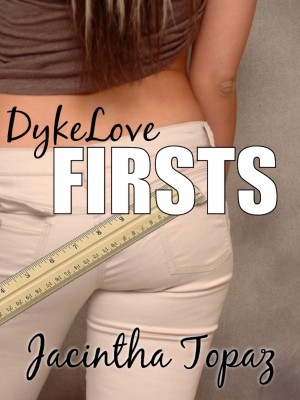