Published 2015-03-30.
Who are your favorite authors?
I both love and hate this question. There are so many! OK, always: Iain M Banks and Ursula le Guin. Others (today): Charles Stross, Mary Gentle, John Brunner, Neal Stephenson, Julian May and Paul Cornell. But ask me tomorrow and that may change.
What inspires you to get out of bed each day?
Tea.
Do you remember the first story you ever wrote?
Yes, and no one will ever read it. When I was seven I sneaked into my dad's study and used his typewriter to write 'Fritz's Rescue' about a dog who, well, rescues people. At age seven I had pretensions to being an artist too, so I illustrated it myself, in felt-tip pen.
What is your writing process?
There's a process? Why did no one tell me this?

More seriously, how I write depends on what I'm writing. Specifically on whether I'm writing first draft, revising, or editing.

First drafts are hard: I get a lot of walking done during first drafts and my house is as clean as it ever gets. There are moments of inspiration, those times when I'm kept awake by my characters having conversations in my head, or wake up with a complete scene in my head, but a lot of the time I have to guilt-trip myself to climb the steps to my garret.

Revising is my favorite part. There's a load of words already out there, and some of them are the right ones. The fun part is working out which. That's also the tricky part, knowing which of my darlings to murder.

Editing, as in the final edit that tidies up the prose, is the easiest. Most of the work's been done and you just get to polish the thing you made. I can edit for hours on end, given sufficient tea and chocolate.
Do you remember the first story you ever read, and the impact it had on you?
I remember the first SFF story I read which wasn't a media tie-in. I should explain: I was the only reader in our house, or amongst my friends, so lacking any other pointers, I tended to read things I'd seen on screen first. I had an impressive collection of Dr Who books by the time I was ten. (I also had some truly terrible books.)

My first foray into the world of books for their own sake was 'A Wizard of Earthsea', which I picked up because I liked the cover. It blew me away. I judged most books by the pictures that led them to me: this had only the words, and that made the story deeper, more affecting. Plus, it is an awesome book, even if I re-read it now.
What is the greatest joy of writing for you?
The power. Bwa-ha-ha. Writing self-contained stories makes you a creator (and destroyer) of worlds. That's quite a high.

Whilst there is nothing more frustrating than those times the story won't come out, there is nothing more amazing than the rare moments it does, seemingly without intervention from you.
What do you read for pleasure?
By default Science Fiction (of all kinds), though at the moment I'm going through a bit of a 'supernatural police procedural' jag (Paul Cornell, Ben Aaronovitch, Sarah Pinborough etc). The only non-fiction I read regularly is Fortean Times, and arguably some of that is fiction.
When did you first start writing?
Fiction at age seven. Fiction I hoped might be published, in my teens. Fiction worthy of being published, in my twenties.
What motivated you to become an indie author?
I'm actually a hybrid author. My Hidden Empire space opera series is published by Gollancz, but I'm fond of shorter form fiction too, and the majors don't put that out. Indie publishing lets me publish novellas and shorter stories, along with any novels which don't fit into my mainstream 'brand'.
What do your fans mean to you?
If something I wrote matters to someone else, that makes me both proud and humble. It sounds corny but it's true. Proud because, hey, someone got what I was trying to do and humble because there are so many wonderful stories out there, and yet they liked mine. We writers expose the insides of our heads to the world, and to find people are happy to spend time in our inside-out heads makes us feel good.
What are you working on next?
My next novel will be a science fantasy duology called Shadowlands. I'm still working on book one, revising my sprawling first draft to try and nail the story down. It's a project I love but not one I've been contracted for, and it's a bit quirky (symbiotes! court intrigue! family angst! betrayal! the heliocentric universe!), so it may well end up here.
Smashwords Interviews are created by the profiled author or publisher. 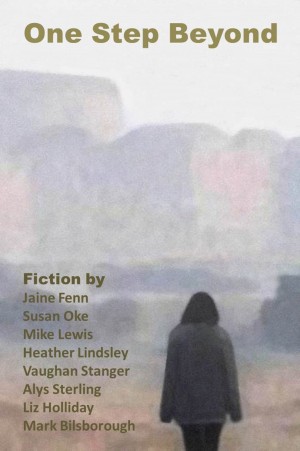 One Step Beyond: An Anthology of Science Fiction and Fantasy by Vaughan Stanger, Jaine Fenn, Sue Oke, Mike Lewis, Heather Lindsley, Alys Sterling, Liz Holliday, & Mark Bilsborough
Price: $2.99 USD. Words: 33,840. Language: English. Published: November 17, 2016 by Tower Of Chaos Press. Categories: Fiction » Science fiction » Short stories, Fiction » Fantasy » Short stories
An anthology of stories from the long-running One Step Beyond writers' group, including tales from all corners of the speculative fiction genre. All profits from the sale of this anthology will go to English PEN, a charitable network defending and promoting freedom of expression around the world. 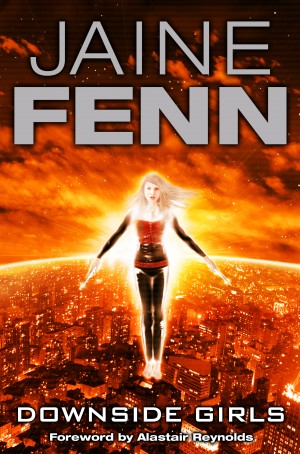 Downside Girls by Jaine Fenn
Price: $3.99 USD. Words: 26,840. Language: British English. Published: May 3, 2015 by Tower Of Chaos Press. Categories: Fiction » Science fiction » Space opera, Fiction » Science fiction » Short stories
'Downside Girls' is a collection of stories by Jaine Fenn set in the floating city of Khesh which rests above the uninhabitable planet of Vellern. For Topsiders life is about luxury and opulence, while for those of the Undertow survival takes precedence. Khesh City is a democracy by assassination, where Angels - deadly state-sponsored killers - remove those unworthy to hold office. 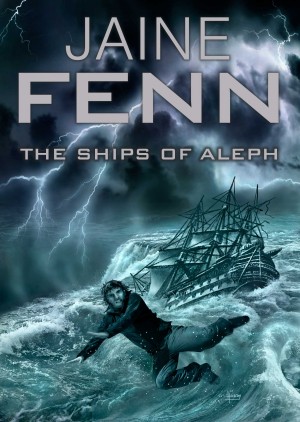 The Ships of Aleph is a fantastical adventure set on a world like no other, which fits into Jaine Fenn's popular Hidden Empire universe.