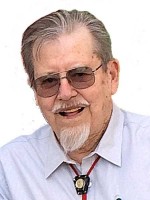 Published 2015-10-03.
When did you first start writing?
I must have been about 5 the first time I can recall trying to write a story. It sticks in my memory because of an incredibly bad choice of name for the central character: Mister Farrt. When I proudly showed it to my mother and my aunt, the aunt broke out into gales of laughter and my mother was horrified -- she had taken great pains to isolate me from all vulgarities!

But my first national publication was in Minicam Photography's issue for March, 1949. By then I was a freshmen at the University of Oklahoma and majoring in journalism.
Where did you grow up, and how did this influence your writing?
I was a "civil service brat" and didn't spend long at any one location, hence didn't learn to socialize as most kids do. As a loner, I turned to reading and found my closest friends to be fictional characters. This, in its turn, steered me toward non-fiction rather than fiction and only now am I beginning to feel able to create interesting stories.
What's the story behind your latest book?
Each and every time I hear "Taps" I have the same reaction, although I've not yet given up on the world as had my central character. I suspected that the melody and its associations might have similar effects on many other ex-servicemen and women, and needed to be explored.

Besides, my previous 21 books were all highly technical non-fiction, and I wanted to see if, after all these years, I might finally have learned to bring a fictional character to life. It's probably obvious that I took part in the Korean Police Action and every character is drawn from life, though, so it may not be a true test.
What are you working on next?
For more than a year, I've been following up a suggestion made almost 20 years ago by the lady who at that time was my editor -- that I put my memoirs of 65 years at the keyboard in a more permanent form than just my own memory. So far, it's not quite half complete. It's actually the project that brought me to Smashwords in the first place -- the current story is more of a test flight to become familiar with the medium.
What is the greatest joy of writing for you?
Discovering what effect, if any, my efforts have on others. So many people have helped me along the way, I've found that I can only "pay forward" for their assistance.
What do you read for pleasure?
My main focus has been science fiction; I began reading it with Amazing, then graduated to Astounding/Analog when John W. Campbell was still in charge. In the past few years I've also developed a fondness for fantasy, especially that dealing with magic, and the blend that's typified by the stories of Karres and of Elfhome. A close third place goes to historical fiction, with detective/mystery yarns finishing the leaders.
Who are your favorite authors?
Difficult to answer, any more. Five years ago I would have listed only Robert A. Heinlein and Nevil Shute Norway -- but now I must add David Weber, Eric Flint, Lois McMaster Bujold, Sharon Lee, and Steve Miller to the list. These are the folk who have been able to rouse strong emotions in me, but by no means the only ones I like.

Can't leave out two, though, who while not so prominent have been close over the years. Sasha Miller has been a friend for more than half a century and we celebrated her very first publication (as Myrle Benedict) together when she received the acceptance letter. Rebecca MacFarland Kyle is family -- married to my youngest son -- and I feel honored to be included in her circle of beta readers.
What is your e-reading device of choice?
I've used a Nook since they first came out, but my desktop computers are great also. I'm considering a full-fledged tablet for some time in the not too distant future, though. My Nook HD is a bit too limited for my tastes.
Smashwords Interviews are created by the profiled author or publisher. 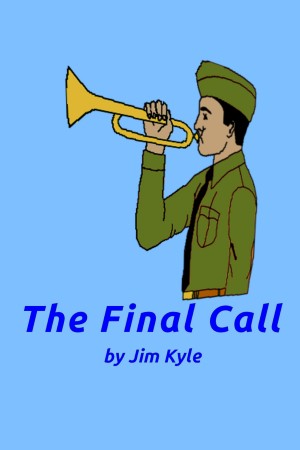 The Final Call by Jim Kyle
You set the price! Words: 1,450. Language: English. Published: September 29, 2015. Categories: Fiction » Fantasy » Short stories
Just in time for Veterans' Day, this is the story of one disillusioned ex-soldier and his final call to duty.