Published 2013-09-05.
What is the greatest joy of writing for you?
Each and every time I receive a message, email or post from somebody who has read a passage or chapter in my book and is outraged at what a character has done, or amazed at an event that has occurred, I remember why I choose to write. There can be no greater feeling to a writer than to know that your work has sparked an emotional reaction from a reader.
Describe your desk
As I answer this question I am typing at a cluttered desk containing a reference book on castles, a pile of trading cards, a picture of myself with William Shatner at Oz-Comicon, and a pile of notes from my current work in progress. To my right towers a wall of books which I have collected over my lifetime and on the wall behind my screen hang maps I have drawn, maps I have purchased and posters from my favorite TV shows.
When did you first start writing?
So my love of writing, I believe, started in high school when our class was asked to write a creative story. Any story that is, not a predetermined theme that the teacher had chosen. There was no real length that it needed to be, and no guidelines other than ‘write a story’. I was so excited that as soon as I got home I started writing and planning my story. I enjoyed it so much that I didn’t realise how long I had made the story until I compared it to my friends and realised that theirs were about two pages long and mine was close to ten. Mind you the writing was appalling and I can’t really recall the story, but it was likely terrible. Regardless, that was the first time that I truly enjoyed writing.
How do you approach cover design?
Choosing and creating a cover was one of the hardest parts of the publishing process. I began by looking at my favorite books on my bookshelf and figuring out what it was that drew me to them in the first place. I found that the ones I remembered the most were actually the classic ones, with focus on one or two key images or symbols and easy to read text. After that I picked up a pencil and began to sketch some possible designs. After a few failures I found something I liked and when it felt right I settled on the cover.
What are your three favorite books, and why?
1) Magician by Raymond E Feist. This will forever be the book that drew me into Fantasy. The combination of exciting storytelling and lovable characters in an amazing world has stayed with me ever since I read this masterpiece.
2) Pawn of Prophecy by David Eddings. The Belgariad showed me that a book can have a cast of many yet still make you feel like you are best friends with every single character.
3) The Hobbit by J R R Tolkien. Tough the Lord of the Rings provided the grander Tolkien world and history to us, the fun and well paced story of Bilbo will forever make me smile.
What caused you to choose the Fantasy genre?
I grew up in a household with a mother who loved science fiction and fantasy as well as a brother who role played and war gamed. So as you can imagine I grew up playing Dungeons and Dragons (Which I still play every Wednesday) and watching Star Trek (Which I still watch). So it was no surprise that I grew to love Fantasy literature so much.
What is your single greatest source of inspiration?
A creased and worn old exercise book which holds one of the first stories I wrote as a teenager. Though the writing is terrible and the story ludicrous, when I look at that notebook I remember that I have always had the urge and passion to write.
How did you begin the process of writing your first book?
Many years ago I picked up some scraps of paper (Old ‘far side’ desk calender pages if I remember correctly) and sat down to write out a basic plot and do some world building. I spent the rest of the day writing more notes and more notes. Jotting down characters and names of places. At one point my brother’s friends arrived and asked me what I was doing. I said to them “I’m writing a book.” And they laughed. (Funnily enough the young man who laughed at me back then was recently one of my proof readers)

By the end of it I had a story for a trilogy planned.
What is harder, writing or editing?
Most writers will tell you that editing is one of the most painful processes that they need to engage in. I have to agree that it is definitely the most painful, as each time that you delete a word or change a passage, it feels like a little bit of yourself has been removed. Yet I will say that though writing is where you are able to get your creative juices flowing, editing your work provides you with a different level of satisfaction, as you begin to see the light at the end of the long tunnel, which is publication!
The Indie Publishing world can be tough, how do you stay motivated?
By celebrating the little things!

When I chose to self publish I realized that many self published books never sell a whole lot. In fact some may never even sell a single copy. Therefore when I decided to publish I reminded myself why I was doing this. The main reason was to leave behind a legacy of my imagination. From that point of view, every single book that I sell is helping me to achieve that. Thus even one person reading my book keeps me motivated to keep writing.
Smashwords Interviews are created by the profiled author or publisher. 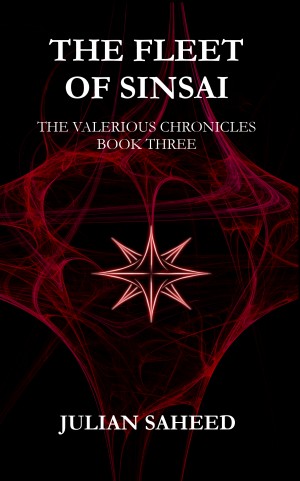 The final installment of the Valerious Chronicles sees the fate of Kovi decided. The Shrine is destroyed. Yet, Christill’s quest is not at an end. He must now find a way back to Feldom, and quickly. Kahnustus is hunting and soon he will find the last of the guardian gods. For even they may not be powerful enough to protect Kovi. 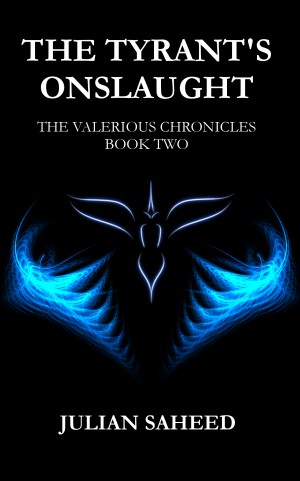 Imprisoned. Christill now faces the wrath of his King and Council. They will demand his blood, but his destiny is yet to be fulfilled. He must uncover the terrible source of the Tyrant King’s power if the world is to be saved. The guardian gods have given him strength, however, he will be forced to travel to the most dangerous part of Kovi, hunted by those he is fighting to save. 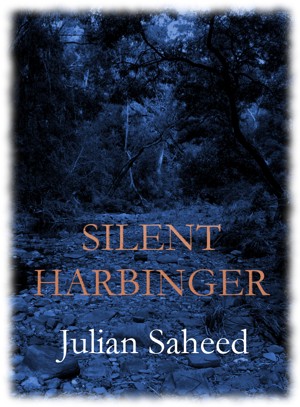 In mere moments they will arrive. His neck is strapped to the altar. His hands and feet chained. The villagers can only watch on in fear as the devils draw closer. Even if he wanted to scream for help, he couldn't. But his haunted fate has led him to this moment. He just doesn't know it. 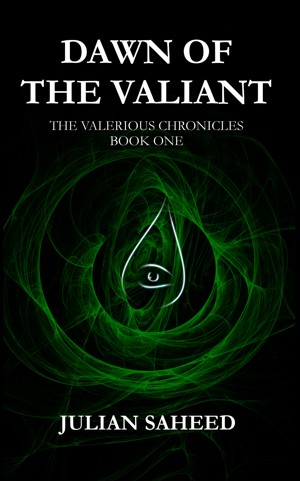 The darkness is drawing near. For centuries the Alliance has kept their enemies at bay. But the rise of a tyrant in the East has set in motion events few could have foreseen. Strange creatures stalk the shadows and the laws of magic are being sundered. Brothers Christill and Thibalt will learn that their childhood woes are insignificant. Their part in this struggle will shape the fate of all.