Published 2014-02-15.
What is your writing process?
I generally start a story or a novel with an image, or an idea. The plot grows from that. For example, the first book I ever wrote started with the image of a naked man running desperately through a forest. As he ran, he stumbled into creeks and got scratched up. Then I heard hounds baying. Okay, that meant someone or something was after him. And it sorta grew from there...
Do you remember the first story you ever read, and the impact it had on you?
I remember the first story I DIDN'T read better! I was sitting with my dad and he was reading a Batman comic to me; I must have been about 3. I looked at the pictures and words and I felt I could not WAIT to learn to read on my own. And I did, and haven't stopped since.
What are your five favorite books, and why?
Only five?? Can't be done. I have a LOT of favorite authors, though, dating back years and years. Andre Norton and Robert A. Heinlein; their juveniles got me into science fiction. Roger Zelazny: love his clean, crisp style that can jump into elaborate images, then back out again. Tolkien and CS Lewis and Sax Rohmer and Harlan Ellison and HP Lovecraft and Robert Louis Stevenson and and and....
What do you read for pleasure?
Since I write genre fiction--fantasy and science fiction and pulp and horror, even westerns--I can't read them while I'm writing in a particular field. Apparently, I'm a mimic. I read a lot of history and science and biographies when I'm working on a book or story, then fall into fiction when I'm not.
Describe your desk
Clutter cubed. Right now, there are water bottles in various stages of full, two bags of dog chewies, one of which is half empty, pens and notebooks and business cards, oh my!
When did you first start writing?
At first, I considered writers as god-like creatures who floated above us mere mortals. Then I read Harlan Ellison's collection DANGEROUS VISIONS and, while the stories themselves were impressive, what struck me most was Ellison's clear and obvious passion for what he did. That's what I wanted to feel about my life work, and that's when I realized I wanted to be a writer.
What motivated you to become an indie author?
I've had books and short stories published by several different small presses, all of which--well, most of which--were a joy to work with, but I wanted more control. Also, the time factor is a lot more fun: I can write something and have it available in days instead of months or years.
How has Smashwords contributed to your success?
Smashwords has made it possible for me to get more of my work available for readers.
What is the greatest joy of writing for you?
The joy of any craftsman, I suppose: creating something that is uniquely and originally my own, and then getting to share it with others, and THEN having them see in it something that I put there.
What inspires you to get out of bed each day?
The next story!
When you're not writing, how do you spend your time?
Reading and reading and, oh yes, reading. I also tutor English and algebra at a local college. I found that constant days of staring at a computer screen made it hard for me to communicate with people verbally. Not that I've ever been very good at that!
Do you remember the first story you ever wrote?
Yes, I do! It was in high school and was dramatic and intense and heavily influenced by Tolkien.
Smashwords Interviews are created by the profiled author or publisher. 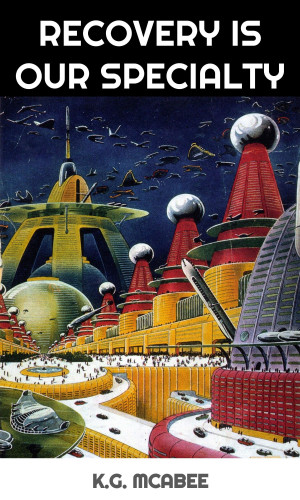 Recovery Is Our Specialty by K.G. McAbee
Price: $0.99 USD. Words: 5,860. Language: English. Published: March 14, 2020. Categories: Fiction » Science fiction » Space opera, Fiction » Science fiction » Short stories
I'm Niky Chance. My partner Nohrah and I travel the spaceways providing one very special service: we recover things. So when a gur-ryll from Aldebaran Delta loses the last remaining segment of her dear, departed dad, we sign on to find what's left of him for her. It could take a broken limb or four--never ours, but often someone else's--but we'll get it done. 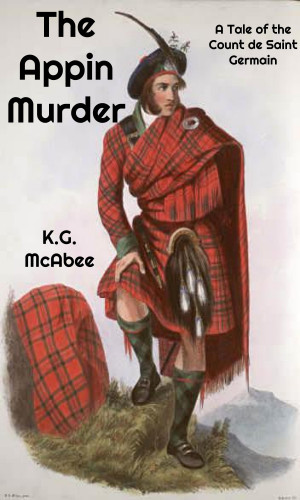 The Appin Murder: a Tale of the Count de Saint Germain by K.G. McAbee
Price: $0.99 USD. Words: 12,490. Language: English. Published: March 14, 2020. Categories: Fiction » Historical » United Kingdom, Fiction » Mashups
The Count de Saint Germain is tasked to start a new war in England by a convenient murder in the wild highlands of Scotland, still disturbed and unruly from the recent Jacobite Rebellion. But even when the Count follows orders, he can never be trusted... 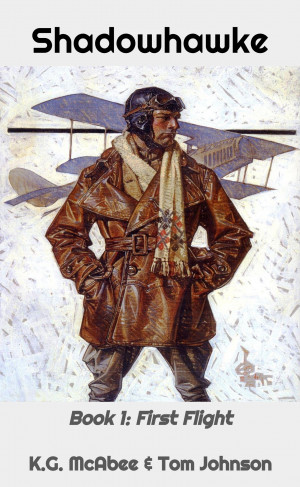 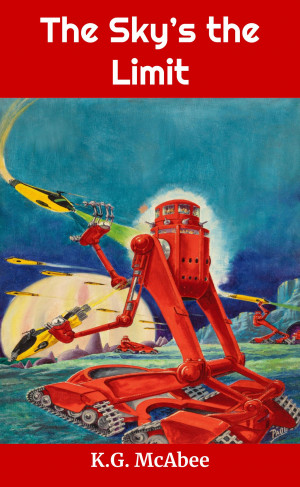 The Sky's the Limit by K.G. McAbee
Price: $0.99 USD. Words: 7,600. Language: English. Published: March 5, 2020. Categories: Fiction » Science fiction » Adventure, Fiction » Science fiction » Short stories
Going to jail in Greater New York wasn't so bad; going to prison may mean medical testing, slavery...or worse. So when a mysterious man offers to take Joss Jamieson off the judge's hands, Joss agrees. It can't be worse that what he was facing. Can it? 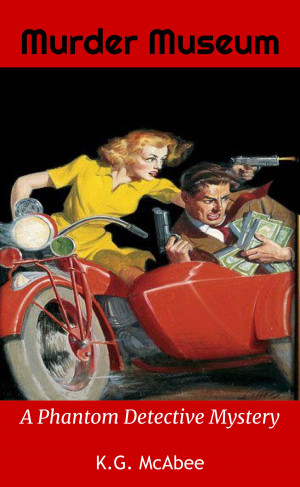 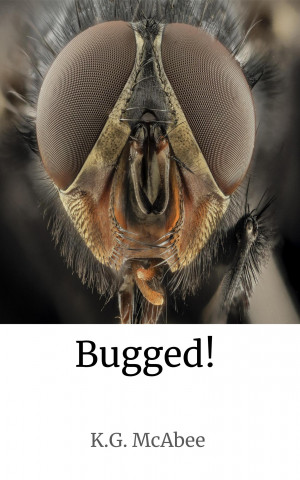 Bugged! by K.G. McAbee
Price: $1.99 USD. Words: 7,550. Language: English. Published: August 25, 2019. Categories: Fiction » Science fiction » Adventure
When my little brother Clem’s puppy disappears through a break in the fence-field, of course we have to go after him. Dangerous? Of course. That’s life here on Zebulon Delta, home of the biggest bugs in the galaxy. 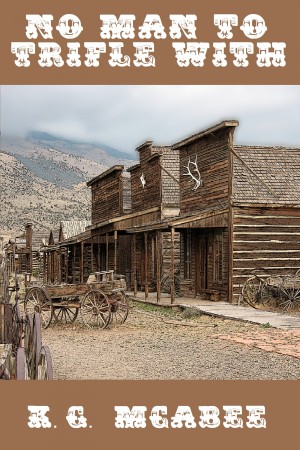 Humorous western in the style of Robert E. Howard. Join Archibald Welkins and his dog Biter as they visit the big city--well, the only town they've ever seen--for the first time! 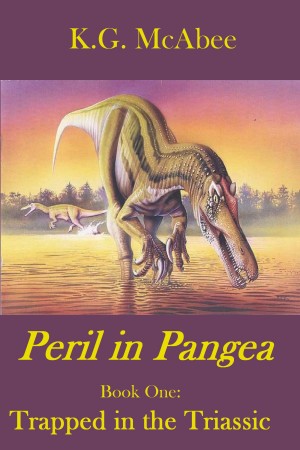 Three teenagers attempt the most drastic rescue in history: traveling through time to the Age of Dinosaurs! 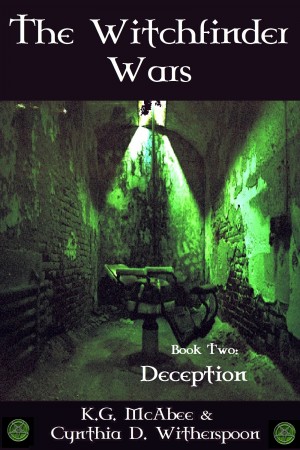 They are fated to love each other. But what will Tommy Hopkins do when Anya, his beloved, is ensnared, tormented, and tortured by his worst enemy? 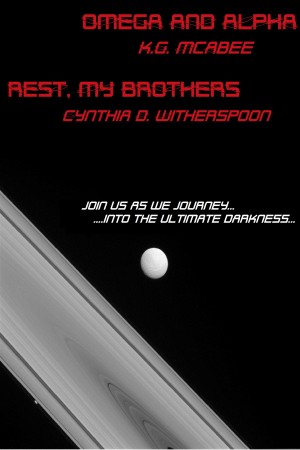 Omega and Alpha & Rest My Brothers by K.G. McAbee & Cynthia D. Witherspoon
Price: Free! Words: 5,910. Language: English. Published: September 27, 2014. Categories: Fiction » Science fiction » Short stories, Fiction » Science fiction » Apocalyptic
OMEGA AND ALPHA: damaged by a too-close encounter, the ship is limping home to Earth…but will there be time? REST, MY BROTHERS: the last expedition to Mars is ready to come home…but where is home?
View their profile to see all of their books