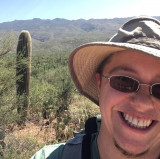 Published 2015-02-10.
When did you first start writing?
You mean seriously? At age 14. I wrote my first novel at the household computer in WordPerfect 5.0. (Ah, the romance of that desolate blue screen! I can still see the little clover-pattern of the "hard return" symbol when I close my eyes.) I fell in love as I wrote, and thought, "This is what I want to be."
Where did you grow up, and how did this influence your writing?
My dad was in the military and we moved around a lot. As a consequence, I never had (and don't have) a sense of being rooted anywhere. This has influenced my writing enormously. I hate revisiting worlds or settings--that is, I hate making sequels--because I'm entranced by the new and different, and I guess my youth taught me that constantly encountering the new and different is normal.
Do you remember the first story you ever wrote?
I used to "make books" when I was very little by drawing a sequence of pictures, sometimes with some words, and stapling them together. I started doing this when I was 4 or 5. One of the earliest "books" I can remember making featured a hungry shark who ate so many fish that he exploded, replete with an illustration of a cartoony BOOM 50 feet under the ocean. Obviously, I was a little fuzzy on the physics.
Do you remember the first story you ever read, and the impact it had on you?
At age 4, I demanded of my mother, "Teach me to read." I was an avid consumer of Sesame Street, and my mother had watched me sound out letters and words, so she said, "You already know how to read." I didn't believe her, so we sat down with a book and she helped me (slowly) read it aloud to her. The book was called, "Ann Likes Red." The impact was tremendous. I ran around the house screaming.
What do you read for pleasure?
Old Calvin & Hobbes strips. All sorts of books from my childhood. Dumb things on the Internet. Dr. Seuss. Daniel Pinkwater. My own emo journal entries. Correspondence from close friends. Any old book that's lying around. Probably if you wanted to catch me, you'd just have to lay a snare trap with an enticing book in the snare.
What are your five favorite books, and why?
Oh, sure, just ask me the hardest f***ing question in the world, why dontcha.
Is there anything that you hate-read?
Oh yeah. Blogs. Tons of ranty, ill-informed blogs.
What is your writing process?
Whenever I sit down to work, I open a can of something carbonated, raise it up in a toast, close my eyes, and focus on my gratitude--how happy I am to be able to make art--and I whisper, "Thank you." Then I take a sip. Then I make some art.

I guess maybe that wasn't quite what you meant by the question.
Describe your desk.
I found this great piece of wood in my landlord's basement, which I then laid across two pairs of stacked plastic milk crates that I stole from a back door of the Harvard Divinity School one night. (Addendum: I eventually stole about 20 milk crates that way before they got wise.) It's actually the perfect size and height for me. You just have to be careful not to lean on the very edge of it, because enough force there will make the top, which is not fastened to the milk crates, tip over.

It is a glamorous life I lead.
How do you approach cover design?
Downwind--you must always approach downwind.
Smashwords Interviews are created by the profiled author or publisher. 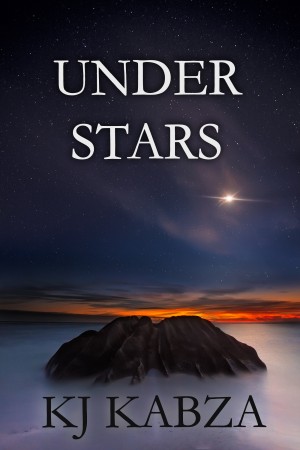 KJ Kabza is back with a second, bigger round of short fiction that's "Incredible" (Tangent), "Fascinating" (SFRevu), and "Worthy of Edgar Allan Poe" (SFcrowsnest). Featuring his freshest work from the top science fiction and fantasy venues of today, including F&SF, Nature, Daily Science Fiction, and more, UNDER STARS showcases wonders from worlds both here and beyond. 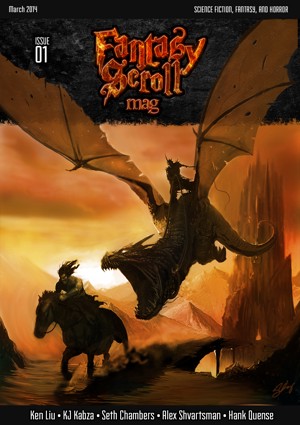 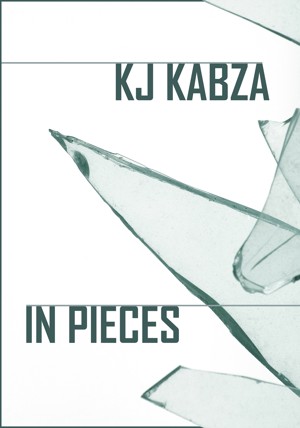 From a mechanical forest that constructs itself to the streets of Kyoto 8,000 years hence, the sometimes whimsical, sometimes cutting short fiction of KJ Kabza has been dubbed "Delightful" (Locus Online) and "Very clever, indeed" (SFRevu). Collecting all of his previously published, early works (plus 5 new stories), "In Pieces" offers glimpses into other worlds—some not unlike your own.