Published 2013-08-31.
When did you first start writing?
When I was twelve, the English teacher assigned us a book to read and report on. The book was The Outsiders, and I fell in love with reading while following Ponyboy, his brothers, and his friends on their adventure. After that, going from reader to writer seemed like a natural step. It also helped that my best friend at the time was writing her own short story. I still remember it vividly. She was a HUGE Shaun Cassidy fan and was doing a story about how they were going to meet and fall in love.
What motivated you to become an indie author?
I started out writing for a well-known publisher, but I found it too rigid and binding. I had absolutely no control over my own books. By the time they went to market they felt like they belonged to someone else and not to me. Being an indie writer is awesome. Now I get to choose the cover, the title, and I don't have to write the story the editors want. I write the story that I want to read.
What is the greatest joy of writing for you?
Living with my characters on a day to day basis. They become such a huge part of my life that it is hard to let them go once the story is finished. Thank God for sequels, huh?
What are you working on next?
I am currently finishing up Hunter (Order of the Spirit Realm book 2). Then I am going to return to the Rule Series and finish it up with Wizards Rule and Hunters Rule. I wasn't planning on doing these books yet, but several readers have contacted me, saying they love Jack and Silver and want to find out what happens to them. You have no idea how awesome that makes me feel. I am thrilled to give them what they want. Hopefully they will be satisfied with the ending of the series.
What are your favorite books?
The Mortal Instrument Series by Cassandra Clare. The Demon's Lexicon by Sarah Rees Brennan. Twilight. That's right. Regardless of what some have said about it, I enjoyed the love story, at least in the first book of the series.
What do your fans mean to you?
Giving the readers a few hours of entertainment is what makes this job worth it. I know for myself that there have been several books over the years that have shaped my life. I want to have an impact on some young people the way writers like Hinton had an impact on me. I want to make them laugh, cry, fall in love with the hero of the story, and maybe even think about something in a new way. I love to hear from my readers. You can get in touch with me on my blog, through Twitter, or my facebook author's page.
Smashwords Interviews are created by the profiled author or publisher. 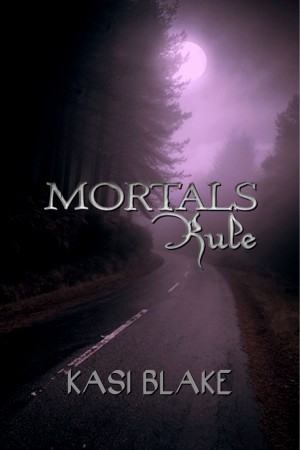 Mortals Rule by Kasi Blake
Series: The Rule, Book 5. Price: $2.99 USD. Words: 70,080. Language: English. Published: October 31, 2015. Categories: Fiction » Young adult or teen » Paranormal, Fiction » Fantasy » Paranormal
Jack is living on borrowed time. A mysterious illness threatens his health while a new enemy threatens his loved ones. His time with Silver is running out, and they all know it. His vampire friends push him to leave her, but he can't go, not until they deal with their new enemy. William has the dark wizard's power. If they don't stop him, he'll kill them all. 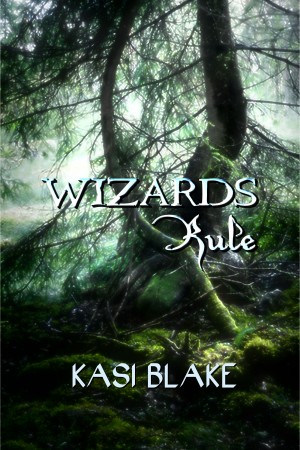 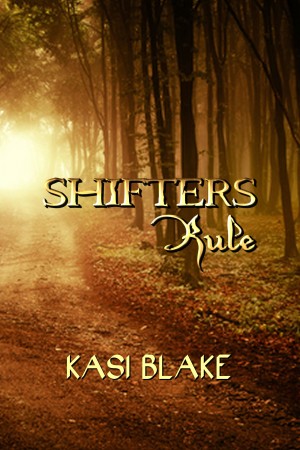 Shifters Rule by Kasi Blake
Series: The Rule, Book 3. Price: $2.99 USD. Words: 82,760. Language: English. Published: October 17, 2012. Categories: Fiction » Young adult or teen » Fantasy, Fiction » Fantasy » Paranormal
This is the third installment in the Rule Series. If you have not yet read Vampires Rule and Werewolves Rule, you will need to do that first. Jack and Silver's story continues. She's about to head off for college while he's dealing with a missing brother and a psychotic werewolf. 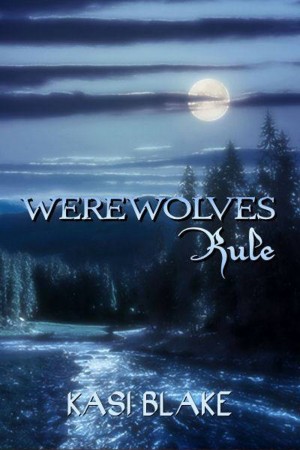 This is the second book in the Rule series. Vampires Rule was the first. Werewolves Rule continues the story of Jack and Silver and their upcoming battle with Jersey. 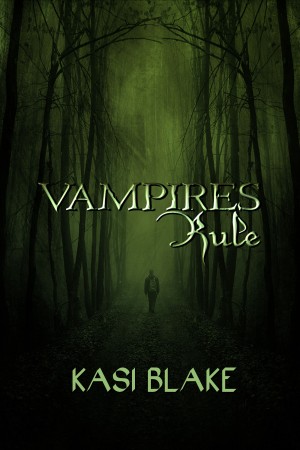 Every year Jack returns to his childhood home in secret. Feeling nostalgic, he wallows in the past. But this time is different. After a close call, Jack wakes to find his fangs are gone. He has a second chance to live, a second chance to be normal. It's great, until he finds out a psycho werewolf wants to kill him... and here he is without his immortality.