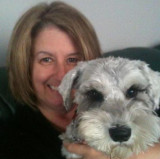 This interview has been viewed 173 times.

When did you first start writing?
I can remember creating stories in my vivid imagination as a child. The first story I remember writing was in grade school. It followed the 'life of a dime' as it moved from one person to the next. Over the years I tried some courses and workshops but writing a novel always seemed like something I'd do when I finally found time. In 2009 after some life changing events, I decided that there isn't always time. If there's something in your heart that you want or need to do, you have to seize life and make it happen. So, since then, with the help of some great support, I started writing and haven't stopped - and don't intend to!
What's the story behind your latest book?
Snowdrifts is a mystery thriller with a twisted plot. It centers around Joe, who goes missing after his car drives over a guardrail in a snowstorm. My hope is to leave the reader wondering about Joe's motives and what caused the accident at the end of each chapter. The whole inspiration came one night during a snowstorm in my own city. I was home alone lying in bed listening to the wind and it just popped into my head. Someone waiting for someone to arrive home during bad weather is something everyone can relate to. Chapter two, where Andrea is waiting for his return, was actually the first chapter I wrote.

I also wanted the story to have some meaning and depth of character focusing on relationships and the trust connections between people. I tried to focus on that between Joe and his wife, Joe and Doug, Doug and Margot and even Joe and his father on some level.
What are you working on next?
About two months before completing Snowdrifts, I saw one of those funeral wreaths--you know, the ones where they put the ribbon across it and it says "Mother" or "Son" or "Wife". I don't even remember where I saw it, in a movie or on the news or something. I immediately saw a funeral scene in my mind with one of those ribbons and a phrase popped in to my head. I'm now 8,000 words into my new novel. It's been a struggle focusing on the business side of Snowdrifts while wanting to create the new one.

I've also written a short story which is currently untitled. It will be released as e-book, probably before Christmas.
What is the greatest joy of writing for you?
That's easy. When I write I get completely out of my headspace and into another realm. It's like a complete escape into a world of creativity. I know a few other authors and artists who feel the same. It almost makes me feel sad for people who don't get to experience that.

I'm going to expand your question though and add a second joy. I love when people find out I write and tell me that they've always wanted to but never tried. If I can inspire one other person to feel comfortable enough to try it and experience that joy, then that's amazing.
When you're not writing, how do you spend your time?
I pay the bills doing a job I love, which is helping hospitals put in computer systems to ultimately make patients' safer and hospital staff's lives easier. When that's done and I'm not writing, I'm hanging out with my husband, sharing a nice coffee on our porch or talking about our days. I'm often out walking with my dog or my friends or doing my dance classes. If I'm walking alone or with the dog, I'm often still writing in my mind. I also spend a lot of time with my circle of writing friends. I travel as much as I can.

I have a lot of hobbies and interests, too many to list here.
What inspires you to get out of bed each day?
Many things. Obviously my wonderful husband and our little dog who awaits her morning walk. I also have a fantastic job that I love and great family and friends.

I guess, in general though, I just want to get up every day because I want to make the most of life and all the great things in the world.
What is your writing process?
I wish I could say I have one. My writing friends often joke about that. I'm kind of all over the place! Usually stories bubble up in my mind until eventually I just have to let them out. Then I sit down and let my fingers go on the keyboard, often finding the stories go places I hadn't planned.

I don't outline, despite knowing that's a good thing to do. But I do do character sketching. I find that's the most important and time consuming skill. I journal as my characters. I sit down and write what they are thinking, knowing that most of what I write won't end up in the final story. It makes them more real though and their characters come through better with this investment.
Where do you write?
Absolutely anywhere. I have an iPad with an attached keyboard and it is with me almost everywhere I go. I love writing in coffee shops, at the beach, anywhere near water. I write in my own backyard in the summer and up in my writing studio in the winter. I adore writing on trains and planes.

Once the story is out though and I need to edit, then it's time to sit down at my laptop in my office and do the real work!
How do you approach cover design?
For both of my novels, Snowdrifts and the new one, I've seen the cover in my mind long before the book is done. For Snowdrifts, I surfed the web for images and then sent them to my designer to give him a feel for what I was after. After that, I let his creativity take over to come up with the final one.
What is your e-reading device of choice?
iBooks. Funny enough, I've tried others and the seller for me was having it look like book format, with a left and right page and being able to flip the pages. I think now, others have that feature too, but when e-reading first started, iBooks was one of the ones who had that first.
Published 2016-09-04.
Smashwords Interviews are created by the profiled author, publisher or reader. 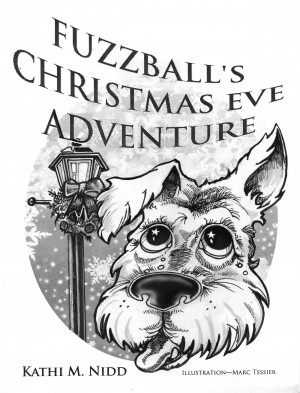 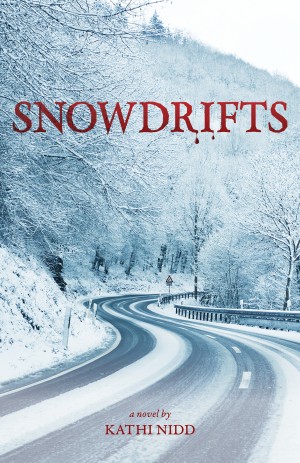 Snowdrifts by Kathi Nidd
You set the price! Words: 72,960. Language: English. Published: August 30, 2016. Categories: Fiction » Thriller & suspense » General
Three weeks before his wedding, on the eve of the most important trial of his career, Joe Sinclair has vanished. As his fiancée anxiously awaits word on his whereabouts, Joe’s dearest friends question his recent unusual behavior.