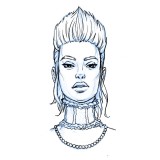 Published 2016-01-16.
What is your favourite story?
Mh. Typically the latest one I'm working on, but everyone says that, don't they? So, if I had to rate all of my stories, the one that sticks to my memory is the one with Tessa, which is also one of my oldest ones. As far as the storyline goes, I'm really satisfied with my Zombie story, which is also one that I keep coming back to even though I haven't written anything for it for a long time. And for overall novelty, I really quite like the Birthday Present and the many many opportunities it provides.
What story are you least proud of?
Ah, well, there's a few duds. One that comes to mind is my re-imagination of the Diner in the Pussy Lips series (which is included as a bonus track in the collected edition). I've tried to tell that scene from the girl's point of view, but didn't really get into it. At the time I had gotten lots of requests from guys who wanted a kind of femdom/cuckolding story with a guy in it, and that really doesn't get me off at all. In the end, it was just silly, and it shows what happens when I write about something that I'm not really into. Must be one of the few stories I didn't get an orgasm from when I wrote it.

Then, the Novella series didn't do so well, probably because the sex content isn't all that strong. A few people like it, but those are just the hardcore fans.

Finally, the Zombie story again. For some reason, what I and my editrix both find so brilliant about it is totally lost on the readers, and I just have to assume that's my failure to get it across properly. I mean, it's supposed to be an adventurous, fun, sexy and very explicit zombie apocalypse story, and for the life of me I can't think of a reason why someone would NOT like that.
What would be your advice to new and aspiring writers?
Uh, write? Write, write, write. Then write some more. Obviously, that's the top most important thing to do. However, there are a few things that will make you definitely a better writer than you would be if you didn't have them:

Grammar and spelling. Those are super important, even if you don't write world-class literature. Words and sentences are the tools of your trade, they're what allows you to transfer your thoughts, ideas and fantasies to other people, and those tools need to be mastered. A story is only minimally effective, if your readers need to wrestle with your spelling and grammar in order to get to what you were trying to say. So, if you've got trouble with this, you'll NEED to get someone who's good at it to proofread for you.

Then, get yourself good writing equipment. I've actually heard about authors trying to write on their phone, which I can only assume is a joke of some kind. There's no way you can get to the accuracy and speed on your phone that you could if you're typing on a good working keyboard with a fair set of typing skills.

And finally - you know, you'll learn the most about writing from reading other stories. If you read what other authors have written with an eye to story structure and phrasing, you'll not only walk away with a lot of new and interesting ideas, but also with a better sense of your own style and what you would do differently.

So yeah, practice. Work hard, write a lot. It's not easy.
Are there things you would not write about?
Yeah, sure, absolutely. Broadly speaking, I won't write about anything that doesn't get me off. That contains underage sex, most of what falls into the incest category and a few kinks that I think are boring, like abdl, interracial gangbang, violent heterosexual rape, and the 50-shades-style domination stuff. There are too many stories about that, and the world doesn't need mine on top of it all.
Do you sometimes identify with a character?
Well, considering that I wrote a fair amount of stories in first person, you could say that I don't just identify with the character, but actually AM the character. However, out of the other lot, I usually like to identify with the heroine, or, for lack thereof, with the dominant party. Like, in "as of yet, unnamed", I think I identify more with Charlotte than with Wenke.
Do you have a favourite character?
Mmmh. Tessa, again? I don't know if I want to be her, or be on her. I also really really like Becky from the Zombie Bitches, Novella and, of course, Kat from the Straight And Narrow. She's my bolder, snarkier self, that gives less shits about what others think about her and is in fucking space, goddammit!
What are your favourite authors?
Hm. I really like Neil Gaiman, but everyone likes Neil Gaiman, so that's a given. I enjoy the fantasy stuff by Margaret Weis and Tracy Hickman, sci-fi by William Gibson, and contemporary stuff like Chuck Pahlaniuk's Fight Club. But in all honesty, I'm not a big book reader.
What's your relationship with your readers?
Strange, sometimes. I like my fans, of course, but at the same time, there's a weird dynamic, because our shared topic of interest is also a very intimate one for me and them. So I don't really like getting too close, because I don't want to cross any boundaries, or want my own boundaries to be crossed. However, I'm of course always flattered that readers enjoy the things I write, that's a huge compliment in and of itself. And when they then actually ask for more or have the courage to tell me what they really like, it's... magical. It's not something I take for granted.
Are your stories based on or related to personal experiences?
Yeah, some are, some are not. It's one of my own rules not to disclose which is which. However, things I see on an everyday basis, stuff I read about or discuss with my partner may eventually find their way into a story of mine, so most of them are a mixture of real and imagined events.
Does that make them more or less authentic?
Well, more, of course. Nothing's more authentic than someone's intimte, personal fantasy, right? That's the strange thing about erotica... I mean, like, take my partner, for example. It took her a long time to open up about some personal sexual fantasies she had, and that was with me and after we've already been together for years and years. On the other hand, I'm writing down my sexual fantasies constantly and give them away for the world to see. What's more authentic than that?
Why write erotica? Why not write any other kind of story?
Ah, well, I am writing other kinds of stories. Obviously not under this pen name, and for good reason - it'd be weird if parents would find out that their child's book author also wrote lesbian pee stories, so I like to keep things separated. However, why erotica? Well, it kinda came naturally to me, and is really my main output. I like writing about my fantasies, it's exciting, arousing, satisfying and has a kind of exhibitionist appeal to it to share them with the public. On top of that, there's always the nice thought of how many people got enjoyable moments through my stories. No other genre can give you that.
What is your writing process? What is your publishing process? What is your design process?
Design process: Working as a self-published author requires many more skills than being an author with an established publisher, and luckily, a lot of the skills that I had acquired in the past 20-odd years of my life all come into play at one point or another. Storytelling, obviously, but also typing! I wouldn't be nearly as good and efficient if I hadn't learned how to type with all 10 fingers on an actual keyboard, and I can only pity authors who can't or, worse, type on their phones or stuff like that.

Then, cover design: I've had an interest in kalligraphy for as long as I've had computers, and choosing the right fonts, font weights, sizes, layouts, etc. is SUPER important to make a good looking book cover. Likewise, being able to read and understand license terms, knowing about the pros and cons of certain licenses and sources for good free licensed pictures goes an incredibly long way of finding the right images for my books, and saves me a lot of money that I would otherwise spend on cover designers.

Or, titles and such. Having worked in journalism gives you a good sense of what a catchy title (or "headline", as journalists call it) is and what gets people to read the actual text you want them to read. You learn to shorten it to the very essential bits, keeping some incentives in there while leaving out everything irrelevant. That's a skill in and of itself, and in many publishing houses there are people employed whose job is doing nothing else than to write headlines all day long.

In my work, I get to do all these things myself, which is very satisfying for me, and at the same time makes sure that the work I deliver is a coherent piece where every element plays into what I had in mind with the story. I like that, rather, a lot.
Where do you get your ideas from?
Everywhere! Life, people, conversations, news articles, tv shows, movies, anything! Ideas are everywhere! It's getting them into story form that's really the hard part.
Smashwords Interviews are created by the profiled author or publisher. 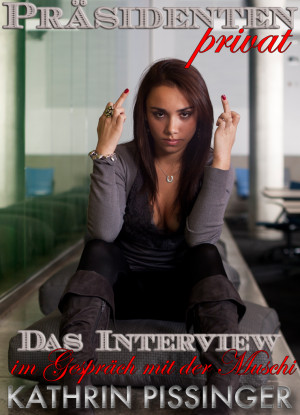 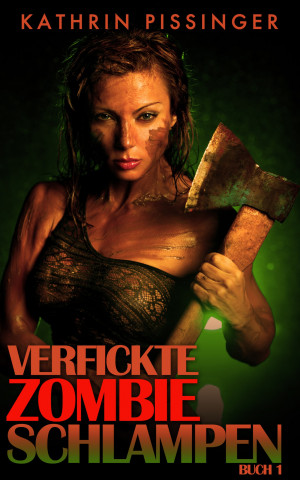 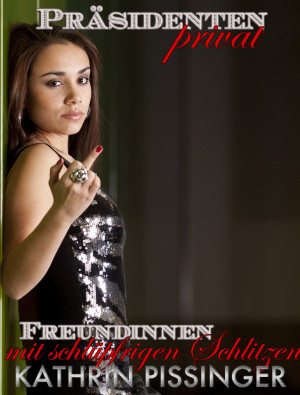 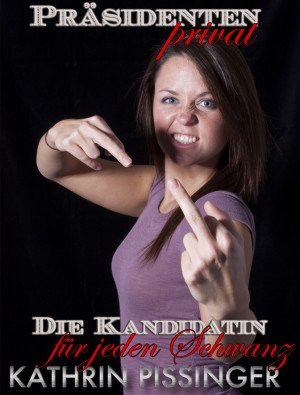 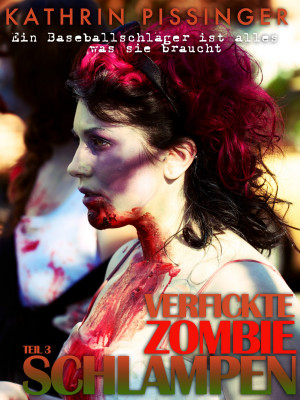 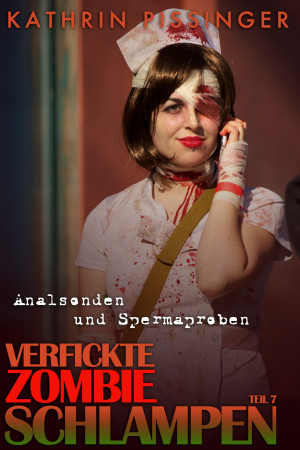 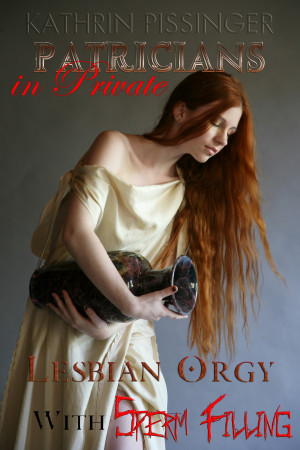 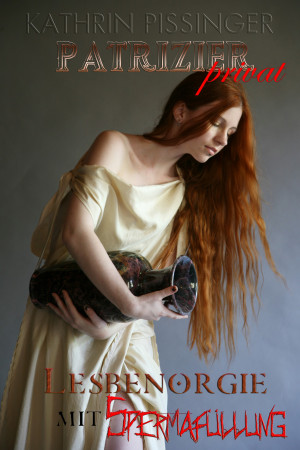 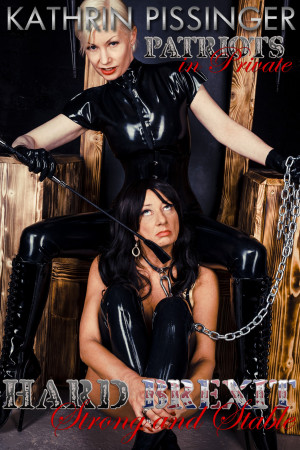 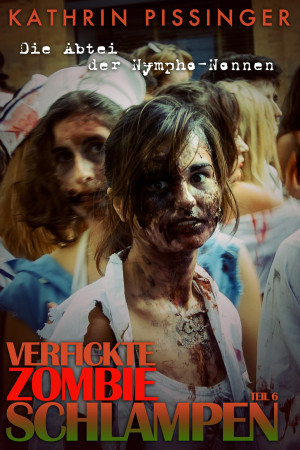