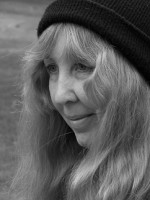 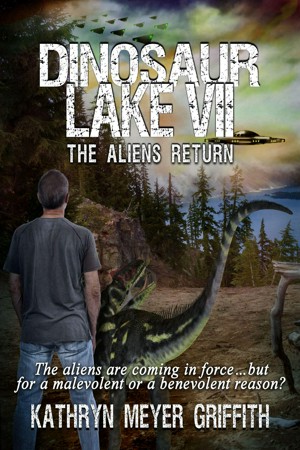 Dinosaur Lake VII: The Aliens Return by Kathryn Meyer Griffith
Price: $7.99 USD. Words: 93,130. Language: English. Published: October 5, 2022. Categories: Fiction » Science fiction » General
Ex-Park Chief Ranger Henry Shore has had his share of adventures and trials. But for many years he had a good life with his wife, Ann, and his daughter, Laura, being Chief Ranger at Crater Lake National Park. His life was perfect. Then the dinosaurs came. The Dinosaur Wars began. Now, years later, his daughter and wife are dead; the dinosaurs are gone…but now there are aliens. 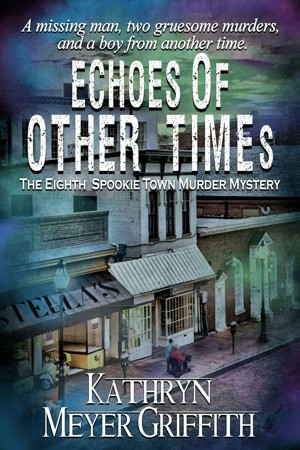 Echoes of Other Times by Kathryn Meyer Griffith
Price: $6.99 USD. Words: 94,200. Language: English. Published: March 19, 2022. Categories: Fiction » Mystery & detective » Women Sleuths, Fiction » Mystery & detective » Cozy
Frank, Abigail & Spookie, have survived the last horrific 2 years. Abigail is now painting ghosts. Frank will retire from his part-time job at the sheriff’s department, after he helps the sheriff solve one last missing persons case that ends with murders. Myrtle is befriended by a strange homeless boy. Glinda has a secret. Other townspeople are here, living their lives amidst the foggy mysteries. 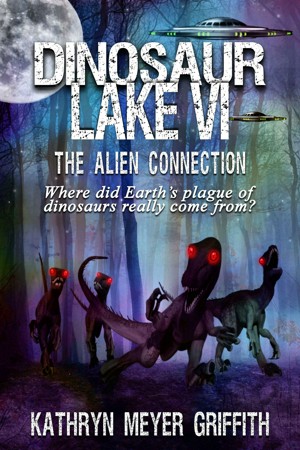 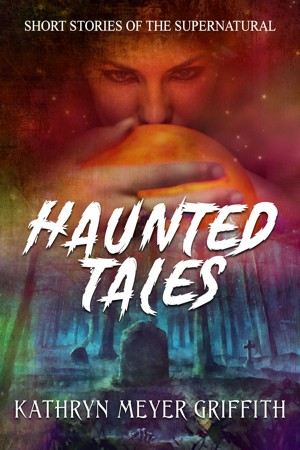 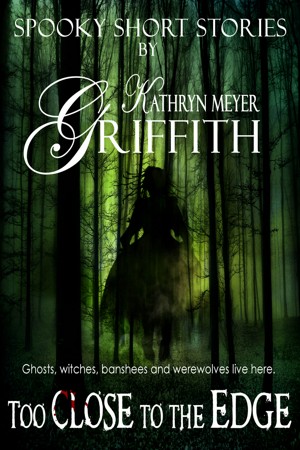 Too Close to the Edge by Kathryn Meyer Griffith
Price: $1.99 USD. Words: 6,490. Language: English. Published: September 18, 2020. Categories: Fiction » Horror » Ghost
There are ghosts that haunt the Grand Canyon...was the child real or was she a ghost? Maybe. 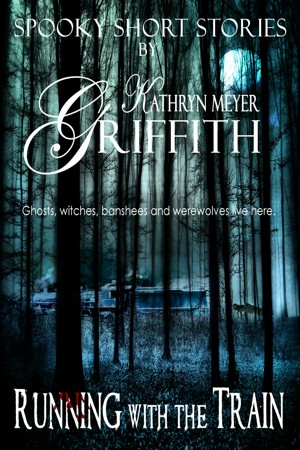 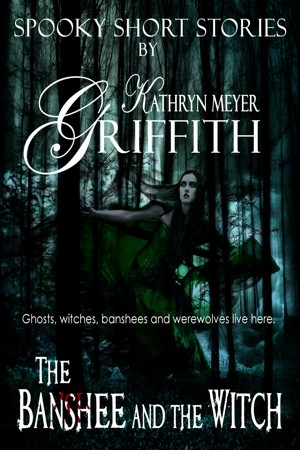 The Banshee and the Witch by Kathryn Meyer Griffith
Price: $1.99 USD. Words: 10,500. Language: English. Published: September 18, 2020. Categories: Fiction » Romance » Paranormal » General
What would a good witch do to remain young forever? Would she fight a banshee? Perhaps. 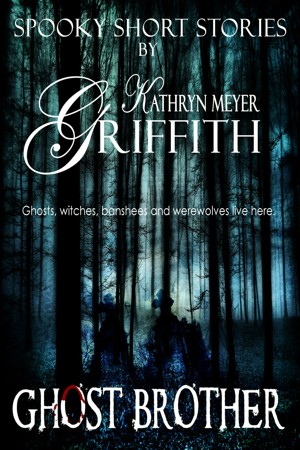 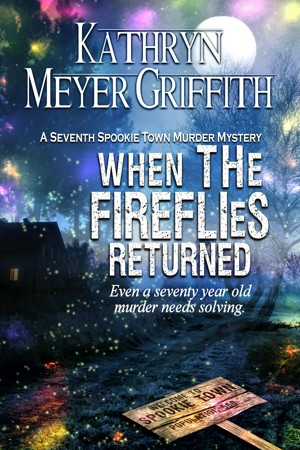 When the Fireflies Returned by Kathryn Meyer Griffith
Price: $5.99 USD. Words: 88,500. Language: English. Published: September 14, 2020. Categories: Fiction » Mystery & detective » Cozy
Where the 6th Spookie Town Murder Mystery was more Abby’s and Frank’s stories, their mysteries to deal with,solve and remain alive through;this 7th book is old Myrtle’s story. 2 mysteries,one from her far distant past of over 70 years ago;and one for the future,a dire prediction from her psychic grandniece,Glinda,that will affect not only Spookie and its inhabitants,but the whole world. 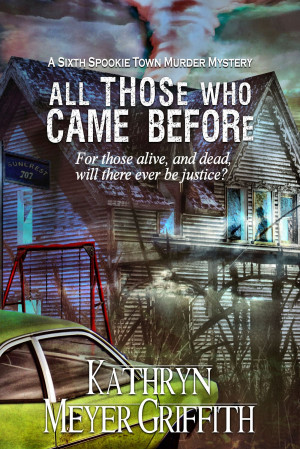 All Those Who Came Before by Kathryn Meyer Griffith
Price: $5.99 USD. Words: 85,510. Language: English. Published: January 19, 2020. Categories: Fiction » Mystery & detective » Cozy, Fiction » Romance » Suspense
The 6th Spookie Town Murder Mystery...a haunted house Abigail just has to paint and put on canvas; an empty house that may be dangerous and may or may not have ghosts. The investigation of Abigail's first husband's death a decade before will put her new husband, Frank, in lethal jeopardy as he tries to discover if it was really just an accident, as always believed, or if it was murder
View their profile to see all of their books