Published 2017-05-11.
What was the first story you wrote?
I do remember bits. When I say that I don't mean I can remember word for word chapter whatever... But I do remember writing some things where I was pretty obviously influenced by stuff I was reading at the time. I know I was reading The Exorcist some point in my teens and that certainly influenced one of my stories at the time about some kid spinning his head around. I also vaguely remember submitting some sort of short story about a German shepherd dog to my teacher at about the same time. (Was I influenced by Stephen King's book Cujo? I don't know if I'd read it at that point.) These days, I look back and I think I was writing 'German Shepherd' not 'German Shepherd dog'. So in my mind I can now see images of some German farmer running around and biting people. Hey, I suppose it could make some book at some point. I do remember my English teacher at around that time couldn't give me anything less than 18/20 for the short stories I submitted. He obviously didn't worry about the German shepherd running around the fields. Anyhoo... moving along...
Do you remember the first story you ever read, and the impact it had on you?
I'm not sure about the first book I read. I did read a lot of comics (I enjoyed Spiderman most of all) and Doctor Who books (yes, I confess I'm a Doctor Who fan). I do remember reading all the books in the The Chronicles of Prydain when I was in junior school. Also The Three Investigators books. They made me look at things in a different and analytical way.
What are your five favorite books, and why?
Stephen King's The Shining - taught me stories can be assisted by how you inventively format the words/sentences with a magnetic story. (Read it in my teens.)
Iain M Banks' Use of Weapons - showed me a different way of writing sci-fi and how you can make major surprises happen late in the story.
Flashman and the Redskins by George MacDonald Fraser - all of the Flashman books are amazing showing how you can mix factual history with amazing fiction. He was a brilliant screenwriter as well.
The Infernal Desire Machines of Doctor Hoffman by Angela Carter - a mad inventive journey!
The 13 1/2 Lives of Captain Bluebear by Walter Moers - funny, inventive and creative HUGE book!
What is the greatest joy of writing for you?
Of being absorbed into a world that's not what we normally experience. Plus during writing I often act out what I've written to get a feel for the pacing. I write how I feel. If I'm writing where a character is, say, frightened or angry I act it out. It's fun! I'm guessing Stephen King might have done that giving he acted in an adaptation for a short story he wrote that was in the Creepshow film. This story was called Weeds.
What's the story behind your latest book?
Deprivations came about as a mix of three stories and they all were subconsciously influenced by what we experience nowadays (including my own experiences like of my hearing difficulties and of deep desires). When I came to look at the finished product I realised I was drawing upon subconscious fears of what we see and feel. So the ever development of technology coupled with our in built instinctive human needs develop fundamental fears. Of course I'm not interested in the cliched Terminator story-lines - I'm interested in something deeper and that's where Deprivations develops.
How do you approach cover design?
Whilst I am an artist there was a different look I wanted. A friend suggested John Rayment whom I saw was a brilliant and inventive artist. I passed over the Deprivations novel and gave him no instructions about the cover design. There were incidents in the book that really stood out to him so he drew them in the cover. I immediately recognized the parts of the book he was referring to which of course I took as a huge compliment in that he could actually visualize what I'd written.
What is your writing process?
I tend to let my mind wander - often at night - and come up with ideas. I can get ideas from TV things I see or books - often text books - I read. Sometimes I can meet someone who gives me ideas just the way they are or what they are doing. If I get stuck I just walk away and do something else for a while (- it can be a few days). Deprivations was a mix of all those things. My novel The Devil's Sister came from a short film I wrote and directed called The Devil's Ring. In Deprivations and The Devil's Sister and other writings I wanted to write about familiar things but have a twist in them.
Where did you grow up, and how did this influence your writing?
I grew up in a nice middle class estate. My parents came from struggling working class backgrounds and they wanted something better for me (and too many attempts to give me text books). I think it made me never want to fit into what was expected so that affected my writing. (Plus my adherence to twisting facts!)
What are you working on next?
At present I'm working finishing on my next novel Imaginary Friends and Psychos. My novel The Ruler of Hell - The Devil's Sister is complete and will be published soon.
Describe your desk
Messy but that's often the sign of a creative mind!
What do you read for pleasure?
I'm reading Flashman and the Tiger at present.
Smashwords Interviews are created by the profiled author or publisher. 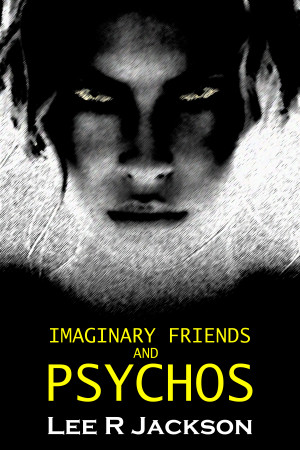 Imaginary Friends and Psychos by Lee R Jackson
Price: $3.95 USD. Words: 78,350. Language: English. Published: June 17, 2018. Categories: Fiction » Horror » Weird fiction, Fiction » Fantasy » Contemporary
I write about my life before a psychopath kills me. While she's imaginary it never stopped her from murdering people. I've seen imaginary people and a cat from most of my life. Two scientists secretly expose me to some sort of chemicals making me see this imaginary psycho. When anyone says her name she appears and kills them. So please don't say her name in this book. You have been warned. 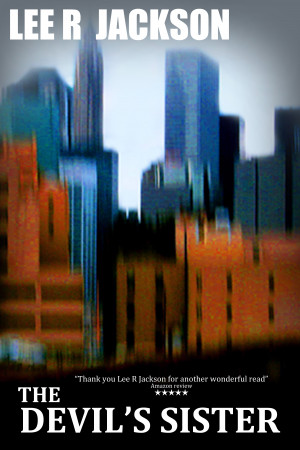 The Devil's Sister by Lee R Jackson
Price: $3.99 USD. Words: 104,770. Language: English. Published: June 12, 2017. Categories: Fiction » Fantasy » Contemporary, Fiction » Fantasy » Paranormal
What would YOU do if you were appointed the ruler of Hell replacing the Devil? The ruler of Hell is a temporary position. The Devil's sister made Satan disappear so the Devil could be appointed. Satan was found years later in a mental asylum. 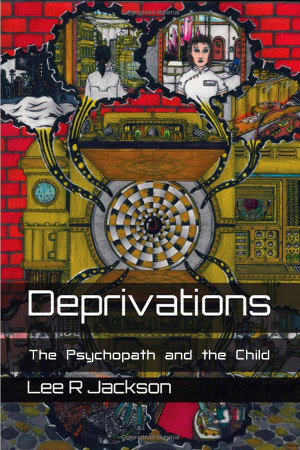 Deprivations: The Psychopath and the Child by Lee R Jackson
Price: $3.99 USD. Words: 101,070. Language: English. Published: May 10, 2017. Categories: Fiction » Science fiction » Utopias & dystopias, Fiction » Young adult or teen » Social Issues
Mahisa battles for her life, dictated to by a ruthless surgeon. Pursued by a cat/human psychopath, Mahisa searches for her son who is lost in a sealed city in another time.