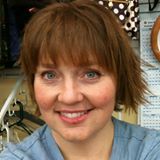 This interview has been viewed 807 times.

Published 2014-01-23.
How do you approach cover design?
With trepidation. I am not an artist but, besides the writing, the cover is the most important aspect for getting people interested in your book. I try to find a picture that is both beautiful and indicative of what the book is about.
What are your five favorite books, and why?
"Shanna" Kathleen E. Woodiwiss -Sweeps you into another time, and Roark is the ultimate Hero.
"Beast Behaving Badly," Shelly Laurenston -Hillarious and sexy. (anything from her I will read)
"Naked in Death" J.D. Robb-Incredible detail, world building and fantastic characters. The Ultimate bad boy gone good, and the love between them.
"Magic Bites" Ilona Andrews -Wow, can she write action. Love her characters, her world building, all of it. I wait breathless for her next installment to see what Kate and Curran are up to.
"The Gamble" Or really anything from Kristen Ashley. She started out self-publishing so she is an inspiration. Her characters are unique, sexy, real, and always manage to make me cry.
What do you read for pleasure?
Romance, Paranormal, contemporary. I love shapeshifters done well. stories that can make me laugh and cry are always best. Fantasy and futuristic occasionally. I have my favorite authors in most genres and then I scour for new ones in whatever genre is interesting me at the time.
What is your e-reading device of choice?
Kindle. I have the 3g one and a kindle fire HD. Love them both.
What book marketing techniques have been most effective for you?
Actually publishing my book was a good start. Now I have a web site, an author page on smashbook and Amazon, Twitter and Facebook. I blog and I have a new release e-mail.
Describe your desk
It's a delicate dark wood desk with nothing on it but my lap top, and a pad of paper.
Where did you grow up, and how did this influence your writing?
I grew up everywhere. We moved about every six months because that was just the way we were. My father left when I was young and my mom raised me and my two brothers while working and finishing college.
Influence? I certainly needed the escape of my imagination when starting new schools all the time. Lived in any book I could get my hands on.
When did you first start writing?
I can't even remember. Wrote romance in high school I do know that. Always wrote. It remains my favorite thing to do with my time.
What's the story behind your latest book?
My latest book released was "Beatrice and Douglas". It's a contemporary Romance. They were childhood enemies who grew up together. It is a funny engaging quick read, with just a hint of mystery going on.
What motivated you to become an indie author?
A lovely lady at Samhain sent me the best rejection I have ever had. She said she liked my voice and writing style but that my Alpha male was too Alpha and might put people off. But that she would like for me to send her anything I wrote in the future to her personally. I was ecstatic. I figured if she liked my writing, and I liked my Alpha, I should just put it out there and see who else does. Plus, I had discovered Kristen Ashley who was also indie at the time and I loved her books, so I went for it. "Keeping Her," continues to be my most popular series, so I guess I am not the only one who likes a little too much Alpha.
What is the greatest joy of writing for you?
The adventure of it all. I love writing. I would do it for free, so its great to make a living at it. In fact I can't imagine anything better.
What do your fans mean to you?
They still amaze me. People have embraced my characters, and I love that. Plus, there is nothing better than someone telling me they were having a rough time and my books made them smile. It's incredible.
What are you working on next?
"Web of Bones" is my next book. It's the second in the Dragon Mage series. Fantasy Romance. Shape-shifting Dragons, magic users and evil blood mages. What could be better?
What inspires you to get out of bed each day?
I'm a writer. I have a laptop. Technically I can stay in bed. But, if you are asking what makes me happy. My family, my faith and my writing.
When you're not writing, how do you spend your time?
Family, Reading, playing with my dog. Long road trips to anywhere.
How do you discover the ebooks you read?
I am a frequent browser when I am in a reading mood. I have favorite authors, but after I have inhaled all they have to offer I go looking for a new one.
Do you remember the first story you ever wrote?
The first story I ever finished was "Love By Grace." Still have it in a binder with the rest of my writing scraps and forgotten notebooks. It was a contemporary Romance. Come to think of it he was pretty alpha male too.
What is your writing process?
I write, and the next day I read what I wrote the day before, making changes and fixing mistakes, and then I write some more.
Do you remember the first story you ever read, and the impact it had on you?
I remember my first Romance. I was twelve. "Shanna" by Kathleen E. Woodiwiss. Romance, action, even pirates. Roark Beauchamp. sigh. Still have a copy of that book, and I read it every few years. In a really good story you get swept away. That was one of the best. I knew what I wanted to do from then on.
Smashwords Interviews are created by the profiled author or publisher. 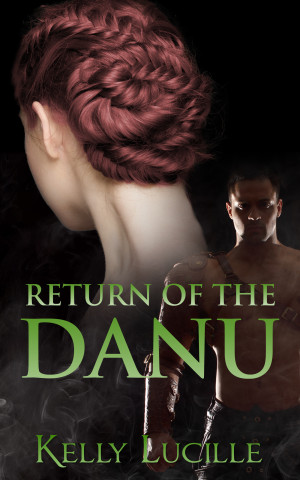 Return of The Danu by Kelly Lucille
Series: The Danu. Price: $2.99 USD. Words: 51,240. Language: English. Published: June 23, 2020. Categories: Fiction » Romance » Fantasy
Prince Ansgar The Bloody has no love for magic users, and he trusts the Danu even less than the magic shrouded Green they command. Elena has spent her whole life hiding from the Warriors of the South after they burned her beloved Green and killed most of her people in their bid to take the North Lands, she is not about to start trusting them now. 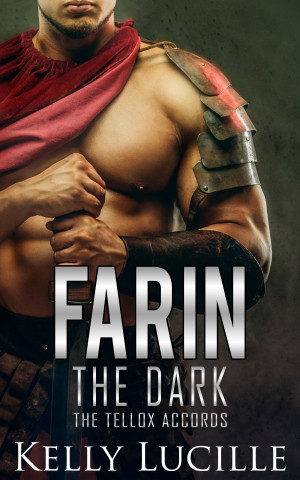 Farin The Dark by Kelly Lucille
Price: $2.99 USD. Words: 40,530. Language: English. Published: June 15, 2020. Categories: Fiction » Romance » Sci-fi, Fiction » Romance » Paranormal
Twenty years after Sara, the first compatible Tellox mate was discovered on Earth, a new generation has come of age. Farin the Dark, High Commander of the Tellox warriors, has brokered a deal with both the quickly adapting government of Earth and the planets of the intergalactic Alliance for the right to test females for bonding compatibility with his warriors. Then he finds the one he wants... 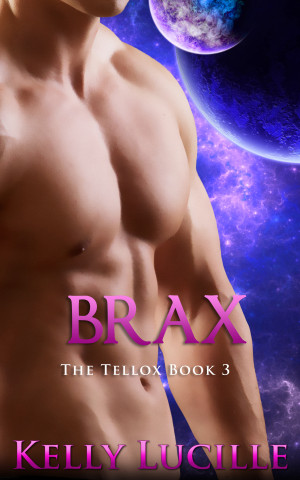 Brax by Kelly Lucille
Series: The Tellox. Price: $2.99 USD. Words: 35,740. Language: English. Published: December 6, 2018. Categories: Fiction » Romance » Sci-fi
Ariel Bird has always been out of sync with the rest of the world. Turning eighteen with two doctorates has not helped matters. But it never mattered to her as long as she had her sisters. Only now those sisters have disappeared and strange spaceships have been seen in the night skies again. Everyone thought the Alien threat had come and gone. They were wrong. 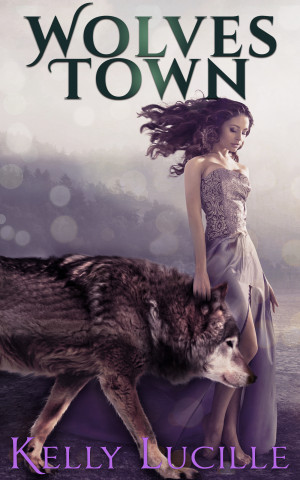 Wolves Town by Kelly Lucille
Price: $2.99 USD. Words: 23,390. Language: English. Published: November 6, 2018. Categories: Fiction » Romance » Paranormal, Fiction » Romance » Contemporary
First among his people, wolf alpha Cooper Hayes is visiting another wolf's territory when he finds something he cannot live without. Only she has no idea who or what she really is. He has two choices, he can walk away and leave her to possibly be found and claimed by the rightful First of her territory, or, he can take her. 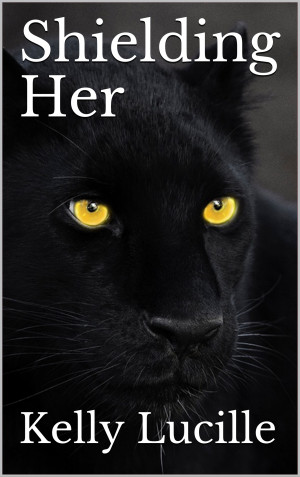 Shielding Her by Kelly Lucille
Series: Keeping Her. Price: $3.99 USD. Words: 59,220. Language: English. Published: November 6, 2018. Categories: Fiction » Romance » Paranormal, Fiction » Romance » Contemporary
​Eli Ramsay is the last unmated adult male of the Lionsgate pack, but that doesn't mean he's looking for anything more complicated than some after hours fun in the sun when Lionsgate is called back to “A Bene Placito” on a job. He never counted on meeting his mate. 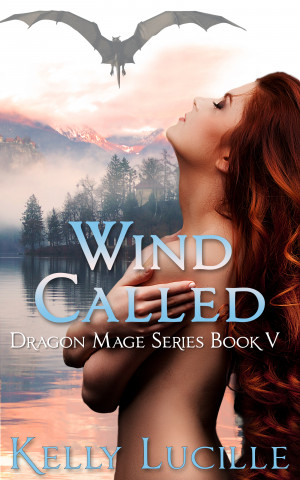 Wind Called by Kelly Lucille
Series: Dragon Mage. Price: $2.99 USD. Words: 32,120. Language: English. Published: April 19, 2018. Categories: Fiction » Romance » Fantasy
Lady Clare, adopted daughter of the combined Dragon house of Fire and Water has come of age, and she is through waiting for her mate to finally see it and lay claim to her. A powerful wind mage and dragon hybrid many fear Lord Theron of Seatown, and for good reason. He is in no position to claim or protect the innocent and fragile young mage who is his mate. Let the battle begin. 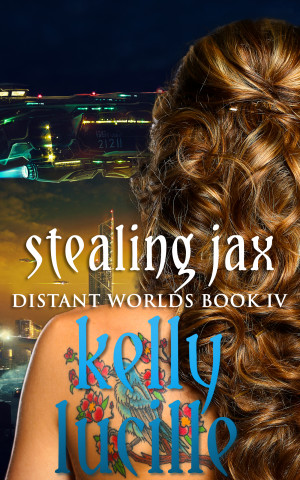 Stealing Jax by Kelly Lucille
Series: Distant Worlds. Price: $3.99 USD. Words: 47,450. Language: English. Published: April 19, 2018. Categories: Fiction » Romance » Sci-fi
Tolan Lark is a Shakien Cat, mercenary, space pirate and occasional spy for the Alliance, but his hunt to end Cor Warrung and the death games has become all consuming, until there is nothing and no one he will not risk to finish the job. At least there is no one he would not risk until he claims a mate. Jax is a royal Dainaree who has left her planet and people behind to follow her own path. 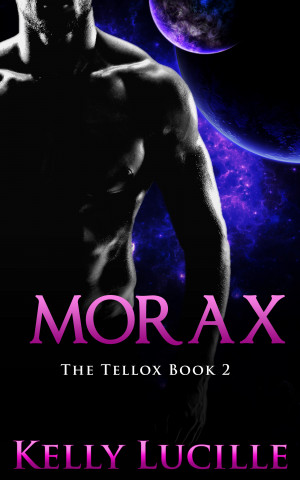 Morax by Kelly Lucille
Series: The Tellox. Price: $2.99 USD. Words: 36,980. Language: English. Published: April 19, 2018. Categories: Fiction » Romance » Sci-fi
Morax is a Tellox, built for the sole purpose of battle and the hunt. An assassin during the great wars, he has lived most of his life in the shadows. Even among his own kind he is feared. Now a blood mate has been found among the humans of Earth, everything is going change, because the Tellox finally have something worth fighting for. 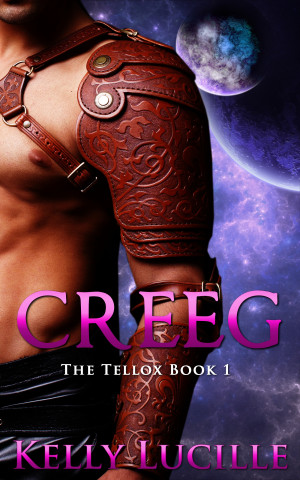 Creeg: The Tellox book1 by Kelly Lucille
Series: The Tellox. Price: $2.99 USD. Words: 37,260. Language: English. Published: May 17, 2017. Categories: Fiction » Romance » Sci-fi
A science fiction romance that begins a new series. They were created, betrayed and nearly eradicated as a species. The rest they did to themselves. But they have no females left, and with the destruction of their bloodmates so long ago, nothing worth fighting for. So they wander, they battle, and they hunt. A small Earth female named Sara is about to change everything. 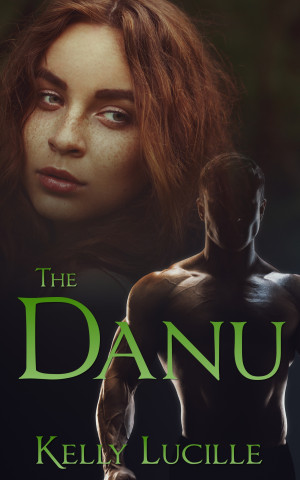 The Danu by Kelly Lucille
Series: The Danu. Price: $2.99 USD. Words: 42,310. Language: English. Published: January 30, 2017. Categories: Fiction » Romance » Fantasy
Katrine was a child of the Danu. Her people were peaceful forest dwellers with a connection to the natural world and forest magic that others came to both envy and fear. When the lands of her people where claimed by invaders, fear turned to fire and everything she knew was destroyed. She expected it to be hard, what she didn't expect was catching the eye of one of her peoples worst enemies.
View their profile to see all of their books