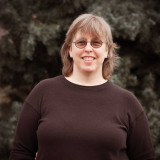 Published 2015-02-20.
Do you remember the first story you ever wrote?
I do. I even completed it. It was a fantasy involving shape-shifters. It wasn't very good. But I was only twelve.
What is your writing process?
I have an inciting scene that comes to mind, not always the opening scene, but usually, and a general idea of where I want the story to go. Then I develop the characters until they tell me what is going to happen next. It is called 'pantzing' - or writing by the seat of my pants, and as a method it has its pros and cons. The pros are that my stories usually have unpredictable twists to them, and I am often amazed that something I just casually threw in at the beginning of the story then ends up playing a part further on. (For instance, the mention of coyotes bothering the herd in Last Second Chance, which leads to a reveal that a rifle is kept in the foreman's cabin - which then turns out to be an important thing to know later in the book.) The cons are that sometimes I write my characters into such a pickle that I get blocked trying to figure out how to get them out of it. But again, I think that makes for a much more interesting read.
Do you remember the first story you ever read, and the impact it had on you?
I don't think it was the first, but I remember reading Anne McCaffrey's Harper Hall trilogy. It was a fantastic escape. I felt the joys and sorrows and excitement, and it just fired me up. I wanted to find my own dragons to Impress or at least fire lizards. I also remember being fascinated by Lloyd Alexander's Prydain Chronicles, and Rosemary Sutcliffe's books about Roman England, and the chieftain they called Artos the Bear. Oh, and Madeleine L'Engle's Wrinkle in Time books. All of them just sparked my imagination, my fed my curiosity, and inspired me to create my own stories. As a matter of fact, I once met Anne McCaffrey at a book signing and told her about an idea I had for a Pernese character, and she told me to write my own world. And you can just bet I did!
How do you approach cover design?
I have my cover designer, Dana of Designs by Dana, read the book and then we bounce back and forth with photos and ideas, gradually narrowing it down until we have the perfect design. She is awesome. The covers I made myself using CreateSpace's cover creator did not convey the story well enough to capture reader's attention, and Dana breathes life into the stories by finding great images.
What do you read for pleasure?
I'm all over the place. I have made so many new friends in the indie community that I haven't read a traditionally published author in over a year. I enjoy romantic suspense, and some sweet and steamy romances, but I also just finished a YA dystopian that was quite good, and a post-apocalyptic survival/love story with zombies....
What is your e-reading device of choice?
I use the Kindle app on my tablet or phone the most, but I also use Google Play Books because it has a pretty decent read aloud feature, which comes in handy for listening to books while I bicycle or work out at the gym, or when I'm driving and don't have an audiobook handy.
What book marketing techniques have been most effective for you?
Oh, I loathe marketing. I'd much rather just connect with the people who read my books, and enjoy the same kinds of books as I do. I spend quite a bit of time on facebook and goodreads, and make myself very available, but I don't know how much that directly affects my sales. I hope it is effective, because I sure don't like beating my friends over the head with advertisements.
Describe your desk
What desk? I have a nifty set up with a reclining couch, and a tilt tabletop so the laptop screen is at eye level, and a wireless keyboard that I keep on my lap, and a wireless mouse that sits on the arm of the couch. I have various notes on the side table and literally dozens of windows open between three different browsers, so I can do research and write and keep up with my friends on social media. I don't usually have any distractions in the form of music or television - especially while I am creating, but I do open the blinds to the big picture window so I can rest my eyes while watching the birds in the trees and the sun shining (or rain falling) in the branches.

That is while I'm at home. When I'm on the road, I sit in the sleeper of the truck, with my laptop on my lap and do my best to hang on and write while my husband drives. Guess which setup I prefer? As much as I enjoy being a truck driver, I look forward to next fall, when (the plan is) I get off the truck for good and make a go of writing for a living.
When did you first start writing?
I honestly can't remember not writing, but I'm sure I had to have been around twelve. I wrote poems at a very young age, and completed my first fantasy novel in the 6th grade. The poetry helped me process the angst I felt as a teenager, and it was my form of quiet rebellion. I could write about how much I hated being dragged to church, or how the boy next door broke my heart, without having to act out about it. It was freeing in a way. The novels from that time period were escapism, too. Now I write to explore characters, and how they respond in critical situations. I write to explore other lifestyles and the nuanced differences between the way I live and the way my characters live. Perhaps someday I'll branch out in to foreign countries, but right now, there is such rich diversity right here in America that I can fill dozens of books.
What's the story behind your latest book?
Ah, Last Second Chance is a testament of hope for people who have been down on their luck. Tim Reardon spent time in prison, and when he gets out he is bound and determined to change his life for the better. I have known several people who have done time, and most are truly trying to get their lives back in order, but it is a hard row to hoe.

When I realized I had enough material to continue with more stories about the people I introduced in Last Shot at Justice, and decided I would launch the Boys of Syracuse, Kansas, series, for some reason Tim jumped up and said "Me next!" I've been anxious about this story, because I'm not sure how people would react to a hero who is an ex-con. Would people believe in him as much as I do?

I wanted to show some of the challenges ex-cons have to deal with, between the heartaches of losing loved ones while they're inside, to dealing with parole officers who don't have time for them and don't expect them to succeed in life, to trying to find a job in a tough job market. It's not easy to move forward when a mistake has landed you in prison, but it isn't, or at least it shouldn't be, a neon sign that says "I'm a screw up and you can never trust me." My experience with ex-cons has shown me that the ones who do succeed have more heart and character than the average Joe.

We are not our mistakes, but we do need to learn from them. Tim is a shining example of what a man can do if he's given one last second chance.
What motivated you to become an indie author?
I just wanted my stories to be available for people to read. I'm not naturally someone who can sell myself, and so I wasn't getting anywhere with the traditional publishers. When eBooks came up, and Print on Demand technology arrived, I realized I could get my stories out there. I work hard to produce a good product. I have my work professionally edited, and I have a great cover designer. I get such enjoyment out of reading, and I want to contribute to the library of works out there for people to enjoy.
Smashwords Interviews are created by the profiled author or publisher. 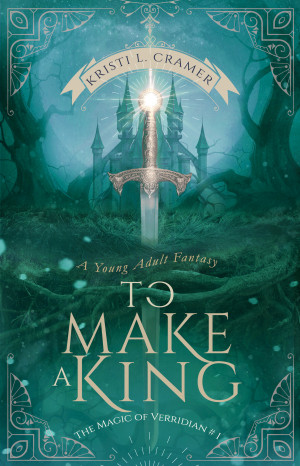 To Make a King by Kristi Cramer
Price: $3.99 USD. Words: 123,710. Language: English. Published: April 25, 2018. Categories: Fiction » Young adult or teen » Fantasy, Fiction » Coming of age
Family, Love, Magic. Friends & Enemies. Crowns & Usurpers. Visit Verridian and meet an unforgettable cast of characters in a world you can sink your teeth into. Follow the royal family of Fair Haven, monarchs of The Outlier Islands, as they navigate treachery, intrigue, good magic and evil, to find a message of hope, family, and the power of love to conquer all. 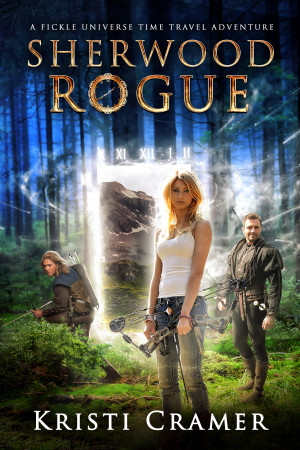 Sherwood Rogue by Kristi Cramer
Price: $3.99 USD. Words: 127,800. Language: English. Published: May 1, 2018. Categories: Fiction » Young adult or teen » Adventure, Fiction » Fantasy » Historical
At nineteen, my life was anything but the fantasies of my childhood. I was free, but alone. I was surviving. Until I hiked into the mountains and carelessly challenged the universe to notice me. When a door of white light appeared and compelled me to step through, I did. Into the greatest trials I'd ever face, as an outlaw alongside Robin Hood. I would fight, kill, love...and I would live. 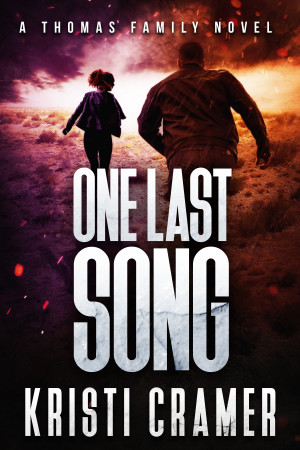 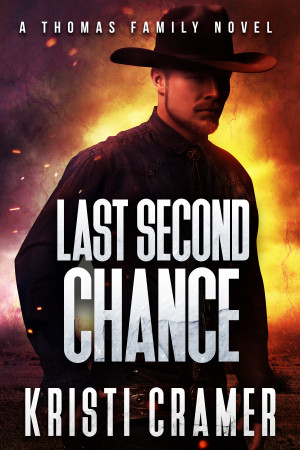 Last Second Chance (A Thomas Family Novel #2) by Kristi Cramer
Series: The Thomas Family Novels. Price: $2.99 USD. Words: 65,980. Language: English. Published: February 17, 2015. Categories: Fiction » Inspirational, Fiction » Romance » Clean & wholesome
An ex-con's search for a new start leads to a chance at a life and a love he never expected. But the life he left behind won't stay quietly in his past. Just when Janie Thomas thinks her life is leveling out, two men appear to shake things up. 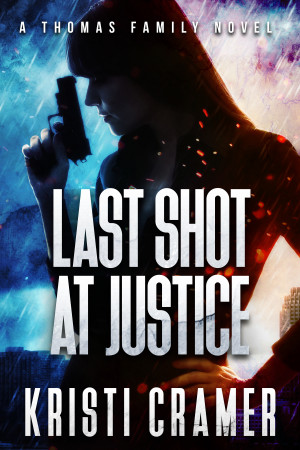 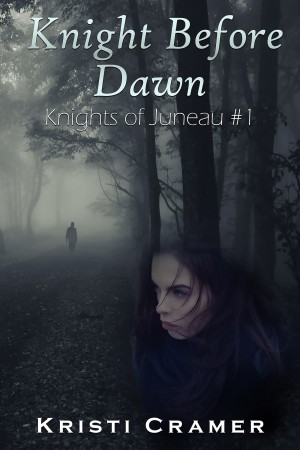