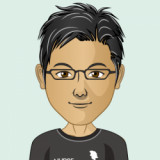 Published 2018-03-04.
When did you first start writing?
I started writing stories as far back as the first grade. Sure, those were simple, whimsical stories entirely influenced by Saturday morning cartoons, but it set the stage for future endeavors.

In high school, I started working on a fantasy novel, but that ended up reading entirely too much like an RPG-influence dungeon crawl with few surprises.

During my college years, I spent a lot of time studying the comic book industry with the hopes of writing an ongoing series at some point. However, the nature of that industry at the time made it difficult for newcomers with no industry contacts to even get their scripts looked at, much less accepted.

Early adulthood left little time for creative endeavors. Ideas danced around in my head, but nothing ever got written down properly.

I suppose my recent interest and motivation could be considered part of my "mid-life crisis", but this seems a lot more healthy than a sports car and twenty year-old mistress.
What's the story behind your latest book?
I'm writing primarily "damsel in distress" fiction at this point, which is something that has always piqued my interest. These are heavily influenced by similar scenes in the cartoons and movies of my youth along with the videos produced by studios such as Harmony Concepts back in the late 1990s and early 2000s.
What motivated you to become an indie author?
Mainstream publishing has zero interest in this kind of material, so independent publishing seems the best way to go. Publishing on widely-known platforms such as Smashwords gives more exposure for my work and hopefully some constructive feedback.
What is the greatest joy of writing for you?
It's a creative outlet and a chance to indulge in my fantasies without the risks associated with real-world enactments. Additionally, once a story is complete, I can look at it as a thing I created which has the possibility to outlive my own mortal form.
What are you working on next?
I'm working on the first novel in a series titled "Beautiful Thunder". The heroine of the series is a Thai martial arts instructor in a small fictional Indiana town that gets into all sorts of predicaments. Basically, think of those amateur sleuth/adventure series from 1980s prime-time television and give it a bondage-themed slant.
When you're not writing, how do you spend your time?
I probably spend too much time on social media (Twitter and DeviantArt mostly), and then, of course, there's that infernal day job that actually pays the bills.
How do you discover the ebooks you read?
Recommendations from friends or social accounts I follow, with the occasional bit of idle browsing on Smashwords or the Kindle store.
Do you remember the first story you ever wrote?
Back in early high school, I started a pretty generic fantasy dungeon crawl adventure that I was going to turn into a full book. I think I only got 20-30 pages in before life got in the way.
What is your writing process?
Generally, I try to come up with a really basic plot. At that point, I start subdividing it in places to add characterization, descriptions, and of course, the obligatory tie-up scenes. If it's just a short story, I can usually start the first draft from this basic outline. Longer material needs further refinement to deal with pacing and chapter breaks.
What do you read for pleasure?
My tastes run all over the map. I like heavy action like Robert E. Howard and Clark Ashton Smith. I used to be an avid comic book collector, but have since transitioned into trade paperbacks and graphic novels. John Ostrander, Alan Moore, and Bryan Talbot are some of my favorites here, along with Adam Warren's "Empowered" series. I'm also a fan of the Hard Case Crime novels and related material. I'll also read a few nonfiction books that catch my eye from time to time.
What is your e-reading device of choice?
I typically read off an Android tablet with the Amazon Kindle or Aldiko apps.
Describe your desk
Controlled chaos.
What do your fans mean to you?
Literally everything. If no one read my work and told me what I was doing good or bad, then there would be almost no point in writing at all.
Smashwords Interviews are created by the profiled author or publisher. 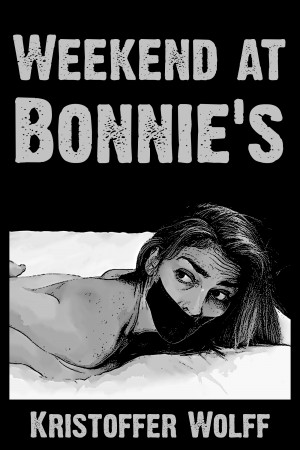 Weekend At Bonnie's by Kristoffer Wolff
Price: $0.99 USD. Words: 3,220. Language: American English. Published: June 30, 2018. Categories: Fiction » Themes & motifs » Crime, Fiction » Thriller & suspense » Crime thriller
Bonnie is ambushed in her bedroom by an intruder looking for her boyfriend. Bonnie doesn't HAVE a boyfriend, however, and her captor isn't allowing her to tell him he's in the wrong apartment. 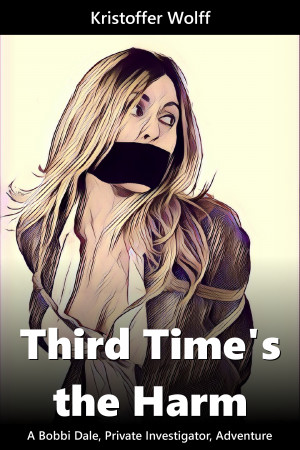