Published 2014-10-08.
Do you remember the first story you ever wrote?
As a journalist, I wrote hard news, analyses, and features. I came to fiction rather late. "The Shoestring Greeting Card Company" was my first serious foray into fiction writing.
What is your writing process?
I'm terrible at outlines. Instead, I write bullet-points of what I want to cover and where I want to go in a story. I do a lot of self-editing and rewriting as a go. Blame journalism for that. I write about the process weekly in my blog howtobeabetterwriter.com.
Do you remember the first story you ever read, and the impact it had on you?
I first got hooked on wanting to become a journalist by reading about famous World War II journalist Ernie Pyle.
How do you approach cover design?
I'm very visual. I see the scenes I write, but I'm less a designer than an explorer when it comes to covers. I found the art for both "The Mystery of Santa's Watch" and "The Moose That Saved Christmas" by exploring the Web. A cover needs to catch the browser's attention but also deliver the first lick of the lollipop that makes him or her want more. You get but one chance to make a first impression and have but a few seconds to do so.
Smashwords Interviews are created by the profiled author or publisher. 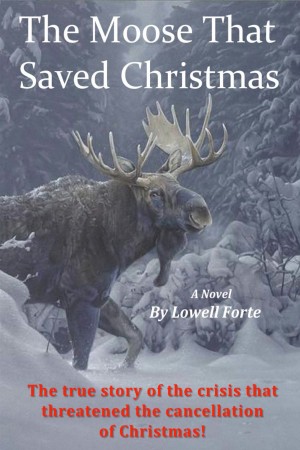 The Moose That Saved Christmas by Lowell Forte
Price: $2.99 USD. Words: 21,450. Language: English. Published: November 16, 2014. Categories: Fiction » Adventure » Action
Elf Printer has been assigned by Santa to find and train a team of moose from the Yukon Territory to serve as substitutes for the reindeer, taken gravely ill from eating some bad moss. As Printer's team of Eskimos complete their efforts with Mabry, Mason, Malcolm, Masher, Merlin, Markham, Mica, and Master, a pack of wolves show up with other plans and Santa might have to cancel Christmas. 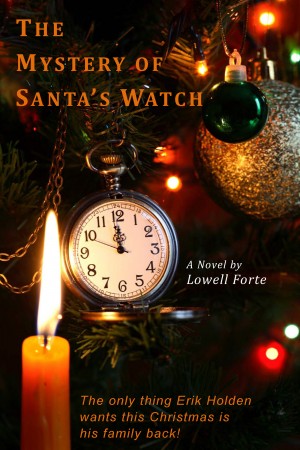 The Mystery of Santa's Watch by Lowell Forte
Price: $3.99 USD. Words: 42,500. Language: English. Published: November 9, 2014. Categories: Fiction » Young adult or teen » Science Fiction
Can the mysterious powers of a pocket watch lent to Erik Holden, newly orphaned by a horrific Thanksgiving night car crash, help get his family back? Before Erik can find out, the watch is stolen and it becomes a race against time by police Sgt. Frank Donovan and Mr. Nicholas, the hospital Santa who lent the watch to Erik, to find and recover the timepiece before its powers terminate.