Published 2013-09-13.
Which one are you?
Since this is a joint authorship, I take this opportunity to point out that this is Louise. We may be identical twins, but Liz's answers would definitely be different to mine. This is good in a writing partnership. If we never disagreed our collective work would be much the poorer.
What do you read for pleasure?
I'm trying to catch up on my classic sci-fi right now with Slaughterhouse 5 and The Handmaiden's Tale. I've also got a long list of 19th century classics on my to-do list. I never seem to get round to it somehow. The next Marvel comic collection comes out, or there's a new YA fantasy at the cinema which I can't go see without reading the book first... I'm a trend-follower.
Do you remember the first story you ever read, and the impact it had on you?
Our mother read several classic children's books to us when we were very young. I remember The Hobbit vividly and my tastes have been towards fantasy ever since. As far as independent reading goes, I think it was The tale of Jemima Puddleduck. I remember the neatness of the square hardback cover, and the bright colours of its fellow Potters. It was magical.
When did you first start writing?
I remember telling each other fan-fiction stories about The Muppet Babies cartoon, but in terms of the written word it would be exercise books full of talking squirrels that appeared after I read Redwall. We could only have been seven or eight then. The early work no longer exists, and I'm not sure if I'm sorry or grateful for that. The oldest surviving piece is a fantasy trilogy called The Rurendan Saga, which is not and may never be published - that was complete by seventeen. It has a tie-in short story Faith, and that's the earliest of our published titles.
What is the greatest joy of writing for you?
The great thing about writing is when the story just flows. Then there are the days when you wish you had stuck to daydreaming and never bothered writing it down because then you could just pretend this scene was finished already. Of course, I then wouldn't have Liz's opinion... I take back what I just said. The best thing about writing is when other people tell you what they thought of the stuff that was previously just in your head.
How do you approach cover design?
I try to keep it simple, heading for icons and abstract representations. Partly this is because I expect them to mostly be seen as thumbnails, where less is more, and also because I'm only a novice painter. A professional designer could certainly make them neater, but then they wouldn't be mine.

The designs are based on the story, of course. I only have two rules - I always use the same lettering, and the backgrounds are black for the novels and cream for the short stories. In 2015 I hope to publish a set of novellas, so I suppose I'll have to extend my system.
What's the story behind your latest book?
The latest book, Therion, is the second of the Leviathan series. It picks up immediately after the first with the human crew stranded on an immense alien ship and tells how they struggle to take control of their environment. I intended this series to be a single short story, since I usually write for fanzines, but it grew on me (in both the emotional and the wordcount sense) and it's now two novels. Three if you count to co-universe Handmaiden series. I have no regrets about that.
What are you working on next?
I'm working on the third Leviathan Pathiel. The next book out is Chapel in the Waste, the second of the Handmaiden series, but that's currently on Liz's work pile. We rarely work on the same project at the same time - some arguments good, nothing but arguments bad. We expect Chapel to be out in Feb-14, Pathiel in Aug-14 and The Snowglobe (which is a steampunk fantasy) in 2015.
Smashwords Interviews are created by the profiled author or publisher. 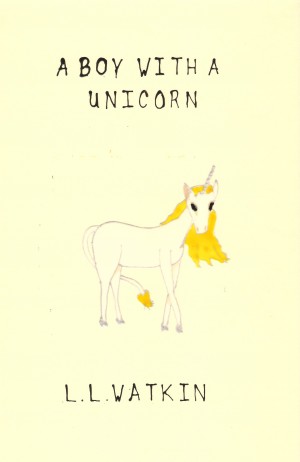 Mary joined Lydia at the window. William was riding out of the gates, messy as always. Neyleia was looking splendid, her horn shining brightly against the gloomy day. “Off to see another doxy, no doubt,” his mother muttered sourly. “No doubt.” Mary looked again at the unicorn. Clearly no-one else saw the same thing she did. Either she was mad, or he was much more special than he looked. 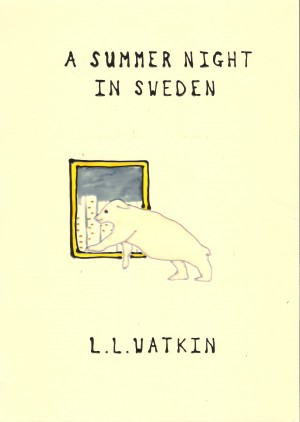 Winter is freeing, and fun, and glorious. On the long nights when I’m able to stretch my legs and stalk for miles across a frozen world life feels worthwhile again. Frost settles on my flanks, my back, turning the dull white fur to sparkling moonlight. Making me beautiful. Summer though, summer is day after day of trapped in this skinny human frame. I hate summer. 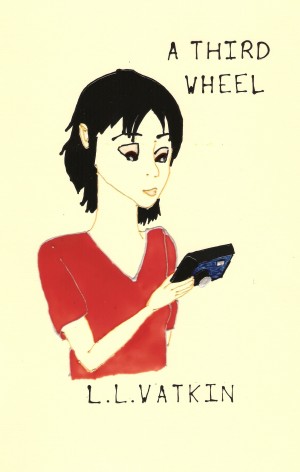 A Third Wheel by L L Watkin
Series: LL Watkin Stories. Price: $0.99 USD. Words: 4,470. Language: English. Published: June 26, 2015. Categories: Fiction » Science fiction » Short stories
A rare break in the ever-present storm caught Miko’s breath. For a moment the air cleared and she could make out the blue sky unbelievably far above her. She snapped a picture because otherwise Pasha would never believe her. Her grin faded. What was that cloud? Rising high above the others like a hideous grey mushroom, it chilled her heart. Was that normal? 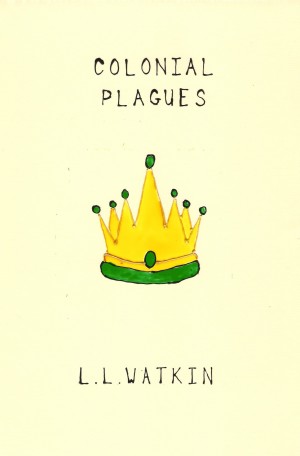 Colonial Plagues by L L Watkin
Series: LL Watkin Stories. Price: $0.99 USD. Words: 4,380. Language: British English. Published: May 15, 2015. Categories: Fiction » Fantasy » Paranormal, Fiction » Science fiction » Short stories
It’s been years since Missra was executed for her treason and her soul bound in service to the Goddess she hates. There aren’t many compensations, but being the most powerful magical healer of her generation gets her out of the box occasionally, and colonists do catch the most entertaining diseases. 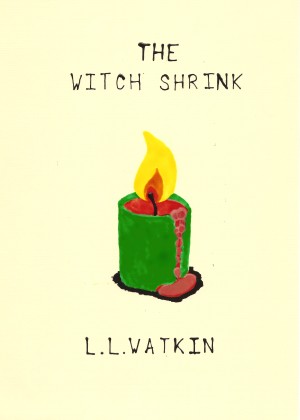 The Witch Shrink by L L Watkin
Series: LL Watkin Stories. Price: $0.99 USD. Words: 9,600. Language: English. Published: March 27, 2015. Categories: Fiction » Fantasy » Short stories
Their hour was almost up and Heather had spent most of it at the window, facing outward. Dr Schever didn’t interrupt and didn’t push, but the pressure of her unspoken questions was preying on Heather’s mind. She couldn’t tell the doctor what she really was and certainly not why she was really there. The shrink would not approve of either. 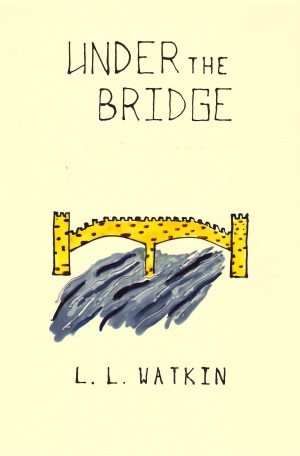 Cath was too old to be terrified by the prospect of a blind date. Considering your options while unable to sleep at two o clock in the morning didn’t mean you were scared. He was some kind of supernatural, her mother promised, which should make for interesting conversation. Honestly, how bad could it be? 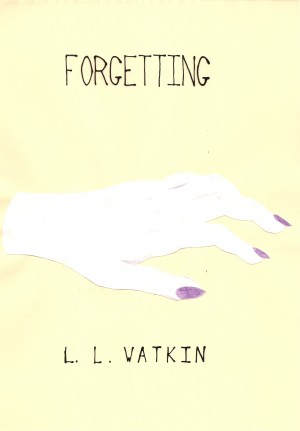 Forgetting by L L Watkin
Series: LL Watkin Stories. Price: $0.99 USD. Words: 5,600. Language: English. Published: September 19, 2014. Categories: Fiction » Science fiction » Space opera
It was a perfect security system. The ship would only answer to one person and that could not be over-ruled. Perfect for a mission of scientific research, but not so great when the ship is under attack and that one person makes a fatal mistake. 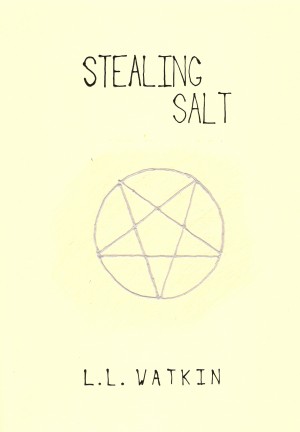 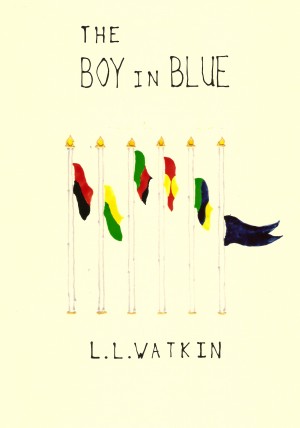 The Boy in Blue by L L Watkin
Series: LL Watkin Stories. Price: $0.99 USD. Words: 6,580. Language: British English. Published: June 27, 2014. Categories: Fiction » Fantasy » Short stories
Half-gods are supposed to be heroes, the kings of legend and the doers of great deeds. Unfortunately, Daenan, despite his semi-divinity, is still just a boy and for him it isn’t going to be so easy to win the Games and succeed to his step-father’s throne. He will need all of his tricks, lies and bargains if he’s going to make it. He might even (whisper it) have to cheat. 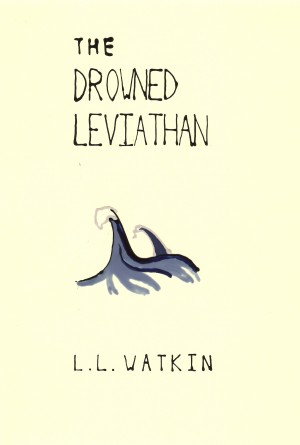 The Drowned Leviathan by L L Watkin
Series: LL Watkin Stories. Price: $0.99 USD. Words: 8,550. Language: English. Published: May 17, 2014. Categories: Fiction » Science fiction » Short stories, Fiction » Science fiction » General
Emma's just won salesman of the month and what does her manager do? Reminds her that she’s legally obliged to take vacation. Which is how she wound up here, in a beach resort which was sold to her as the most relaxing (i.e. boring) place to go. Lying travel agent. Why couldn’t they have said “Go here and get crashed into by a falling alien spaceship?”, then she’d have gone somewhere else!
View their profile to see all of their books