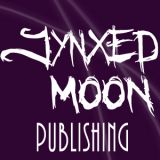 This interview has been viewed 388 times.

Published 2013-11-06.
What is your writing process?
Though I would never consider myself a morning person, somehow I get the most work done in the earlier hours of the day. For years I've forced myself out of bed way earlier than I would need to be to be able to write for an at least an hour. Once I force myself to sit I just let my fingers type away. First drafts are first drafts for a reason, I'll fix issues later. So long as I get the ideas on paper (or in Word), I'm on the right path.
Do you remember the first story you ever read, and the impact it had on you?
The first 'full length' book I ever read was Stephen King's Misery. I remember being in sixth grade and wanted to seem 'grown up' by reading something that was scary and for 'adults'. I loved every word and flew through it. I've been a King fan ever since!
How do you approach cover design?
I try to factor in elements that are important to the story, but as they say, "keep it simple!" Too much and your cover gets muddled and lost.
What is your e-reading device of choice?
I currently own a kobo glo and love the backlight feature. It lets me read in bed while my husband sleeps!
What are some of your favorite books, and why?
Lolita by Vladimir Nabokov - No book has better prose than this. It's unfortunate that so many people shy away from it because of its content. It's a beautiful book.

Geisha, A Life by Mineko Iwasaki - The true life of the woman who inspired Memoirs of a Geisha. The real world of geiko and maiko is fascinating.

Memoirs of a Geisha by Arthor Golden - Though inaccurate, the book is still gorgeous and provocative. Excellent historical romance if you don't concern yourself too much with the history.

Life of Pi by Yann Martel - A book unlike any other. Great themes of life and what does it all mean. Really crushes your heart though.

Bared to You by Sylvia Day - who doesn't love the occasional steamy romp. This one was super hot and full of passion!
Describe your desk
It's a complete mess, sadly. It's not as bad as it once was, but there is still a fair bit of clutter.
What's the story behind your latest book?
I spent four years in university attaining my history degree. I've always loved learning about the past and decided to try my hand writing about it. Being able to create a world I'd read so much was not only fun, but a nice challenge.
What motivated you to become an indie author?
Once I got an ereader myself and discovered other indie authors, I thought "me too!" and began my research. Publishing has changed so much in the last few years, and with the genre I write it seemed like a good fit.
What is the greatest joy of writing for you?
Being able to escape the more mundane aspects of life and letting my creative side shine. I'm a daydreamer, being able to share those dreams with other people is a marvellous escape.
What do your fans mean to you?
More than anything. The feedback I've already received means more than words can say. The fans are what encourage me to keep writing, even when I'm stuck.
What are you working on next?
After Awake My Soul is published I have a contemporary romance I’m almost finished called Lay Me Bare. It’s set in modern day LA and is just about complete. I hope to have it out in the new year, followed by the sequel I’ve been working on for Awake My Soul.
Smashwords Interviews are created by the profiled author or publisher.