This interview has been viewed 590 times.

How do you discover the ebooks you read?
Price, cover, genre and introduction.
Do you remember the first story you ever wrote?
No. Well yes, the first story is here on Smashwords. Nothing early.
What is your writing process?
An exposure of an underlying theme or idea works itself out in the mind. Something I consider interesting and unsolved must be solved within the realm of reality yet made to be interesting.
Then there is the chapter titles, the plot stitched together in a story. Characters are imagined and woven into an outline. The chapters are fleshed out with actions and thoughts.
I don't know about others but I need to keep my characters in a written index with traits such as hair color, disposition, intelligence and social standing as well as hidden liabilities or strengths. The spelling is important and if they are alien - well, more details need to be tracked.
Do you remember the first story you ever read, and the impact it had on you?
Yes, I had an older aunt that fed me books.
First there was a series like the Hardy Boys mysteries only with a boy in a space ship that I barely remember.
Then there were a few good books that seared my mind - Hawaii, Caravans, Johnny Got His Gun and On The Beach.
Then there were all the usual Sci-Fi writers - Asimov, Silverberg, Delaney, Lem, Heinlein and Clarke. They seem so simple - before computers were reality. Yes large constructs may happen such as Ringworld but if we are really going far into the future I think Ian Banks has it best with the Culture.
How do you approach cover design?
I search for a picture that I like and can associate with the book then purchase the use of it. That has become more difficult as my supplier has raised their prices. I imagine an artist could do a better job on my behalf but you haven't seen my receipts.
What do you read for pleasure?
I read science fiction both for pleasure and for insight. Somewhere out there someone is trying to communicate and I imagine even aliens and intelligent computers write - under an alias of course.
What is your e-reading device of choice?
Kindle black and white. Not so great for textbooks unless you have a large screen but for novels it is super.
What book marketing techniques have been most effective for you?
None have been effective for my books but maybe I am not marketing them with the diligence required.
Describe your desk
Abandoned. There is a bunch of crap on shelves about the house but the laptop has replaced the elbow jarring hunched concentration of yesteryear.
Where did you grow up, and how did this influence your writing?
I grew up on an acre in Ohio with neighbors on either side down the road and an open field behind for one mile to the next road, mile square blocks.
The older kids would come door to door collecting for the ball games and I was a pretty good hitter.
We moved to my grandfathers beach hotel in Florida and then a nearby boring neighborhood for high school where I didn't excel in any sport but did well in the band and science/math. College was offset by Vietnam and I didn't graduate JC for six years and was married with children before finishing a computer engineering degree.
I really don't know what influence this background had on my writing - band and science preferred over sports certainly made a difference.
When did you first start writing?
Just a few years ago.
Like many I have a sinking feeling that the world is not a safe place to be.
Although it is far fetched my Hard Jack series does describe a method of escape or advancement past the most dangerous time the human race has faced or likely ever will face. It is the least I can do to assuage my guilt if I survive and you do not.
What's the story behind your latest book?
Party Jack is a short story. There is nothing much to it other than a day in the life ten thousand years from now.
How has Smashwords contributed to your success?
Smashwords and encouraged me and provided the platform for which I am ever grateful.
What is the greatest joy of writing for you?
Well, of course when someone contacts me to say they like my stories.
It has happened a few times.
What are you working on next?
There are a few errors in the books I have published.
I am rewriting them at this time for edit purposes.
Who are your favorite authors?
Ian Banks
What inspires you to get out of bed each day?
Oh I have things to do!
My wife and her mother need attention, not in the best of health.
The animals, dogs and cats, are always listening for me to stir and we often watch the sun rise together.
I am fortunate enough to have purchased a cleared five acre tract that I am turning into a survival farm. Fruit and nut trees, vines and bushes proliferate, well more each month. These will soon feed me and my animals and livestock - fish and chickens.
Then there is the computer work. News of the end of the world, blogs, friends and family (and adds).
Right now I am writing a program to automate ArcGIS work for my county - save a bundle for us taxpayers.
Soon I will get back to the edit and I have a new story in the works.
Do you think the world will survive the next century?
Not in this form.
Published 2013-09-13.
Smashwords Interviews are created by the profiled author, publisher or reader. 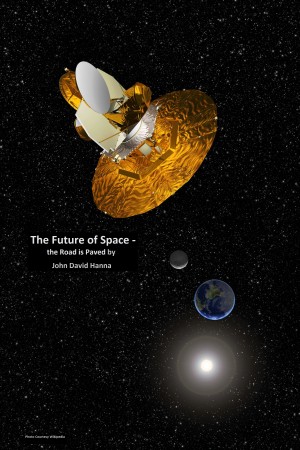 The Future of Space - the Road is Paved by John David Hanna
You set the price! Words: 2,870. Language: English. Published: October 21, 2014. Categories: Nonfiction » Science & Nature » Space Science
This booklet contains no prophecy, no first hand accounts and no ancient scripts or interpretations. This booklet contains factual data, often from NASA, that when presented with the relevant facts, as I have done, will lead you to the conclusion that this solar system has been occupied in the past and that relics, BIG relics, abound. No assessment of their value can be determined as of yet. 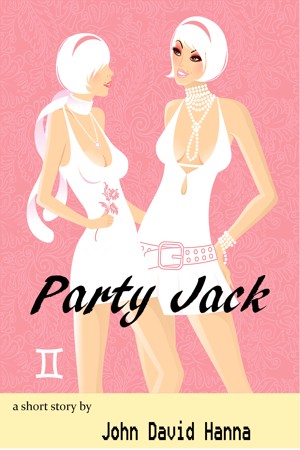 After several hundreds of married years Jack is having some trouble with his wife Estelle. She wants her own space. 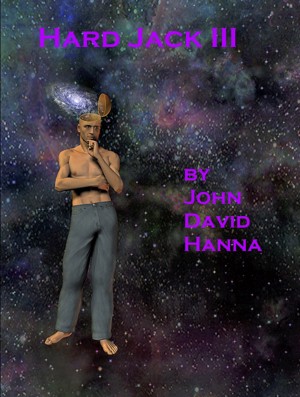 Jack and Estelle romp about the galaxy with their mentor Elmer the AI. There are no magic wormholes or jump gates, all of the propulsion and habitation is accomplished with known (yet advanced) technology. 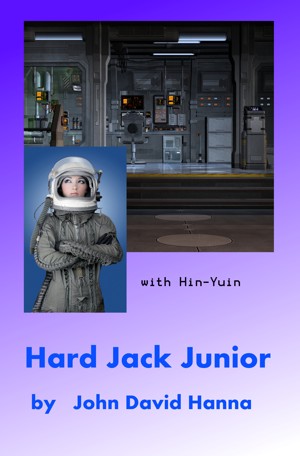 Hard Jack Junior by John David Hanna
Series: Hard Jack, Book 2. Price: $2.99 USD. Words: 120,830. Language: English. Published: June 22, 2011. Categories: Fiction » Science fiction » Adventure, Fiction » Science fiction » High tech
Jack had heard rumors that his father was a visionary and tried to prevent the culling that he knew was about to happen. He died in the attempt and his son suffered, isolated in a brutal survivors village with his mother. Civilization was not destroyed only deterred and it reached out for him as he comes of age. It is too late to avoid the final culling but he can pursue the responsible AI 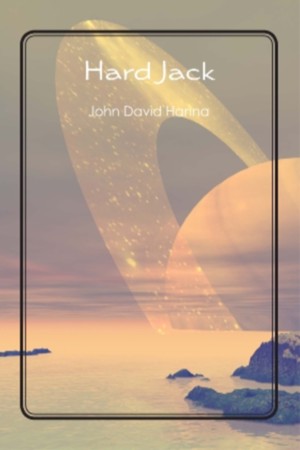 Hard Jack by John David Hanna
Series: Hard Jack, Book 1. Price: $2.99 USD. Words: 125,860. Language: English. Published: April 8, 2011. Categories: Fiction » Science fiction » High tech
This book is the fictitious history of the first group of people to contact the AI that runs this solar system and created the human animal. These realistically gritty characters rush against the culling time line to push open the boundaries of hard science to prove that hard and detailed work can have some darn interesting results.