Published 2018-11-20.
What is the greatest joy of writing for you?
Creating something unique and making people laugh. If I can take people out of their lives for a few hours and help them forget their problems – that is the best feeling in the world.
What are your five favorite books, and why?
Argh! There are sooooo many! Here’s five, but there are many, many more:

And Then There Were None by Agatha Christie because it’s a fantastic puzzle.

The Martian Chronicles, by Ray Bradbury because he made me think outside the box.

Alice in Wonderland by Lewis Carroll because sometimes you just have to think 6 impossible things before breakfast.

Gone With The Wind by Margaret Mitchell because it’s a sweeping saga and it broke my heart.

The Rook by Daniel O’Malley because it’s bizarre and makes me laugh.
Which other authors have most influenced or inspired your writing?
Alison Pearson – when I read I DON’T KNOW HOW SHE DOES IT, I knew I was ready to finally take a stab at writing a book. Agatha Christie, Mildred Wirt (the first and feminist Carolyn Keene) – made me want to write amazing mysteries.
Who’s your book boyfriend or secret book crush?
As a kid it was Calvin in A Wrinkle In Time, until I was 12 and read Gone With The Wind and Rhett Butler stole my heart (what was wrong with Scarlett???). Then, when Outlander (the book) came out, Jamie Fraser became my book crush.
What do you read for pleasure?
Everything. I love mystery, romance, history, science fiction, horror and nonfiction. It’s just whatever fits my mood at the moment.
Describe your desk
A large, wood desk with oak top and black legs. There’s a printer, my laptop, my calendar/plotting book, a radio and a huge cushion for the cats (because, after all, they own everything).
Describe your writing process
I’ve been a pantser for most of my writing career, making up everything as I go. I’d tried outlining once, but then I didn’t want to write the book because I knew what was going to happen. However, a book I finished recently, a mystery tribute to Agatha Christie and the board game Clue, I had to plot out because it was so complicated. As a result – I wrote the book very quickly and enjoyed it. So maybe I’m finding a middle ground now between pantsing and outlining. I’ve been told that makes me a pantyliner.
Where did you grow up, and how did this influence your writing?
I grew up in a small town in Iowa. I wrote to escape, to explore new worlds, for adventure.
If you could tell your younger writing self anything, what would it be?
Probably what I tell future authors - which is to enjoy writing your first book. Don’t worry about length or trends – write until the book says it’s done, whether it’s 200 pages or 500. Your first book, you write for the joy of writing. After you sell or publish for the first time, even though you still love doing it – it becomes a job where publishers, editors and readers will tell you that they want a certain length, format, POV, etc.
What is the one thing you want your readers to know about your books?
That this is a Golden Age of Publishing. Readers who like more than one genre in a book, or genre-bending books where the rules are thrown out the window, can find whatever they’re looking for now. My books have romance, mystery, action, humor – because I write what I want to read. There are no rules now – anything goes!
Smashwords Interviews are created by the profiled author or publisher. 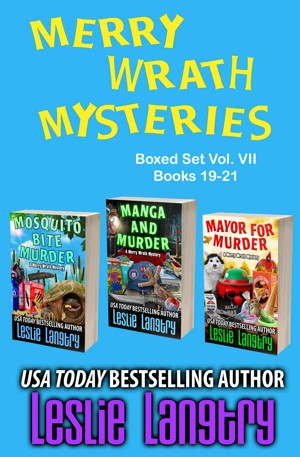 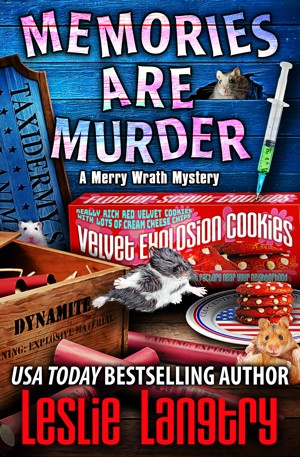 Memories Are Murder by Leslie Langtry
Series: Merry Wrath Mysteries, Book 24. Pre-release—available October 18, 2022. Price: $5.99 USD. Words: 71,420. Language: English. Published by Gemma Halliday Publishing. Categories: Fiction » Mystery & detective » Women Sleuths, Fiction » Mystery & detective » Cozy
When someone from ex-CIA agent Merry Wrath's past surfaces just as a dead body turns up in her garage, she can't chalk it up to mere coincidence. Is Teo the Tapir framing Merry for murder? And can Merry keep her taxidermist sisters-in-law, her troop of unruly Girl Scouts, and fifty-one frantic hamsters in check long enough to discover the truth? Or are some memories too deadly to hold onto? 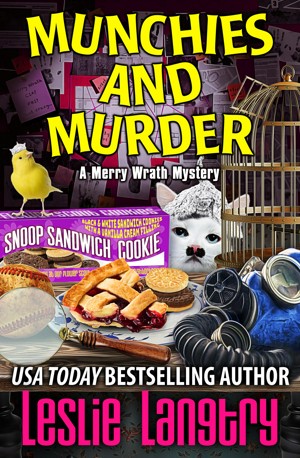 When Merry Wrath finds the body of her cranky conspiracy-theorist neighbor, she's suddenly caught up in a murder case. One where an innocent man is accused, wild theories and cryptic cryptozoologists abound, and a thirty-year old cold case may hold the key. Merry has to move fast to unravel this tangled web of lies to find the truth before the truth itself becomes another victim. 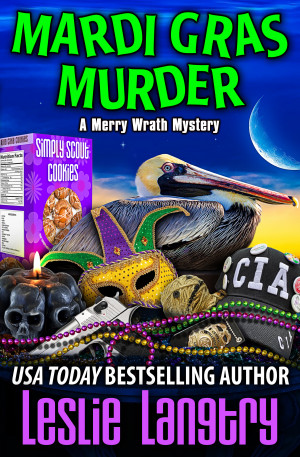 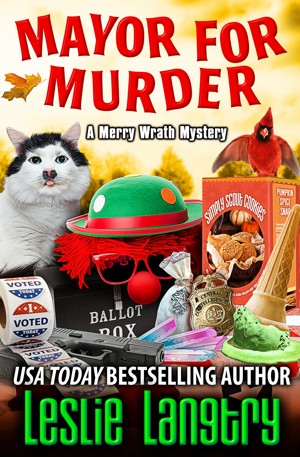 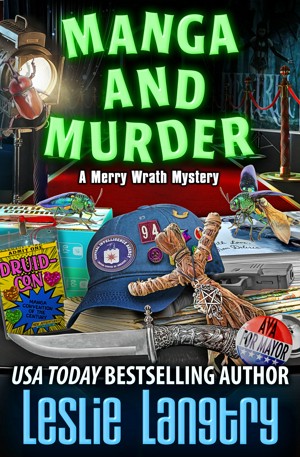 Manga and Murder by Leslie Langtry
Series: Merry Wrath Mysteries, Book 20. Price: $5.99 USD. Words: 63,090. Language: English. Published: October 26, 2021 by Gemma Halliday Publishing. Categories: Fiction » Mystery & detective » Women Sleuths
Murder at a comic book convention has ex-CIA agent turned suburban Girl Scout troop leader Merry Wrath in over her head. Especially when an innocent man is accused of the killing, and her scout troop is on the case and out of control. Can Merry move quickly to clear her friend's name and rein in her troop before it's too late? 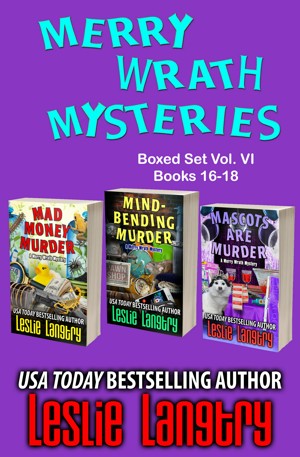 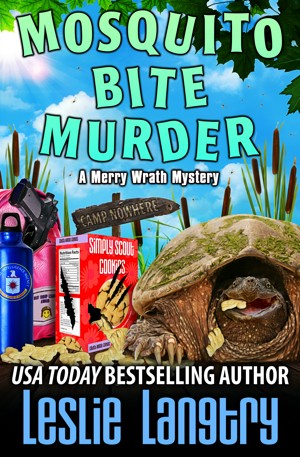 When former CIA turned Girl Scout troop leader Merry Wrath takes a group of six girls camping in the woods, she can't imagine what could go wrong. Enter an abandoned scout camp, a dangerous spy, a shallow grave, hostile senior citizen hermits, and a 200lb snapping turtle! Can Merry figure out who is behind the strange occurrences before the camping trip ends up with a body count? 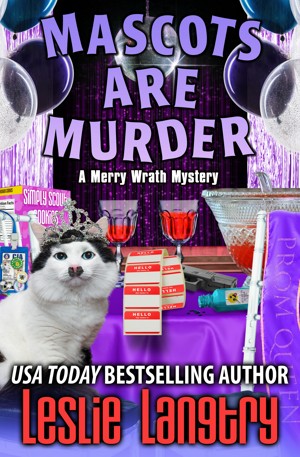 For Merry Wrath her 10 year high school reunion brings more than just spiked punch, when the loathed Class President threatens to reveal dangerous secrets, half the class starts hallucinating, and they all find themselves locked into the gym by a murderous ninja janitor. Merry has to move fast to make sure there are enough classmates left for a 15 year reunion! 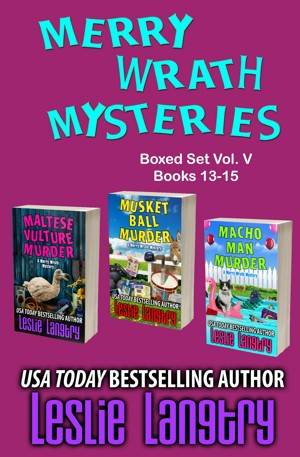