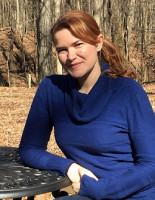 Published 2018-07-13.
Where did you grow up, and how did this influence your writing?
I was born and raised in Alaska by parents who transplanted from Hawaii, and I think spending most of my childhood in such contrasting and unique cultures gave me a real appreciation for how our perspectives can be shaped by our homes. It also didn't hurt that the midnight sun during Alaskan summers made it easy to sneak in reading a few more chapters after I was supposed to be in bed. :)
When did you first start writing?
I sat down to write my first story when I was thirteen - in purple cursive in a spiral bound notebook on my best friend's couch. My BFF and I had just returned from a Renaissance Faire and the combination of the sword fights and the fantasy novels I had been reading fired up my imagination. I've been writing ever since - though I didn't come over to romance until nearly a decade later.
Do you remember the first story you ever read, and the impact it had on you?
I don't remember the first story I ever read, but there have been several books that have had a huge paradigm shifting impact on me, which opened up whole new worlds. One of those was Dragonflight by Anne McCaffrey. I wasn't much of a reader before I read it at twelve, but the world of dragons and dragonriders sucked me in like nothing else had and I began devouring books. It was my gateway into being a total book nerd.

Another was Stranger in a Strange Land by Robert Heinlein. I was fourteen and that book made me think of things in brand new ways. It was the first time I realized books had the power, not just to entertain, but also to open up entirely new pathways in your brain and let you see perspectives you'd never considered before. It was also the first time I realized I wanted to be an author and have that kind of impact for others.

Five years later, I was in college when I borrowed Welcome to Temptation by Jennifer Crusie from a roommate. It wasn't the first romance novel I'd ever read. I had plowed through romance and fantasy and sci-fi alike in my book binges, but Welcome to Temptation changed the way I thought of romance. It was witty and clever and emotionally engaging all at the same time. It wasn't some sweeping, far-off drama like the other romances I'd read. It made me realize romance could be current and real and funny - and funny because it was real. And I was hooked.
What is your e-reading device of choice?
I am the kind of person who clings to something until it falls apart - and then rebuilds it until even duct tape can't hold it together anymore. I still have the world's oldest iPod for my music files and I read on one of the original e-Ink Kindles. Old school, baby. But as long as she's still running, she is my ebook warhorse.
What do you read for pleasure?
I read across the spectrum, but I am a total sucker for a happy ending. Kristan Higgins, Nalini Singh, and Sarah MacLean are some of my go-to auto-buy authors. And Marisa De Los Santos! I can't get enough of her books.
Describe your desk
My desk started life as simple card table. It's a plain flat surface that is always changing. Sometimes cluttered with notes and piles of books and four different water bottles (why do I need four different water bottles?) - and sometimes scrupulously tidy, with everything cleared off except the laptop, a notepad and a pen. Though half the time when I'm writing I use my cushioned lapdesk anyway, sprawled on the couch across the room from my desk and periodically thinking "I really should clean that off..."
What is the greatest joy of writing for you?
There is this moment, when everything clicks, when you think of the perfect words to convey the perfect idea at the perfect moment in the book and it feels like it's writing itself. That writer's high. That euphoria of being fully in the zone, when you forget to judge yourself or edit yourself or question yourself and just write - there's nothing like it. That moment when you feel like you are doing what you were meant to do.
What motivated you to become an indie author?
I had been writing paranormal romance for a small press for several years and began to see the market shifting. I was excited to get into contemporary romance, but mainstream publishers thought my reality television heroes and heroines were too far outside the box, so indie was a wonderful opportunity to explore the stories that excited me and try a new venture. I love a new adventure.
What do your fans mean to you?
Oh my goodness. SO MUCH. A book is just words until it comes to life inside a reader's mind. I think hearing that something you wrote had a positive impact on someone is about the best thing anyone could ever hear. Sometimes we're in our writing caves wondering if what we're working on is worth the time and hair-pulling and nail-biting, but the people who love the book in the end are what make it worth it.
What's the story behind your latest book?
The Decoy Bride stars Bree, a struggling artist who just happens to be a dead ringer for one of the world's biggest celebrities. When the illustrious Maggie Tate wants to get married in secret, she hires Bree to pretend to stage a fake wedding half a world away to throw the paparazzi off the scent - and sends along her very sexy bodyguard, Cross, to watch over Bree and help sell the story. Cross is an achiever, very success driven, and he has no intention of failing at this mission - which means absolutely no flirting with the decoy, even if he does find Bree's free spirit irresistible. But when you're secluded on a romantic tropical island, there's no telling what could happen...
What are you working on next?
I'm working on a little Christmas book! (I'm such a sucker for holiday love stories.) It's sort of The Bodyguard meets Miracle on 34th Street and it's gonna be amazing! Just as soon as I finish it. LOL.
Smashwords Interviews are created by the profiled author or publisher. 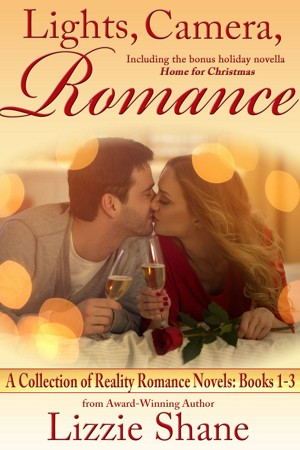 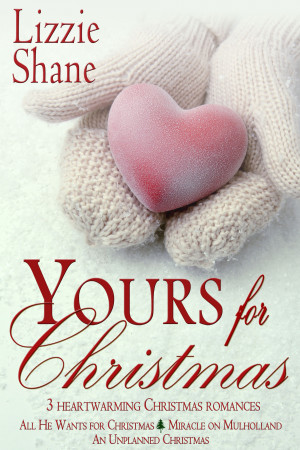 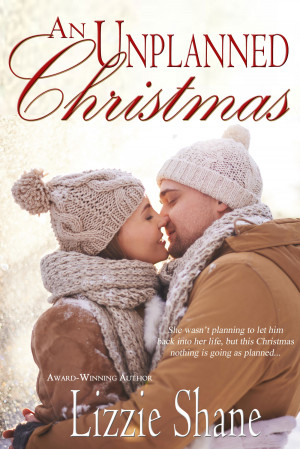 There's no room in Rachel's carefully planned life for playboy athlete Cam - but when a Christmas charity auction throws them together, she begins to realize he might not be the man she thought he was...but how will he react when he discovers she's been hiding the existence of their child from him? 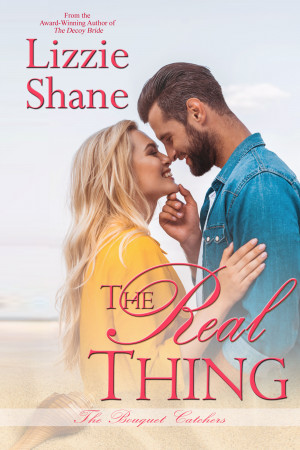 Maggie Tate, Hollywood's hottest leading lady, is looking to escape from her perfect life - and sleepy Long Shores, Oregon is the perfect place to do it. But she doesn't count on falling for the boy next door. Ian Summer was the first boy she ever kissed, but he's all grown up now - and life in this tiny coastal town is about to get very complicated. 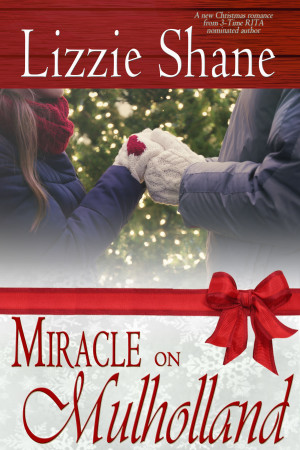 The hardest working pop-star in the business, Alexa Rae is amazing at wowing crowds, but not so amazing at wowing her nine-year-old daughter. It will take a Christmas miracle for these two to connect and become a family...or maybe just some help from an unlikely Christmas elf - Alexa's sexy new, six-and-a-half foot Samoan bodyguard. 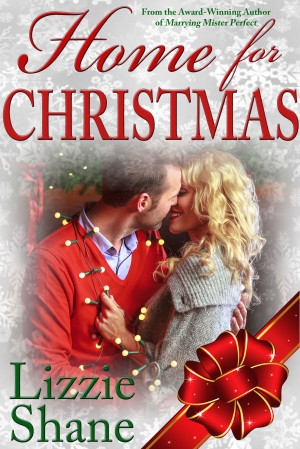 Home for Christmas by Lizzie Shane
Price: $2.99 USD. Words: 28,200. Language: English. Published: May 11, 2018. Categories: Fiction » Romance » Contemporary, Fiction » Romance » General
When Samantha boards the flight home for Christmas, she finds the man in the seat next to hers is none other than Jase, the man she used to love. When a blizzard strands them together, will a little holiday magic get them back together? 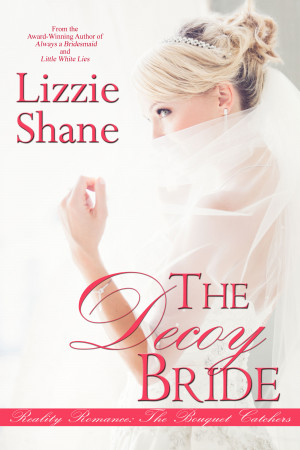 Three weeks on a tropical island living the life of a movie star sounds like a dream come true, but when Bree - the paid decoy for one of Hollywood's hottest actresses - is caught on camera with the man playing her bodyguard, things are about to get very complicated. 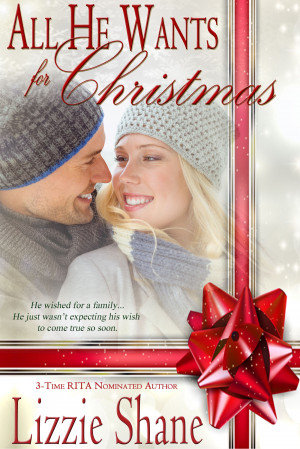 When heartthrob Ty Walker finds a girl claiming to be his daughter on his doorstep, he'll need his uptight assistant's help to figure out how to be a dad - but with a little Christmas magic they might become a family after all. 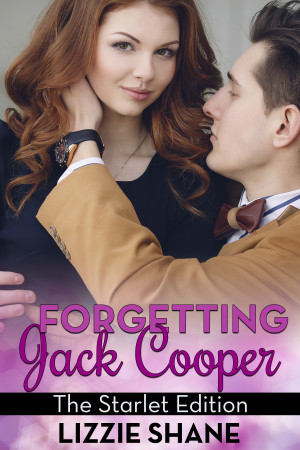 Forgetting Jack Cooper: The Starlet Edition by Lizzie Shane
Price: $2.99 USD. Words: 26,780. Language: English. Published: October 19, 2017. Categories: Fiction » Romance » Contemporary
Nothing has gone right for actress Ginny Jones since she was caught on tape snarking about a legend of the silver screen. She's just trying to pick up the pieces of her career when she meets a sexy Brit who makes her feel alive for the first time since the scandal broke - but little does she know he's secretly the tabloid reporter who destroyed her reputation by leaking the tape. 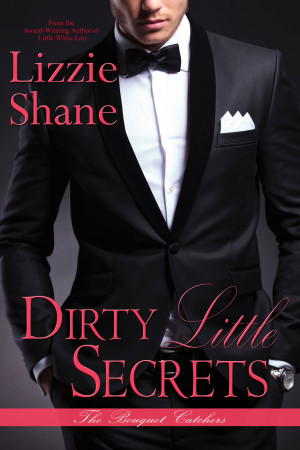 Dirty Little Secrets by Lizzie Shane
Series: The Bouquet Catchers. Price: $4.99 USD. Words: 92,700. Language: English. Published: June 13, 2017. Categories: Fiction » Romance » Contemporary
Samira knows the last person she should fall for is charismatic widower Aiden Raines. Even if he wasn't the father of the twin girls she nannies, she has no desire to be thrust into the political spotlight by dating the golden boy of the powerful Raines family. But when one impulsive kiss leads to so much more, can she hope for a future together or will she always be his Dirty Little Secret?
View their profile to see all of their books