Published 2018-07-13.
When did you first start writing?
I started writing when I was nine. Before that, I had all these stories in my head and nowhere to put them! I finished my first book when I was twelve and had several dozen others in the process at that point. I also wrote poetry early on, which I still do off and on.
What's the story behind your latest book?
I write quickly and have multiple books I’m releasing this year, so I’ll tell you about one of the series, “History Interrupted,” I’m about to finish up! It’s a romantic time travel adventure, where the heroine is sent further back in time in each of the four episodes. I named each book after the general parts of the world where she ends up: West, East, North, and South. The fourth book will be released late this summer/early fall.

I’ve always been fascinated with history, and this was an opportunity to combine my love of writing fiction with my love of imagining what life was like during those time periods. We know a lot about history in terms of general events and major players, but we don’t know details of most of those worlds and the day-to-day lives of those people living within them. It’s fun to imagine!
What motivated you to become an indie author?
I think like many indie authors, I grew frustrated with trying to break into the industry. I spent ten years being rejected or ignored by agents and publishers. When the technology came around to self-publish ebooks, I decided to go that route. It’s been an incredible journey, and I’ve learned a lot!
Describe your writing process.
I think chaotic is probably the right word for my writing process. To me, it makes sense, but I don’t think it does to many other people. I call it intuitive writing. I have no idea where the stories come from and most of the times, no idea what’s going to come out when I sit down to write. I let the stories flow and the characters tell me who they are and what they’re doing. My other technique, if I can’t sit and write for whatever reason, is to develop the stories through televisions in my head. I always have stories on the back burner being developed passively while I actively work on one or a few in particular. Basically, I have enough stories to last multiple lifetimes! I also dream in stories, so it’s kind of a non-stop process.
Where did you grow up, and how did this influence your writing?
I grew up all over the place. We moved around a lot until I was ten, when we ended up in Ohio. I was able to see a lot of different places and meet tons of different people by the time we moved to Ohio, and I think the different settings and people come out in my writing. One of my most popular series is set in my favorite place we ever lived, in northern Idaho, where we lived in a tiny town near the Canadian border. It was breathtaking and close to nature. Very few people, tons of trees and wildlife. I loved it. Still do!
What drives you to keep on writing?
Writing is compulsory. I have no control over my writing! I was born to tell stories, and I’ll continue doing it until my last day! When I get cranky about sales or marketing not working or whatever, I remind myself that this is a calling. There might only be one person who reads a book, but that book could change that person’s life. So I have to keep writing, because someone out there needs the story I’m working on.
If you could tell your younger writing self anything, what would it be?
Persevere. Stay optimistic. You’re the only one who can tell that story that way, and someone out there needs to read it, or you wouldn’t be compelled to write it!

I lost faith during the ten years I was trying to break into the traditional publishing industry, only to discover - when I self published - that there was an incredibly huge market of readers who devour and appreciate new, fresh, unique books and stories. Making it into traditional publishing (or not!) isn’t a measure of the quality of writing or story. In fact, I think traditional publishing would have to grow to about a hundred times its size in order to start publishing all the amazing books out there!
Describe your desk.
I write on the couch! It’s partially because desk chairs are horribly uncomfortable but mostly because my shih tzu can’t sit by me if I sit at a desk. I love my dogs, so my whole life tends to revolve around writing and my furrballs!
What do you read for pleasure?
I read almost exclusively non-fiction. I love physics, science in general, nature, history, and books like that. The only time I read fiction is if I’m editing or reviewing (by request) someone else’s work.
What is the greatest joy of writing for you?
The actual creation and writing! I love making up stories in my head and then putting them on paper. They always turn out a little different than I imagine, but that’s part of the fun.
Smashwords Interviews are created by the profiled author or publisher. 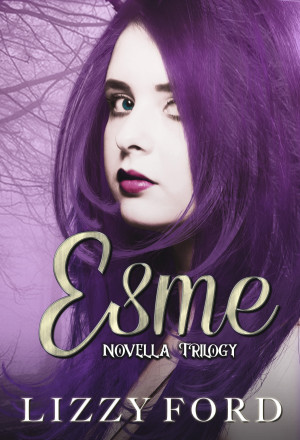 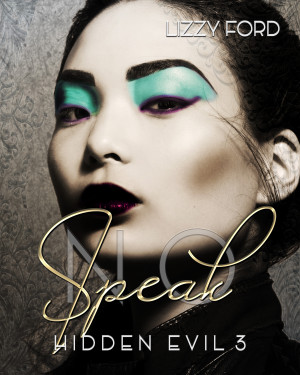 Speak No (Hidden Evil, 3) by Lizzy Ford
Series: Hidden Evil. Price: $3.99 USD. Words: 79,600. Language: American English. Published: July 30, 2018. Categories: Fiction » Fantasy » Urban
Hidden Evil series, book three. The stakes are higher than ever as all parties rush to Arizona to locate the final key holder. A mute young woman named Heidi is waiting for them – and just so happens to have a portal to Hell in her backyard. Nathan and Kaylee, along with the key holders and their enemies, are on a collision course for the final showdown. 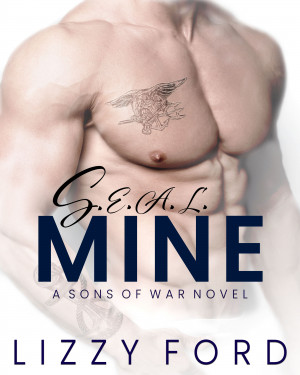 S.E.A.L. Mine (A Sons of War Standalone Novel) by Lizzy Ford
Series: Sons of War. Price: $3.99 USD. Words: 68,720. Language: American English. Published: May 20, 2018. Categories: Fiction » Romance » Contemporary
Riley Holland is good at one thing: war. When a severe injury sidelines him, he counts down the days until he’s healed and can return to duty. One phone call changes everything. The daughter he didn’t know existed has been orphaned after the death of her mother, leaving Riley her legal guardian and sole parent. Riley welcomes the break from rehab and travels to the girl’s hometown to retrieve her. 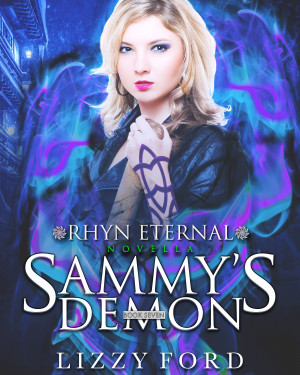 Sammy's Demon by Lizzy Ford
Series: Rhyn Eternal. Price: $3.99 USD. Words: 45,120. Language: American English. Published: April 15, 2018. Categories: Fiction » Romance » Paranormal, Fiction » Fantasy » Paranormal
Sammy is a half-goddess struggling to find her place in a world filled with Immortals, deities, and demons. She’s inherited the power of Chaos – the ability to create order and disorder – but can’t control her power and wouldn’t know what to do with it if she could. Her frustration grows when a demon named Trayern claims her as his mate. 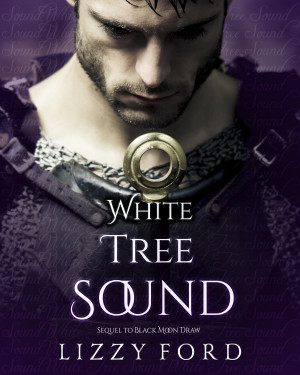 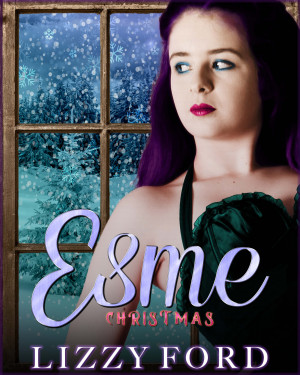 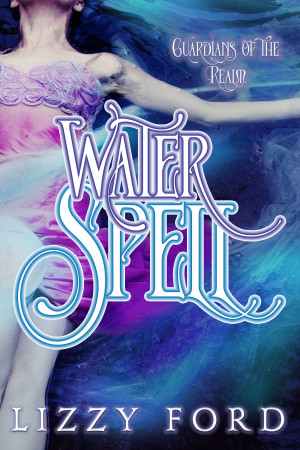 Water Spell by Lizzy Ford
Price: Free! Words: 80,990. Language: American English. Published: November 15, 2017. Categories: Fiction » Young adult or teen » Fantasy
A water mage and the protector she never wanted. Rare water mage Sela is given no time to mourn the loss of her longtime protector and father figure before she’s faced with the one man standing in the way of her freedom: her new guardian, mage-warrior Tieran. 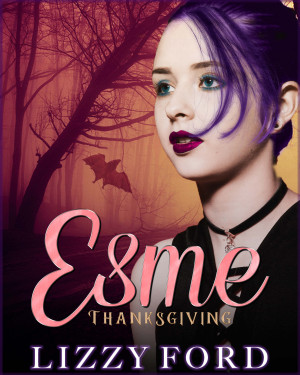 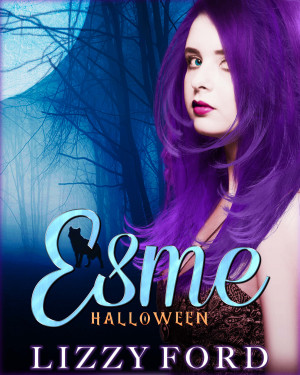 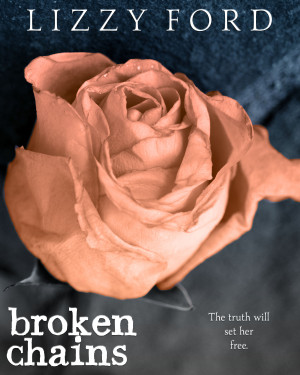 Broken Chains (#3, Broken Beauty Novellas) by Lizzy Ford
Series: Broken Beauty Novellas. Price: $3.99 USD. Words: 54,810. Language: American English. Published: October 11, 2017. Categories: Fiction » Young adult or teen » Social Issues, Fiction » Young adult or teen » Drama
The truth will set her free … But first, it might suffocate her. After a brief reprieve and quiet birthday, Mia once more becomes the center of media attention. This time, it’s because the allegations against her attackers go public – before Mia and her team are ready. Thrust into intense public scrutiny again, Mia is faced with a new difficulty from the direction of her father.
View their profile to see all of their books