Published 2020-08-21.
Is there a stigma attached to writing and reading romance?
I’m a romance writer, and I’m proud to be a romance writer, considering romance is the number one bestselling genre of all time. Romance readers are the most voracious readers, the most loyal fans. I read romance, but at the same time, I see the stigma attached to being a romance writer and reader. Society has deemed romance somehow unsuitable. Nora Roberts, who is without question the queen of romance and who’s never written a book I haven’t loved, talked in a recent article about how romance is scorned by literary types everywhere. They say that this genre, largely written by women for women, causes the women who read it to have unrealistic expectations. Yes, this was in an actual article written by someone referred to as an industry expert.

I hate to tell the person who wrote this article, women are pretty frickin’ smart. We kind of know the difference between reality and fiction. How many of you who watch The Walking Dead believe that zombies exist and soon will populate the earth? Or how many read a murder mystery and then go out and plan the perfect crime? Sorry, that was kind of tongue in cheek, but I couldn’t resist. The article I mentioned was a pure example of destructive criticism. Remember, you can’t change critics. They’re everywhere, flooding social media, and some of these people have an agenda to make you feel bad. These highly critical destructive people don’t see equality. They see a see-saw, with them on one side and you on the other. When they see you’re a little bit above them, they’re going to slap you down.

They may be thinking, you’ve got a nicer job, you’re richer, you’re selling more books and have more fans, you’re thinner, or you’re slightly elevated in some way, and what happens is one of two things: They’ll either elevate themselves by bragging about how important they are, or they’ll strike out directly to diminish you. They want you to feel bad about yourself so they can feel elevated. Here’s the issue: You can feel bad only if you let their comments in. Seriously, if someone were to say your skin was purple, you’d laugh at them because the idea’s so ridiculous—but when they strike to the core of what you are…man, it hurts. It’s hard not to let it in, because those kinds of demeaning comments are something we as a society are still trying to break free from. You know those who try to make you feel less than and ashamed for who you are, for what you do? They do so because it makes them feel important.

It may surprise you, or it may not, but I’ve lost count of the number of men and women who have referred to what I write as bodice rippers. Yes, to my face! They say that because I’m just a romance writer, my career is nothing to take serious. The first time, this was said with laughter as if I was supposed to be ashamed of what I write, but nothing could be further from the truth. I’m so proud of what I do, of what I write. I don’t even know what a bodice ripper is or why anything I write would be treated with such disdain. I’m very proud of everything I’ve written, all my books and series. These are the kind of books I love to read, the kind of books I’m proud to share with my kids. We’re not talking erotica, because there’s a big difference between romance and erotica: In romance, the central plot and the emphasis is on love, finding it, recognizing it, and keeping it, and there’s a “happily ever after”—or, as I write it, a “happily for now.” My stories are about families that love through thick and thin, families that stick together.

With Erotica sex plays a major role in the story. Women’s fiction is about the female journey, and the heroine is the central focus of the story, yet romance there’s a stigma attached to this, and I have no idea who created it. Worse, this stigma is something that seems to be taught to our kids in school. Teachers say there’s something wrong with romance because it’s not appropriate reading material. Whoever came up with this? Romance is never on the prescribed reading list. Really? I recently met with two of my teenage kids’ English teachers and listened to both their views, their opinions. Both are stuck on their perspectives of literature, on their lists of must-reads for students, which range from Romeo and Juliet to To Kill a Mockingbird.

Teachers want students to read Romeo and Juliet, a play about two stupid, stupid teenagers making the worst decisions and then killing themselves at the end, and this is somehow deemed okay because it’s not romance. It’s a tragedy, plain and simple, and great reading for our overdramatic teens. Remember, romances are the kinds of books where there’s either a happily for now or a happily ever after, but somehow this isn’t okay for school reading. I don’t know, but I’d rather have my kids reading positive and uplifting books, the kinds of books they want to read.
You create strong characters who are also flawed - why do you find this important to do?
Strong flawed imperfect characters are what life is about, and is what I know. The imperfections, life’s struggles good and bad, how we all deal with life and everything it tosses your way. What my struggle may be is far different from yours, which is what makes people in my mind, interesting. And I often write about situations, that are uncomfortable, characters I can relate to. Showing characters as real flawed people, the good, the bad, all their imperfections, along with uncomfortable life decisions and struggles that many don’t want to talk about. Because even a hero often finds himself in a situation where the real life choices he makes will be considered by some as despicable, unforgiveable and will anger many. Except a hero that is truer to life and can overcome their deepest darkest obstacles is far more relatable.
What motivated you to become an indie author?
My first book was published in 2007 with a romance publisher. My second book had interest but in the end, publishers indicated it either had to much suspense for a romance book or to much romance to fall into the mystery/thriller genre. And what it finally came down to was I was going to have to dump one or the other, as I was not allowed to have both. This was the first time I disagreed, so in 2011 after joining a group of succcessful Indie Authors and learning how Amazon had levelled the playing field in the publishing industry, I made the decision to forgo the traditional publishing route, and self publish. I found it intriguing Amazon turned to the readers to let them decide what they wanted, but the results didn't lie.

After publishing my third book, which took off selling more than 500,000 copies worldwide I have never looked back. With over forty titles now under my belt my big family romance series have become a fan favorite. I am now a New York Times & USA Today bestselling author, frequently a Top 100 bestselling author in multiple genres, such as romance, western, military, and mystery/suspense. I have written multiple series, including The Outsider, Walk the Right Road, The Wilde Brothers, Saved, The Friessens, and mt two newest additions, Married in Montana and my high-stakes suspense and sizzling, red-hot romance series Kate and Walker: Deadly, Dangerous, and Desired. 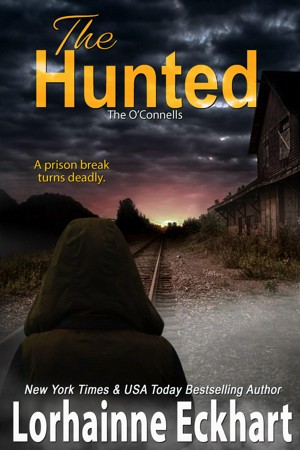 The Hunted by Lorhainne Eckhart
Price: $4.99 USD. Words: 43,910. Language: English. Published: August 1, 2022. Categories: Fiction » Mystery & detective » Police Procedural, Fiction » Romance » Suspense
When two prisoners escape and one is found dead, Marcus O’Connell finds himself being hunted—and the hunter could be someone he trusts. 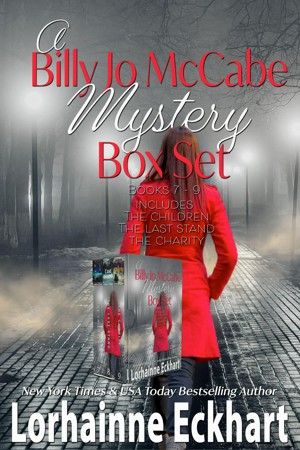 A Billy Jo McCabe Mystery Box Set Books 7 - 9 by Lorhainne Eckhart
Series: A Billy Jo McCabe Mystery Box Set Collection. Price: $9.99 USD. Words: 119,490. Language: English. Published: July 29, 2022. Categories: Fiction » Mystery & detective » Women Sleuths, Fiction » Mystery & detective » Hard-Boiled
NY Times & USA Today bestselling author Lorhainne Eckhart brings you a new crossover series! The social worker and the cop, an unlikely couple drawn together on a small, secluded Pacific Northwest island where nothing is as it seems. Protecting the innocent comes at a cost, and what seems to be a sleepy, quiet town is anything but. Includes The Children, The Last Stand, The Charity 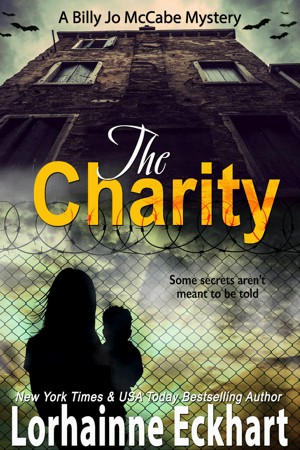 The Charity by Lorhainne Eckhart
Series: A Billy Jo McCabe Mystery. Price: $4.99 USD. Words: 42,620. Language: English. Published: May 31, 2022. Categories: Fiction » Mystery & detective » Women Sleuths, Fiction » Mystery & detective » Hard-Boiled
Some secrets aren’t meant to be told. When Mark and Billy Jo dig deep into the secrets and lies that seem to follow the man, they uncover a twisted truth, one they may wish they had never found. 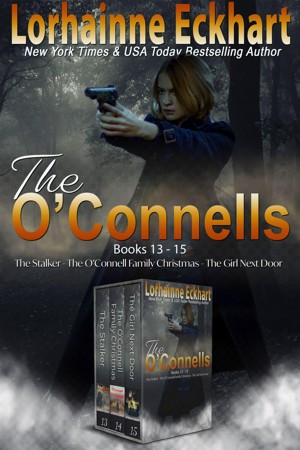 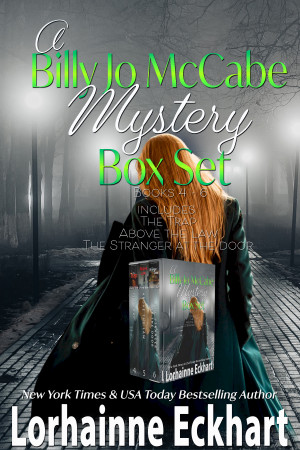 A Billy Jo McCabe Mystery Box Set Books 4 - 6 by Lorhainne Eckhart
Series: A Billy Jo McCabe Mystery Box Set Collection. Price: $9.99 USD. Words: 121,300. Language: English. Published: March 20, 2022. Categories: Fiction » Mystery & detective » Women Sleuths, Fiction » Mystery & detective » Hard-Boiled
NY Times & USA Today bestselling author Lorhainne Eckhart brings you a new crossover series! The social worker and the cop, an unlikely couple drawn together on a small, secluded Pacific Northwest island where nothing is as it seems. Protecting the innocent comes at a cost, and what seems to be a sleepy, quiet town is anything but. Includes The Trap, Above the Law and The Stranger at the Door 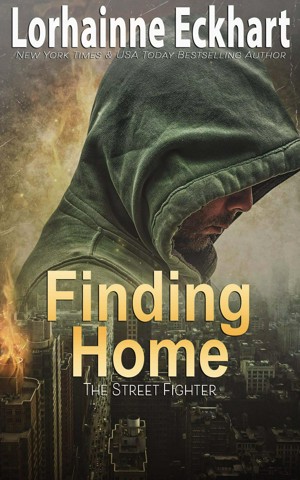 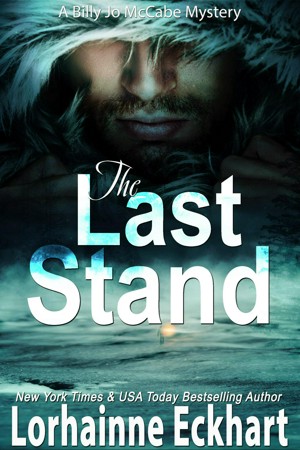 The Last Stand by Lorhainne Eckhart
Series: A Billy Jo McCabe Mystery. Price: $4.99 USD. Words: 46,890. Language: English. Published: December 24, 2021. Categories: Fiction » Mystery & detective » Women Sleuths, Fiction » Mystery & detective » Hard-Boiled
On the eve of Police Chief Mark Friessen’s wedding, a fierce snowstorm blankets the island, knocking out power, and the body of a woman is discovered in the church. The only clue is the note in her hand, a list of names—all members of Mark’s family. 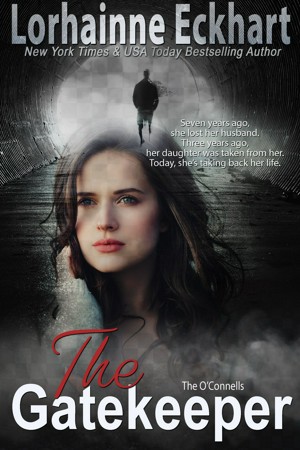 The Gatekeeper by Lorhainne Eckhart
Series: The O'Connells. Price: $4.99 USD. Words: 39,090. Language: English. Published: November 9, 2021. Categories: Fiction » Romance » Suspense
Seven years ago, she lost her husband. Three years ago, her daughter was taken from her. Today, she’s taking back her life. 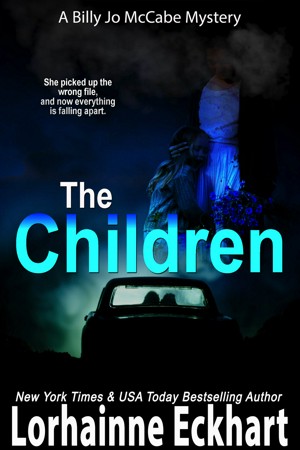 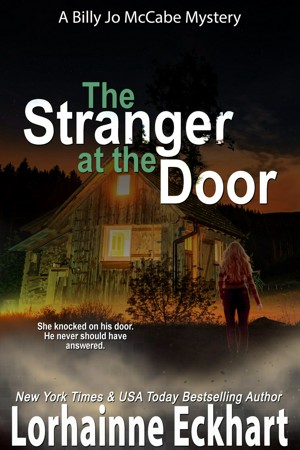 The Stranger at the Door by Lorhainne Eckhart
Series: A Billy Jo McCabe Mystery. Price: $2.99 USD. Words: 45,480. Language: English. Published: September 14, 2021. Categories: Fiction » Mystery & detective » Police Procedural, Fiction » Mystery & detective » Hard-Boiled
She knocked on his door. He never should have answered. As newly appointed chief of police, Mark Friessen is settling into his small-town role when he uncovers the twisted tale of a woman forced to marry the man who killed her family.
View their profile to see all of their books