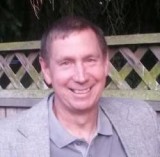 This interview has been viewed 200 times.

What is your e-reading device of choice?
Laptop and KDP Fire
What are your five favorite books, and why?
I'll tell you - History of Alaska by Bancroft, Kit Carson Days by Sabin, Course of Empire by Devoto. Also the Lewis and Clark Diaries again by Devoto and finally Jedidiah Smith and the Opening of the West by Dale Morgan.

I don't like my history revised or post modernized - I like it raw and to the point. These titles plus Old Yukon by Wickersham do just that. Several of these have been unfairly pulled from libraries. I also read WWII stuff, this to appreciate what we have in the free west and somehow see trends that effect our freedoms and how we should act to defend them.
What do you read for pleasure?
I read biographies - Jobs, MacArthur, Patton, Edison, Ford... These men changed history and I like to figire out what made them tick. I also read WWII flying and Eastern front stories.
What book marketing techniques have been most effective for you?
Building a Facebook following. I have been interviewed by radio and TV. Have a docket of radio interviews on the slate for this year. I created a givaway tract on a controversial topic that features my tiles and websites, this generates traffic. Did a bookshow signing, hired a PR firm. I think web based sales are over rated. Used Google Adwords and FB "boost" which sell a book/1000 clicks and that's expensive!! Got on Goodread's and KDP/Advantage..and now Smashwords!! I signed up with a KDP sales promotion training firm. I think it will take hardwork and writing, more writing, but the message of Long Hunters and my style/research plus honesty will eventually win the day!
Describe your desk
Round kitchen table with a great view with a 10Kft mountain that shows on a clear day.. Sometimes flocks of geese and once in a while a Bald Eagle and more often Hawks insight. Behind is a large counter top stacked with a hundred books leftover from my research of The Noah Code.. Also go to Alaska often and write from a cabin or remote camp there. Get close to it as possible and interview my friends and witnesses when able.
Where did you grow up, and how did this influence your writing?
Grew up in Alaska. Lived a life that would be any adventurer's dream, hiked the wild country trapping in bear country, climbed the mountains hunting the big game and ran the great inlets and rivers of SE Alaska by boat. Frequented the interior as a youth and later lived in the Arctic. Became a bush pilot mainly so I could press out into the unseen expanses. Experienced the hardships and looses associated with the country. Thought I had a story that needed to be told, especially with all the "reality" shows now out on Alaska.
When did you first start writing?
At about 25 when I was disgusted over some issue in Alaska - letters to the editor. Later in my day job to promote safety issues. Also large technical documents in application for Federal approvals (these fill a 31/2" three ring binder each). Later more letters to the editor, articles, websites and finally books.
What's the story behind your latest book?
Last of the Long Hunters is a story about the challenges of flying in the Alaskan Arctic and the dangers involved. In Long Hunters I hope to bring alive my experiences as best as can be put to paper, this so the reader can be right there in the cockpit with me, as well as my grandchildren. We lost a lot of great men in those years, this title reflects what it was like. I also share my struggle with faith, and how that worked out in the end, the reader open to decide for themselves. I included some good images from my collection. I will say the practical mountain flying section will save lives, period. Second volume will focus on the Helicopters, that will be a thriller!
What motivated you to become an indie author?
I took ill and found it very comforting to sit and share my ideas and opinions blogging on various sites. This led to research, putting up a webpage and a try at a book on KDP. Its free so what did I have to loose?? Ha! I feel I have an educated message relative to origins. Many bloggers have agreed.
How has Smashwords contributed to your success?
I really like the professionalism of the input system and broad coverage. Hoping and watching!!
What is the greatest joy of writing for you?
First; reliving my great days in Alaska with my colleagues. Next, knowing that I'm sharing truth and a fresh perceptive concerning the origin of this wonderful earth.
What do your fans mean to you?
#1, that I owe them honest content and a great reading experience! #2, that if we meet at a signing (which I hope) the two of us can positively connect.
Published 2015-11-01.
Smashwords Interviews are created by the profiled author, publisher or reader. 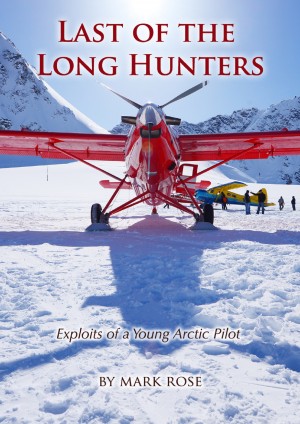 Last of the Long Hunters by Mark Rose
Price: $5.99 USD. Words: 33,730. Language: English. Published: October 31, 2015. Categories: Nonfiction » Transportation » Aviation / History, Nonfiction » Transportation » Aircraft
This story records the life of a young pilot flying in Alaska’s Frontier Arctic. You’ll experience the front seat thrills of bush planes and helicopters operating in the most dangerous conditions on Earth, flying in minus 60 temperatures and horrific storms, airborne among the magnificent mountains and glaciers that only Alaska has to offer. Once you've read this one you’ll not be satisfied unti