This interview has been viewed 414 times.

Published 2014-09-23.
What is the greatest joy of writing for you?
The greatest joy in writing is the same as my joy in reading. When I write I get to be someone else, somewhere else. Usually someone more exciting, or who is involved in a more exciting situation. I don't really want to be pursued by a psychopathic vampire stalker, but I can safely live it vicariously through writing. The difference between writing and reading, is that in writing I get to take the reins. Sometimes it's nice to be in control (at least so far as the characters will let you direct them) and sometimes it's nice to go along on someone else's ride.
What motivated you to become an indie author?
I've seen lots of stories about bestsellers that were initially rejected dozens of times. I've also seen some absolute drivel get published. It seems to be that the traditional publishing model is broken. Publishers are not gatekeepers of quality; they are gatekeepers of their own bottom line. So I decided to take matters into my own hands.
What are you working on next?
Next will be Joe Vampire, the sequel to Evelyn's Journal. The story will continue, following Joe Cheney who is trying to decide whether or not to embrace the nightlife as a vampire, or bloodling, or stay mortal. Following that I have at least 3 other novels started, two horror and one lesbian romance, and more ideas waiting in the wings.
Do you remember the first story you ever wrote?
The first story I wrote was based on pretend play involving my Red Rose Tea china animals (little animal figurines used to come free in Red Rose Tea, which my parent's consumed in volume). I wrote it using a different colored marker for each paragraph. I think I was 10.
What is your writing process?
If I ever develop a consistent one, I will let you know. Evelyn's Journal and Joe Vampire were written as serials, so I had no idea how they would end until I got there. In my more recent works I have the end in mind - it's a more organic whole - and I can envision lots of the scenes from the story. It's a matter of putting it all together.
How do you approach cover design?
I have the technical skill and the artistic vision, so I have designed my own covers. I tried out several things for Evelyn's Journal until I got to a couple ideas I really liked. Those ideas I put up on my website as a poll and asked people to vote on their favorites. I am a big fan of free stock photos.
Who are your favorite authors?
SJ Rozan is my all-time favorite, even though I don't write mystery or crime, and don't read much of anyone else who does. I also love the works of Haruki Murakami, James Hynes, Jasper Fforde, Jim Crace's earlier works, Diane Setterfield and Tolkien. My favorite novel is Wuthering Heights.
What inspires you to get out of bed each day?
The need to make a living at my day job as a web developer.
Describe your desk
It's a mess. Lots of wires
Smashwords Interviews are created by the profiled author or publisher. 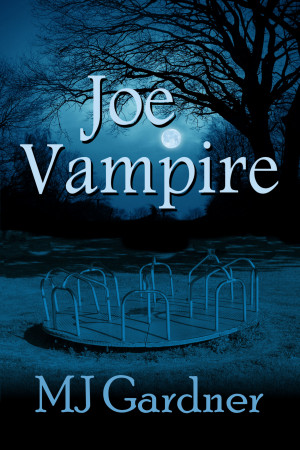 Joe Vampire by MJ Gardner
Price: $3.99 USD. Words: 84,150. Language: English. Published: September 23, 2017. Categories: Fiction » Anthologies » General, Fiction » Young adult or teen » Paranormal
Joe is trying to build a life with Evelyn, his immortal and bloodthirsty lover. Living with her seems safer, and saner, than his troubled, drug-addicted teenage years. But can Joe cope with the strongest addiction of all? 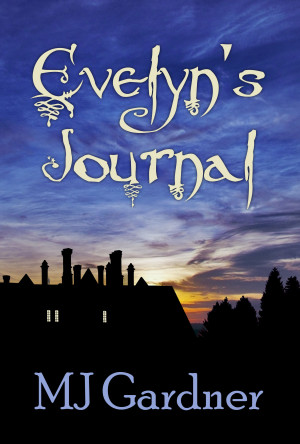 Evelyn's Journal by MJ Gardner
Price: $3.99 USD. Words: 77,510. Language: English. Published: October 30, 2014. Categories: Fiction » Romance » Paranormal, Fiction » Horror » Undead
Evelyn is young, beautiful and rich. Finding a man to love should be easy. But being a vampire, and wanting to bite every man she gets close to, complicates matters. So does being stalked by the vampire who turned her, who has specific ideas about how Evelyn should behave and whom she should love. Book 1 of the Darkness & Light series