This interview has been viewed 484 times.

Published 2013-08-22.
Where did you grow up, and how did this influence your writing?
I grew up on a small farm in Northern California (the real northern part, not the part that's practically Central California). We had only a few neighbors, most of whom lived quite a distance from us, so light pollution at night was minimal; stargazing kept me up late and outdoors pretty much all year, but especially in the summer. The night sky turned out to be a wonderful backdrop for a child's imagination, so in a way the stories I'm telling now were first drafted there.
What's the story behind your latest book?
Writing is the only place where I can discuss my darkest memories and pretend that someone else lived them. The heart of "The Lightness of Dust" is the romance between Samuel Freeman and Lily Ostendorf, but that's not to say that a lot more isn't going on around the edges. It's a fantasy without elves (the gods walk among us) and a romance with more than a bit if realism (love is more beautiful when stalked by shadows), so I've taken to calling it "dark-romance fantasy." And while the Lily/Sam story forms the core, the Kere and Telamon tale and the relationships between Jake, Amanda, and Elyse are just as vital. In a way, if all seven of those characters got together and had a love child, I think it would be me!
What is your e-reading device of choice?
I own a Kindle but I'm an old-fashioned guy when it comes to reading. For me, the printed book links us to the span of history that reaches back to the first clay tablets. Some might argue that these are forms of communication, as is the e-book. But the e-book is not a tangible, enduring thing; one can't run one's fingers over the same clay or paper that someone else did one hundred or tree thousand years ago. this is one of the reasons that I rescue books from library sales. I like to leaf through them and imagine the countless hours of pleasure they gave to faceless readers who came before me.
Who is your favorite character and why?
Since I can pick only one character, I would have to go with Lily Ostendorf. She is more alone than anyone but Sam (another character) can understand—and even he doesn’t realize this until years have passed. Her nature, not just who she is but what, is such that a sense of belonging can only be fleeting. She knows this, yet still seeks for that feeling. I think that anyone who has ever fought a hopeless battle can identify with her in some way.
Who are your favorite authors?
Ray Bradbury is number one. "Something Wicked This Way Comes" is the most brilliant piece of writing I've ever read. Raymond E. Feist, David Eddings, Stephen King (when I was younger; I'm too old to scare myself like that!). Victor Davis Hanson's works on the ancient world are wonderful, as are those by Will Durant.
When you're not writing, how do you spend your time?
I'm a formulations chemist by day, and when I'm not doing that (or writing) I work on teaching myself Latin. I play the occasional video game with my son (who for some reason laughs at Asteroids and Mario Bros.) and catch an educational program on tv once in a while.
How do you handle a bad review?
Writing is such a personal exposure of the self that bad reviews can cut deeply. One of the first reviews I received included such doozies like: “…it didn't really hook me at all,” and “…switching from one character/time period to another was at first confusing, then kind of annoying.” But I believed in the book, and so did some reviewers whose opinions Id previously admired. And it’s OK if not everyone likes your work
What do your characters smell like?
Oooh...great question. I actually keep a handful of perfumes on my desk for inspiration. Lily floats in a subtle cloud of Chanel No.5. Kere, had modern perfumes existed in her time, would smell like Samsara--exotic and sandalwoody. Amanda reminds me of jasmine, so l'Heure Bleu. And Amanda smells like Gardenia - a pretty girl in a summer dress.
What is your favorite joke?
Q: What is the difference between a duck? A: One of its legs are both the same. I don't know where this joke came from, but I heard it in an episode of Hercules: The Legendary Journeys and it's stuck with me. I'm not sure that it's actually funny but it makes one think and it's quirky!
Smashwords Interviews are created by the profiled author or publisher. 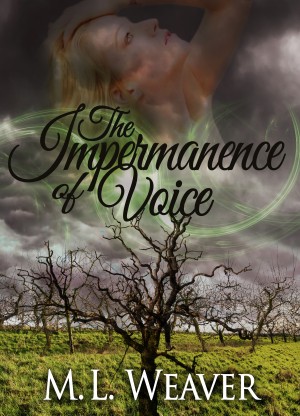 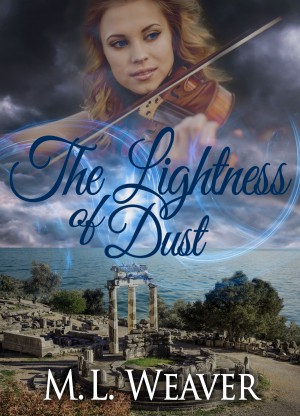 A mysterious thread draws seven lives together across the span of history and summons one of them toward an unspeakable fate. Follow the thread as mortal cares scatter with The Lightness of Dust.