Published 2014-05-02.
Where did you grow up, and how did this influence your writing?
I grew up in the state of Colorado, which has influenced many aspects of my life. It's almost impossible to sit around and do nothing in Colorado, so I left with a healthy appreciation for the outdoors and the very interesting people you meet while exploring nature. Naturally, my first novel was an ode to growing up there.
What motivated you to become an indie author?
I like to maintain control of not only my creative process, but how I manage myself and my work as a business. However, you make sacrifices for that. Finding an audience and marketing yourself can be difficult. It's like a second job. What's interesting, though, is the responsibility you have when you self-publish. You owe the reader what they would expect to get from a regular publisher. It took me a while to understand that in its entirety.

The other motivation is, I read several self-published books immediately after getting my hands on my first e-reader. I liked those interesting voices that I might not have otherwise found.
What is the greatest joy of writing for you?
When I feel like I've created a meaningful character. If I feel good about it, if the highs and lows I put the character through move me, then I'm satisfied. If the readers feel the same way, it's an amazing feeling.

Running a close second is making people laugh.
How do you discover the ebooks you read?
Because I'm surfing online for a book, cover design plays a large role at grabbing my attention. It doesn't take much, though. If the cover can successfully relate something about the book, a mood, a scene, or an important prop or location, than I'll click. After that, I thoroughly read the "back cover" descriptions, which is where I'm usually won or lost.
Describe your desk
My desk is wherever I can set my laptop down. Often that's my living room or back deck, depending on the weather. If I feel distracted at home, I'll go mobile and sit at the bookstore and write. I have one television in my house and I keep it in the basement, where it can't disturb anyone with it's temptations of prime-time entertainment.
What's the story behind your latest book?
I had a character in mind that I didn't know what to do with and it was bugging me. The inspiration for the character was actually someone I observed very briefly at an electronics store, but it started my mind working. One day an ending for a story popped into my head. I had no idea what the story was or who was in it. So I plugged that character in and then I asked myself, "How the heck does she get to that ending?" The Girl from I.T. came out of that. I honestly had no intention of writing about the subject of cancer. I had a rough outline in my head that was completely different, but then I wrote the prologue and that pretty much blew up the outline. I immediately took the story in a completely different direction. But I still made it to that ending.
What inspires you to get out of bed each day?
Family. My son is still young, so he still thinks I'm awesome. It won't be long before he only sees me as either a source of cars or a source of money. And I'm not looking forward to the day when he can beat me in basketball.
When you're not writing, how do you spend your time?
I try to spend it outdoors, hiking, biking, whatever. And I still love to go to the movies.
Smashwords Interviews are created by the profiled author or publisher. 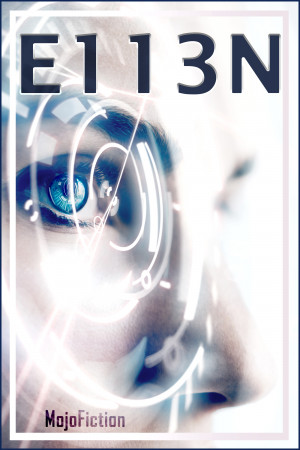 E113N by MojoFiction
Price: $1.99 USD. Words: 13,310. Language: English. Published: March 20, 2018. Categories: Fiction » Science fiction » Short stories
E113N is a short story: At only 18 months old, android model number E113N is just figuring herself out. She dreams of the new life that awaits her after the new A.I. protection laws finally pass. When her designer suddenly disappears in a lab accident, his company immediately claims her as their property. She knows they are not interested in her, only her parts. Since the current law is on their 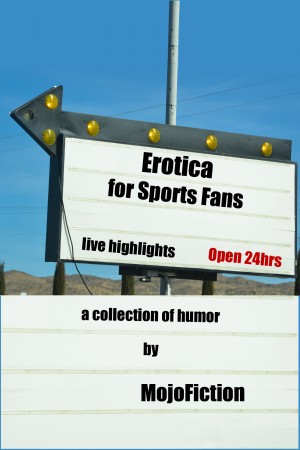 Erotica for Sports Fans by MojoFiction
Price: Free! Words: 30,740. Language: English. Published: May 7, 2014. Categories: Nonfiction » Entertainment » Humor & satire, Fiction » Humor & comedy » General
A collection of comedic stories from the everyday life of a man who, despite being a responsible adult male (probably) and an even more responsible dad, hasn't forgotten what it means to be a guy. 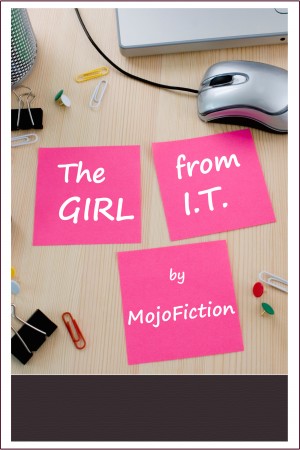 The Girl from I.T. by MojoFiction
Price: $2.99 USD. Words: 79,500. Language: English. Published: May 2, 2014. Categories: Fiction » Women's fiction » General, Fiction » Literature » Literary
Alice Morgan is different, a fact she’s reminded of every time she loses yet another job or another boyfriend. Her problem? When something good happens she always finds an interesting way to talk her way out of it. Well, at least things can't get any worse... 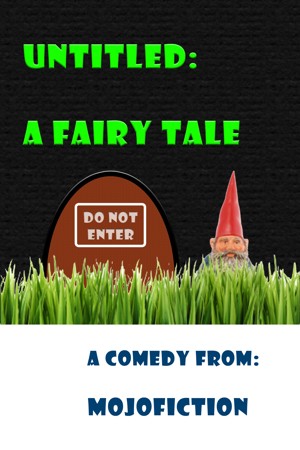 When Princess Amber disappears suddenly while playing in the Forbidden Garden, it's up to Prince Andrew to rescue her ... ten years later. Okay, so he's a little slow. Surely the princess won't hold it against him. Right? 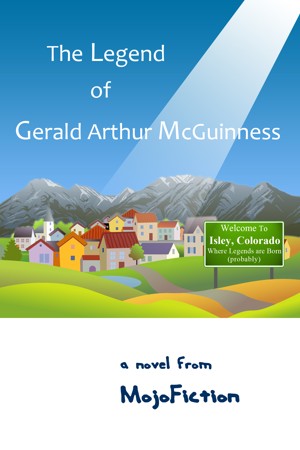 The Legend of Gerald Arthur McGuinness by MojoFiction
Price: $2.99 USD. Words: 90,080. Language: English. Published: February 8, 2013. Categories: Fiction » Coming of age, Fiction » Humor & comedy » General
The Legend of Gerald Arthur McGuinness follows the title character from birth to high school and beyond, as he tries to figure out how life can be so funny, confusing, and heartbreaking, all at the same time.