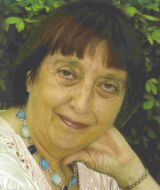 Published 2014-01-05.
When did you start to write?
From about the age of four or five I wanted to be a writer. I was always making up stories for myself. Initially I wrote articles and short stories, then I ventured with my first novel, which I was lucky enough to have accepted by the first publisher I sent it to.
What sort of novels do you write?
All sorts! I could not bear to have to stick with one type. I began with historicals set during the English Civil War and Restoration, moved to Regencies, then romantic suspense, and mysteries. I also wrote twentieth century family sagas, and historicals set at other times. I have even tried what I call a futuristic political satire, Oh Baby! At first I used different pseudonyms for the different types, but now I am publishing all my back list as Ebooks I put them under my real name, apart from some Regencies through Regency Reads under the name of Sally James.
Why the seventeenth century?
At my grammar school we had a wonderful history teacher, but for the year when we were supposed to study the Tudors and Stuarts we had a supply teacher who was hopeless. I felt I had learned nothing from her, so later began reading around these periods.
Do you do a lot of research?
Yes, and often get sidetracked into reading other things. For instance, for my saga The Golden Road I was reading accounts of the Monte Carlo Rallies in the 1930s, in motoring magazines, and found the letters fascinating as people argued about the recently introduced driving tests, speed limits, and women motorists. I slotted real events into my fictional narrative. I also try to visit the locations where I set my stories, and many European and American holidays have given me backgrounds for the novels. My first saga, The Cobweb cage, was to be set in a small mining town in the English Midlands, where I was born and brought up, and I wanted a town that had not been altered much since the 1920s, so I drove around until I found Hednesford. Then I used the local information found in newspapers and directories as background.
Do you plot much in advance?
I start with a few main characters and a situation. I know that, for instance, in a romance the hero and heroine will get together, but I don't know how. I love finding out as the story develops! In the historicals I have to guide my story round the actual events, but often the events themselves can influence the plot. For instance, in Runaway Hill the heroine is staying in Reading when the Roundheads besiege the town, and has to escape.
How do you write?
I was an early user of a word processor, but I have always typed direct, as I can't always read my own handwriting! We now spend half the year in England, and winters in the Portuguese island of Madeira, where I concentrate on Regencies. I was also given the idea for Mating the Llama by seeing the llamas at a small zoo in the island. I need to have my own space, with research books to hand, and though I make extensive use of the Internet I am very cautious about using information I find there. I don't have set hours or daily targets. I usually plan to finish a book by a certain date, say three months ahead, but that is all. When in the throes of composition I can write all day. After the first draft I spend quite a lot of time editing and revising, almost as much time as doing the first draft.
What else do you do?
I have written non-fiction, including five 'How To' books about writing. I do talks and workshops, have edited novels for two publishers, and been a consultant for a third planning a series.
Who are your favourite authors?
There are too many to list all of them! I read voraciously, and some of my favourites are:- historicals, Dorothy Dunnett; mysteries, Charlotte Macleod; classics, Anthony Trollope; and thrillers, Robert Goddard. They never disappoint.
Why did you publish as Ebooks?
Novels, unless by top-selling authors, don't stay in bookstores or libraries for very long, and I wanted to have all my back list available, which was never going to happen with print publishers. It's also satisfying to see a novel available within days of finishing it, instead of waiting a year or more with a conventional publisher. And it's great to have royalties flowing in on a monthly instead of yearly basis!

See more details on my website - www.marina-oliver.net
Smashwords Interviews are created by the profiled author or publisher. 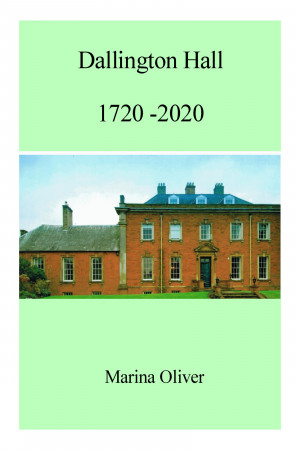 A Short history of Dallington Hall in Northamptonshire, England, from 1720 to 2020 - its owners, residents and the village. 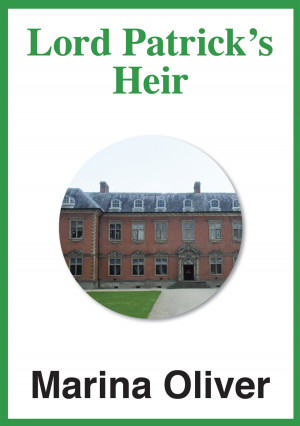 Lord Patrick's Heir by Marina Oliver
Series: Regencies. Price: $5.99 USD. Words: 53,240. Language: English. Published: March 26, 2017. Categories: Fiction » Historical » Regency
When the Earl of Aylesford is killed in a riding accident, they have to wait for his child to be born. If it's a boy he will inherit. If not the title goes to Lord Patrick's brother Martin, but he is in America and has not been heard of for some time. The next heir is cousin Etienne. Then Martin's wife and son appear, saying Martin is dead. 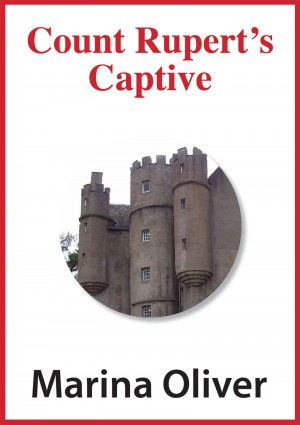 Count Rupert's Captive by Marina Oliver
Series: Regencies. Price: $5.99 USD. Words: 88,230. Language: English. Published: September 29, 2016. Categories: Fiction » Historical » Regency, Fiction » Romance » Historical » General
Their carriage is attacked while on the way to Vienna, and Belle, the only survivor, is taken to the Count's castle. He employs her as companion to his niece, then, by a mixture of threats and promises, asks her to go with him to Vienna where the Congress is meeting, and help him persuade the politicians to return the Tyrol to Austria. 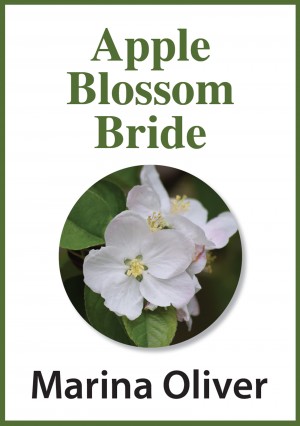 Apple Blossom Bride by Marina Oliver
Series: Regencies. Price: $4.99 USD. Words: 60,770. Language: English. Published: July 5, 2016. Categories: Fiction » Historical » Regency, Fiction » Romance » Regency
Eve longs to escape from her rigidly disciplinarian father, and experience life away from her small Herefordshire village. Her brother James longs to join the army fighting Napoleon. Eve is fascinated by cider-making, and despite her father's disapproval, makes it with the help of a local farmer. When Justin, the Earl of Newark, discovers her in boys' clothes high up an apple tree he is intrigued. 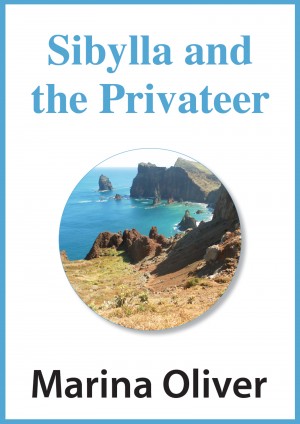 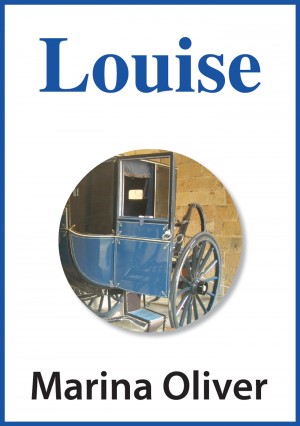 Persuaded by her grandfather to supervise the coming out of Matilda, his great-niece, Louise reluctantly goes to London to take part in the season for the first time since her soldier husband was killed three years before. Matilda is difficult, but Louise enjoys meeting old and new friends and the balls. But finding a husband for Matilda proved more difficult than anticipated. 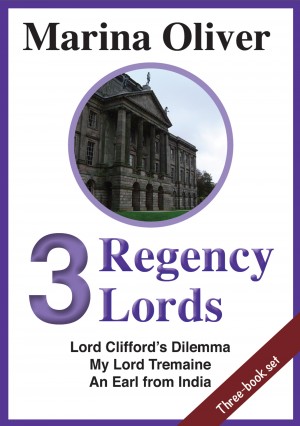 Three Regency Lords – one cannot court Elizabeth while his ward is infatuated with her young brother; one, missing after Waterloo, leaves a devastated fiancée and a cousin with his importunate family; the third, exiled for years, dead in India and impersonated by his bastard half-brother hoping to gain his fortune and an heiress bride. Will they obtain their just rewards? 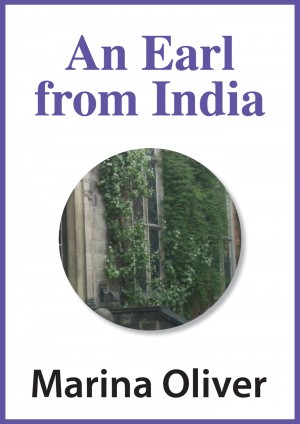 An Earl from India by Marina Oliver
Series: Regencies, Book 5. Price: $4.99 USD. Words: 57,280. Language: English. Published: January 11, 2014. Categories: Fiction » Historical » Regency, Fiction » Romance » Historical » General
A new Regency. How can a disgraced Earl make the most of his return from exile, especially when he is impersonating his half-brother, the real Earl? Silas expects to find a flourishing estate and marry an heiress, but Fanny, the heiress he meets on the homeward-bound ship, dislikes him. Then he meets his family, cousins Lucien and Amanda. and Aunt Charlotte, and finds his inheritance worthless. 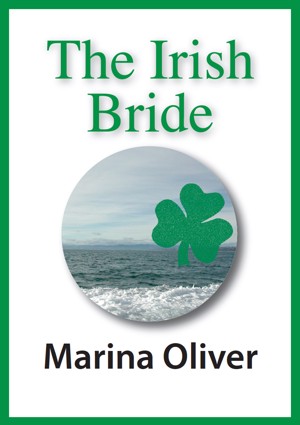 New Regency from Marina Oliver. Brigid has no money, but her unknown family appear to come to her rescue. 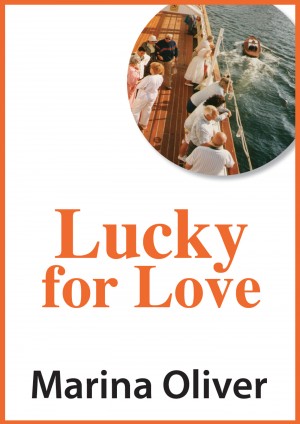 Lucky for Love by Marina Oliver
Price: $2.99 USD. Words: 32,830. Language: English. Published: September 26, 2012. Categories: Fiction » Romance » Contemporary, Fiction » Mystery & detective » General
Can one find love again? Julie's husband was killed in a car smash three years ago.She is bullied into taking a cruise by her sister Susan, who works in the gift shop on the ship. Robert, who lost his fiancée just before their wedding, has other things on his mind as he tries to solve the mystery of thefts from passengers. Then Steven, a figure from the past, takes a hand.
View their profile to see all of their books