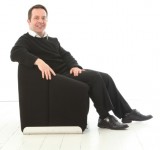 This interview has been viewed 174 times.

What are you working on next?
I'm currently working on two books. The first is the 2nd in the Hannover Series called the Black Dragon Protocol. It sees our protagonist Byford head over to China in pursuit of Broer, his aim to settle the score for the killing that happens in the Hannover Game. In the story we encounter the criminal organisation called Black Dragon. At the end of this novel the world of Hannover, of Melisa and Byford become even more entangled.

The other story is the first in my fantasy world series, Tales of Malartú, called The Rise of Al'daer. In this novel we'll learn about the world and encounter the Talghaern race starting the Land War once again as the attack the outlying islands of the world. Our hero Al'daer arrives to the central island of the Sháelarn at first unaware of the attacks and then battling an stubborn king who seeks to do nothing.
What is your writing process?
Story beats, first draft, read through, share with my wife, redraft, share with my editor, redraft, repeat the last two steps until needed.
Who are your favorite authors?
For indie authors I like Philip Dickinson and Tyler Wandschneider.
For established authors it would be people such as Clive Barker and Tom Clancy.
Describe your desk
It's usually a Microsoft Surface device, parked on any flat surface a home, hotel, train or plane provides.
What inspires you to get out of bed each day?
Writing and building fantasy worlds!
When you're not writing, how do you spend your time?
Not writing?! Drawing, family and the curse of work.
Do you remember the first story you ever wrote?
The first story I ever wrote was actually a chapter from The Hannover Game. It's the scene where the team attack the refinery at the same time as David's crew.
How do you approach cover design?
Like all design issues I approach it in a quite structured way, nothing is by accident even in my art!
What is your e-reading device of choice?
Kindle Paperwhite, changed my life.
What book marketing techniques have been most effective for you?
Word of mouth, everything else is almost insignificant.
When did you first start writing?
I've scribbled things since I was a child.
Published 2016-01-14.
Smashwords Interviews are created by the profiled author, publisher or reader. 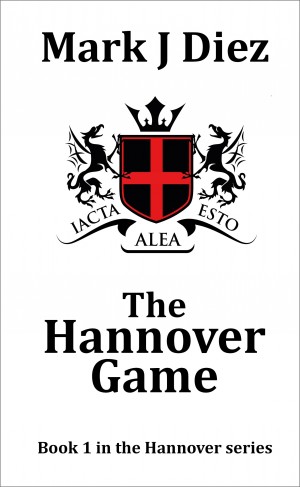 The Hannover Game by Mark J Diez
Price: $4.99 USD. Words: 112,350. Language: English. Published: January 14, 2016. Categories: Fiction » Thriller & suspense » Spies & espionage, Fiction » Adventure » Action
In the Hannover Game, operative Byford is once again draw back into service by a promise of a reward close to home. Finding himself in the middle of a power play of lies and deceit he works to avoid the Anti-subversion and Terrorism Unit (ASTU) while receiving news of a friends death and a potential double-cross from ASTU themselves.