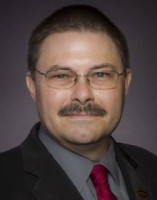 This interview has been viewed 222 times.

The series was inspired by many of my experiences working in reentry services in the jail, as well as providing foster care. We cared for one young lady, in particular, who's much of the inspiration for the main character. I've fictionalized and added things, however. The events are representative of issues we've dealt with as foster parents, rather than a retelling of any "real" events.

The books were written for younger readers. The covers say they're recommended for kids 11 and older, but I think kids as young as 8 or 9 could read and enjoy them, as well. Make no mistake, however, these books deal with some tough subjects, albeit in an age-appropriate way. Children who are in foster care, a guardianship situation, or even in an adopted family, as well as their caregivers, can get a lot from these books. I encourage caregivers, social workers, counselors, parents, and guardians to engage children in discussion around these stories. I think they'll provide a great context for kids to help them understand some of what they might be going through.
Smashwords Interviews are created by the profiled author or publisher.