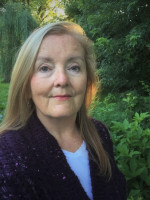 Published 2021-06-30.
Where did you grow up, and how did this influence your writing?
I grew up in upstate New York. It's where my ancestors settled—particularly around the Finger Lakes Region—when they arrived in America from Ireland. Every summer of my life I have visited Keuka Lake, one of the Finger Lakes and the birthplace of the local wine industry. Keuka is to my family as Innisfree was to the Irish poet, William Butler Yeats. Five of my novels are set on Keuka's sparkling shores, including my latest, The Water Mystic of Woodland Springs.
What's the story behind your latest book?
The Water Mystic of Woodland Springs (coming later this year to Smashwords) evolved from a novel I began writing in the 1990s that merged with an idea for the second book in the Caviston Sisters Mystery Series set on Keuka Lake. After my niece's destination wedding at Cape Flattery on the Makah Reservation in the state of Washington I came up with the story's lead character, John Ozette. Part of the story was also inspired by a stay in a cottage on Skaneateles Lake in the 1990s.
My family has always believed that swimming in Keuka Lake heals you of every stress. When I found out there was a water cure sanitarium on the lake back at the turn of the 20th century, I decided to merge what I knew with that history.
What motivated you to become an indie author?
When my first novel was ready, I tried the traditional route of writing queries to publishing houses that seemed to match the genre. It became apparent with the returned form letters that no one was reading my query. Of all the letters I wrote, one received a handwritten reply that they weren't looking for books in that genre at the moment.
A friend in the industry gave me a tip on an agent who was looking for my type of story. Again, form letter rejection.
It was so frustrating because no one had read a single word of the novel. I believed in the story and felt that it would appeal to readers.
At a Fourth of July party, I met a man who self-published with Lulu. I'd never heard of the concept. I went home and Googled it and discovered CreateSpace. It sounded like a good deal, so I self-published my first paperback through them. It's been great. I've learned SO much about the industry since The Cyber Miracles was published in 2008. My latest work is my eighth novel/ninth book published.
What is the greatest joy of writing for you?
My greatest joy comes when a reader believes the story I've written and is genuinely moved by the characters created in my imagination. If my writing can transport someone from the dreariness of life, or make them laugh, or make them cry, I feel I've done my job well.
What do your fans mean to you?
There would be no reason to write without an audience. I love when a reader gets as involved with my characters as I do, and asks why they did this or that. Their honest feedback has helped my writing improve so much. Simply, they mean the world to me.
Who are your favorite authors?
Eudora Welty, Anne Tyler, Flannery O'Connor, Frank McCourt, John Irving & Maeve Binchy
What inspires you to get out of bed each day?
Curiosity. Also the promise of fresh-brewed coffee.
When you're not writing, how do you spend your time?
Gardening, learning languages (currently Portuguese), creative cooking, listening to or making music.
What is your writing process?
Be ready to receive inspiration at any moment (you can never have too many little notebooks to jot ideas into).
Write every day.
Don't edit the first draft. To paraphrase that popular kid's movie theme song, let if flow, let it flow!
Your best writing often comes in the editing.
Listen to your editors.
What are your five favorite books, and why?
In no particular order...
1. Catcher In the Rye by J.D. Salinger: I love the voice of Holden Caulfield, the fast clip of the storytelling, the way it evokes a particular era in my mind and the way it made me laugh out loud so much!
2. The Optimist's Daughter by Eudora Welty: This was a huge influence on my writing. Previously I thought that stories had to be about big themes. She taught me that quiet, everyday things, such as the settling of an estate, could tell so much about humanity.
3. The Accidental Tourist by Anne Tyler: Her work is great. She was also inspired by Eudora Welty, and it shows in her focus on the everyday foibles of normal people.
4. The World According to Garp by John Irving: What a treasure trove of great characters in this quirky tale, Roberta Muldoon especially.
5. Angela's Ashes by Frank McCourt: This memoir is poignant, terribly sad and hilarious all at the same time. McCourt's writing is masterful, and his ear for dialogue, perfect. The scene in the sanitarium is one of the most powerful things I've ever read.
Smashwords Interviews are created by the profiled author or publisher. 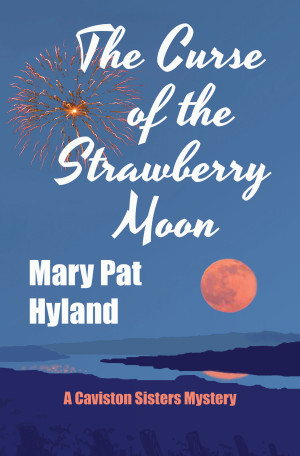 The Curse of the Strawberry Moon: A Caviston Sisters Mystery by Mary Pat Hyland
Price: $4.99 USD. Words: 101,120. Language: English. Published: October 8, 2017. Categories: Fiction » Mystery & detective » Cozy, Fiction » Mystery & detective » Women Sleuths
When an aging rock star is found dead in a New York vineyard, the Caviston sisters are drawn unwittingly into solving the murder of a member of a band they once idolized. Named after a Seneca Indian fable that haunts the story, The Curse of the Strawberry Moon blends eccentric characters with a riveting plot that delves intimately into the Finger Lakes wine industry. 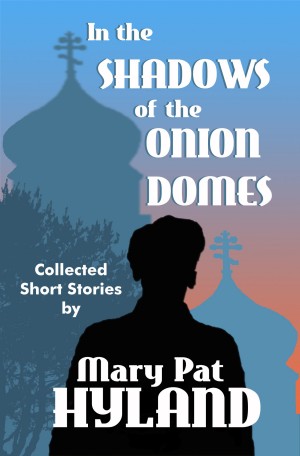 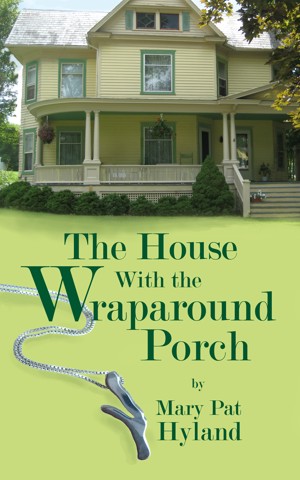 When Mame McGrath's family moves in across the street from a magnificent Queen Anne-style house, she notices a catatonic young man rocking on its wraparound porch. Mame proclaims boldly that she will restore his psyche—devastated by a drowning in Keuka Lake. What she doesn't anticipate is that he and this house will become the heart of her existence. 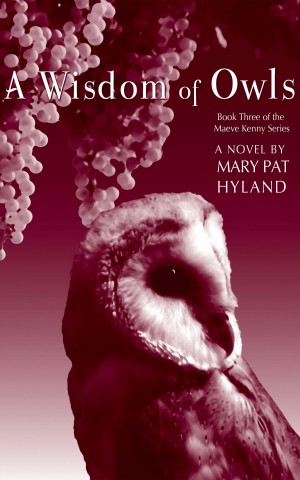 A Wisdom of Owls by Mary Pat Hyland
Series: Maeve Kenny, Book 3. Price: $3.99 USD. Words: 66,600. Language: English. Published: June 8, 2012. Categories: Fiction » Women's fiction » Chick lit, Fiction » Romance » Contemporary
Fergal & Brídgeen Griffin face a tough deadline for making the Finger Lakes winery they manage for their cousin profitable. The date collides with the onsite wedding of their best friends, Maeve & Andy. In honor of the Griffin's successes though, they give them a barn owl box with a webcam. It draws in the world as the winery fails & all realize there's much to be learned from the wisdom of owls. 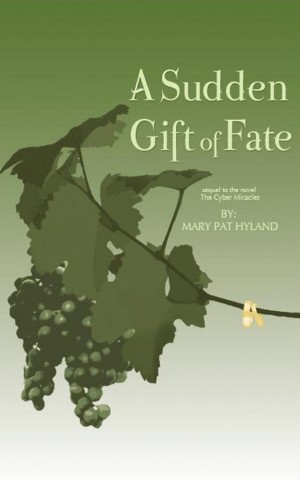 A Sudden Gift of Fate by Mary Pat Hyland
Series: Maeve Kenny, Book 2. Price: $3.99 USD. Words: 83,040. Language: English. Published: June 8, 2012. Categories: Fiction » Women's fiction » Chick lit, Fiction » Romance » Contemporary
Irish newlyweds Fergal and Brídgeen Griffin receive an interesting proposal to manage a Finger Lakes winery his cousin bought as an investment. They accept the gift of fate, but when they see the run-down Keuka Lake property and meet its surly winemaker, they realize it will be a challenge getting from grapes to glass. Can they keep hope alive? 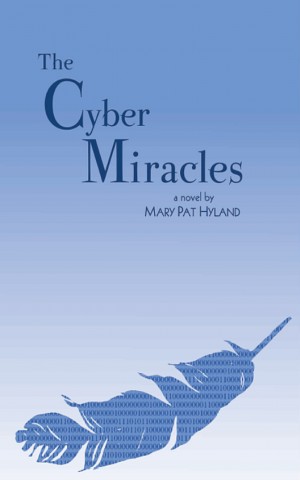 The Cyber Miracles by Mary Pat Hyland
Series: Maeve Kenny, Book 1. Price: $3.99 USD. Words: 55,260. Language: English. Published: February 18, 2012. Categories: Fiction » Women's fiction » Chick lit
Maeve Kenny loses her bright Manhattan career and soap star boyfriend suddenly through a run of bad luck. She's forced to move back to her parents' upstate N.Y. home where she befriends their quirky, computer-hacking neighbor, Andy. When he creates a website to help her get re-employed, Maeve tells him she needs a miracle. Who would have thought the whole world would be watching when it arrived? 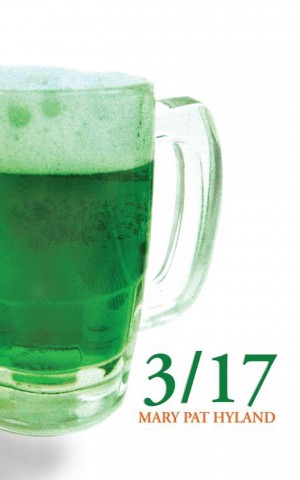 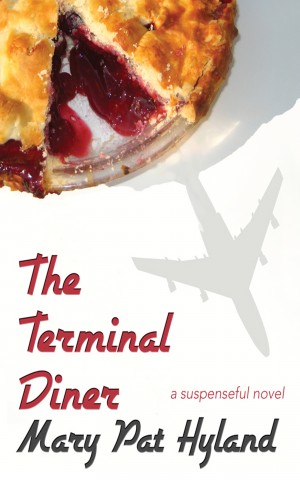 "Men like pie." Elaina Brady's mother shared that bit of wisdom with her shortly before hitching a ride West with a trucker from Missoula. Elaina takes on her mother's job making pies at the family diner—a dull existence. Then on the eve of Sept. 11, people she meets expand her horizons, inspiring her to be impulsive like her mother. Will she survive the consequences of her actions?