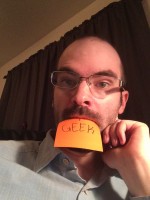 Published 2016-05-07.
What is your e-reading device of choice?
My PC. Call me old-fashioned.
Describe your desk
A small landfill.
When did you first start writing?
When I was too young to know any better. Probably first grade. I blame Miss Foltz for getting me started, although I could probably blame a lot of influences.

Mostly I got into it for the same reason other writers write: no social life. Ahah-haaah.
What's the story behind your latest book?
My latest book on Smashwords, the Helios Legacy started with a hatred of internet politics, and grew into a love letter to westerns. I originally wrote it visually as a graphic novel storyboard, but lost faith in the project and shelved it. Years later I tried rewriting it as an indie game (twice) and shelved it again. Now it's a novel, the story actually works, and the characters are actually tangible people. For the most part.

My latest and first book for Pro Se Productions, Shadow of the Fox, came about because I have a hard-on for samurai cinema and classic Mission: Impossible. I just brought the two together in an effort to create something nobody had seen before. Maybe.
What motivated you to become an indie author?
Publishing houses take too long, and can't keep up with my content output. I'm a bit of an overachiever I guess.
What is the greatest joy of writing for you?
Playing God, and giving people a laugh or a thrill in the process. If someone reads my work and audibly reacts to it, I'm on Cloud Nine.
What do your fans mean to you?
Everything. Without them, I'm just talking to myself, and that's just depressing.

Wait, I have fans?
Who are your favorite authors?
Elmore Leonard and John Gardner are the man(s). I could read their work all day. Leonard's characters and scenarios are so much fun, and even Gardner's bad books are page-turners you can't put down.
When you're not writing, how do you spend your time?
Playing/designing games of the board/video variety, or helping keep the local library in business.

Occasionally looking for a girlfriend. *sob*
Do you remember the first story you ever wrote?
Two guys in robot suits battled it out in an arena. The villain's name was Spike, but I was in kindergarten, so I spelled it "Spick", which my latino babysitter thought was fucking hysterical.
What is your writing process?
Like navigating a labyrinth. If my current path isn't taking me anywhere, I backtrack and take a new path. Writer's block is a myth.
How do you approach cover design?
Usually by looking at professional cover samples, thinking "this shit is so boring", and then sketching it myself. I have a background in comics and art composition, so I can usually come up with something relatively eye-catching after a few dozen miserable attempts.
What are your five favorite books, and why?
The Year of the Angry Rabbit - Brilliant piece of punchy sci-fi satire, and a good quick read.
Red Harvest - Great hardboiled action-thriller that influenced my own hardboiled writing.
Scary Stories for Sleepovers - Inspired me to write horror when I was younger.
Super Mario Bros by Valiant Comics - Helped shape my absurd sense of humor.
Comics and Sequential Art - Should be the Bible for anyone who does comics.
What do you read for pleasure?
Wiki articles usually. Also anything with punchy narrative or dialogue, so I love a good western or hardboiled detective story.
Smashwords Interviews are created by the profiled author or publisher. 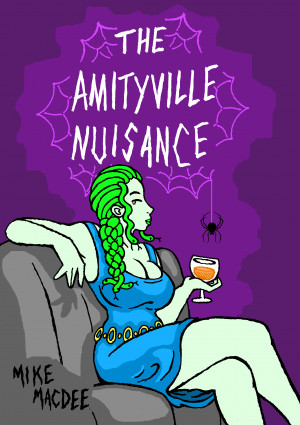 The Amityville Nuisance by Mike MacDee
Price: $2.99 USD. Words: 45,400. Language: English. Published: February 14, 2018. Categories: Fiction » Humor & comedy » Black comedy, Fiction » Fantasy » Paranormal
Modern wizard Henry Holiday and his snake-haired ex-girlfriend Lulu get roped into a religious potluck at the Amityville House, which may or may not really be haunted this time. Probably not, but you never know, and Henry's being paid, so he may as well look into it. 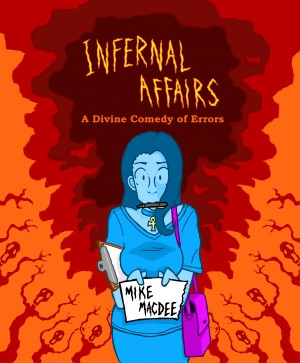 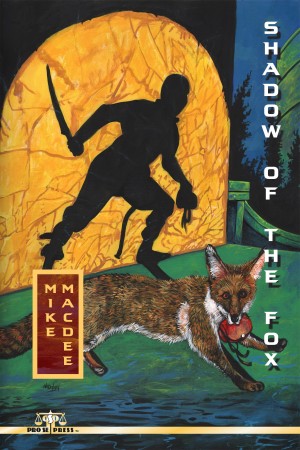