Published 2014-03-01.
What is your latest publishing project?
My new ebook is called Fanny Price,Slayer of Vampires,which takes Jane Austen's Mansfield Park in a whole new direction as the book's heroine finds herself having to save her relatives from the clutches of Mary and Henry Crawford,who have sharp fangs to match their wit and wiles.
Other than the obvious,what differences are there between your book and Mansfield Park?
I decided to tell this story in a series of letters than Fanny writes to her favorite brother William but never sends him,for fear of causing him undue concern. The secret correspondence is discovered by present day descendants of the Bertram family,who now live in America and have just found out they own some property back in England. One of the modern time Bertrams, a fellow named Willie E, thinks that publishing his ancestor's story might get him some of that "bestseller" success and maybe even a movie deal with Angelina Jolie-who knows,it might happen!
Why Fanny Price?
In addition to 2014 being the 200th anniversary of the publication of Mansfield Park, one of my motivations in writing this book was to give readers a better look at Fanny as one of Austen's heroines worth admiring. While she may not have the lively wit of an Elizabeth Bennet or Emma Woodhouse, Fanny shares some first rate qualities with other Jane Austen leading ladies such as Elinor Dashwood and my personal favorite,Anne Eliot.

Fanny's quiet ways are just one layer of her personality;she is a smart,observant young woman who is eager to be useful to everyone around her despite how they may treat her (yes,Aunt Norris,this means you!) and her moments of personal bravery like refusing to take part in Lover's Vows and standing up to her uncle regarding Henry Crawford's proposal( by the way, I do NOT think he is truly in love with Fanny, merely in love with the idea of being in love with her) should make her more respected than she is in some circles. Hopefully, this book can help to bring Fanny's light out from behind the bush or shrubbery,in this case!
What choices did you make in choosing Fanny as your main narrator?
First off, I started the story as Fanny's Uncle Norris passes away and I gave him a rather important role to play in preparing her for what's to come. A good deal of the original book is not told from her point of view, so a few choice bits of plot and dialogue were either put aside or added in when possible.

I chose letters as the way to tell my story,as Fanny is a faithful correspondent to her Naval brother William and while it's not a diary, I do feel that she would confide in him on certain things that she wouldn't to Edmund,the other main man in her life. Hopefully, I did Fanny justice in these letters and made her a bit more relatable to modern readers.
Who is Willie E. Bertram?
He's the modern day descendant of the Bertram family,who along with his sister Susan May,discovers Fanny's secret letters and decides to publish them much to his sister's dismay. Willie is a friendly sort of guy who may not be book smart but is savvy enough to see a trend worth hitching his wagon to,plus he hopes to have Angelina Jolie star in the movie version.

He's the laid back sort of character that Austen has placed in some of her novels like Mr. Rushworth(who I feel a little sympathy for) and Charles Musgrove who would get along just fine with those fellas,indeed!
Mary and Henry Crawford as vampires,what inspired you to imagine them that way?
Well,their appeal to the Bertram family does seem to have magical qualities,what with Mary's harp playing skills and Henry's charms slowly growing on the Bertram girls,who find him rather plain at first but are under his spell not before long(particularly Maria!). While there are a good number of vampire versions of Darcy and Jane Austen(which I do enjoy), Henry and Mary's manipulations seem more suitable to vampire lore to me.
Beside Henry and Mary, are there any other vampires in this story?
Yes, but one in particular I can not tell you about or it would spoil the surprise. I will say that a few hints about who turned the Crawfords into vampires will remind readers of a certain gentleman from Translyvania, a cameo appearance if you will.
You call this novel "fang in cheek"-is it meant to be humorous?
At times,I do add a bit of comedy into the mix-how can I not,with a title like this? Fanny Price, Slayer of Vampires can be a bit of a dramedy, with some pop culture references to other vampire fare and while it's not very gruesome, I do have some scary moments,so don't say you weren't warned!
How do you approach cover design?
I'm lucky enough to have an artist in my family,my sister Stephanie O'Donnell. When she's not working on her graphic online series Perfect Agent(written by Greg Carter), she has designed all of my cover art for which I am truly grateful!
What motivated you to become an indie author?
The opportunity to reach a wider audience,plus this site was recommended to me by an author who is commercially published yet still supports the indie writer movement.
Who are your favorite authors?
I have so many,yet a quick list would include Stephen King,Jane Austen,Carrie Vaughn.John Irving,Louisa May Alcott and Edith Wharton.
When you're not writing, how do you spend your time?
I have a pop culture blog entitled Living Read Girl,where I talk about books,movies and TV. Also read quite a bit and keep up with the latest in vampire shows-True Blood,during the summer and The Vampire Diaries the rest of the year!
Smashwords Interviews are created by the profiled author or publisher. 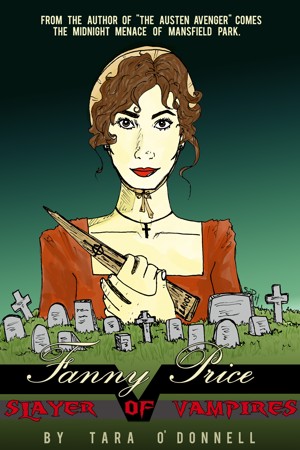 Fanny Price: Slayer of Vampires by Tara O'Donnell
Price: $1.99 USD. Words: 64,140. Language: English. Published: February 11, 2014. Categories: Fiction » Humor & comedy » Black comedy, Fiction » Classics
The classic Jane Austen novel gets a chilling twist as a series of secret letters reveal a menace to Mansfield Park more frightening than a visit from Aunt Norris. From the author of The Austen Avenger comes Fanny Price,Slayer of Vampires,a fang in cheek celebration of Austen's most underrated heroine on her 200th anniversary. She may speak softly but Fanny does carry quite the sharp stick! 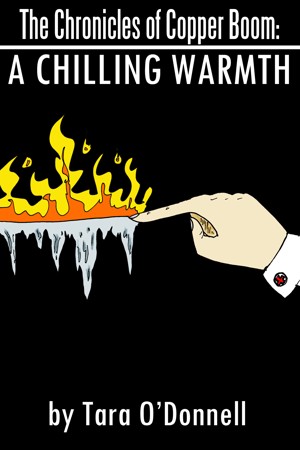 The Chronicles of Copper Boom: A Chilling Warmth by Tara O'Donnell
Series: The Chronicles of Copper Boom, Book 2. Price: $0.99 USD. Words: 11,580. Language: English. Published: January 30, 2013. Categories: Fiction » Graphic novels & comics » Contemporary women
While recovering from her encounter with super villain Kingston Cobre,rest is the last thing that Penny Slater is getting. Between angry phone calls from her stepmother and an unexpected interrogation, our would be heroine is more than ready to check out of the hospital. A new friend seems to be the cure for what ails her but what are the sinister side effects? Find out in A Chilling Warmth! 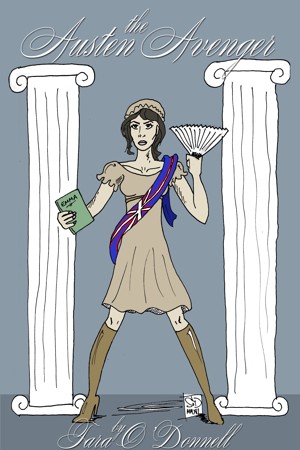 Andy was a mild mannered clerk more familiar with comic book superheroes than Jane Austen heroines. That all changed when a Regency era lady of mystery entered his life to introduce him to the girl of his dreams and so much more. From the author of The Hench Woman's Handbook and Chronicles of Copper Boom comes The Austen Avenger,a champion of universal truth,polite justice and the Austen way. 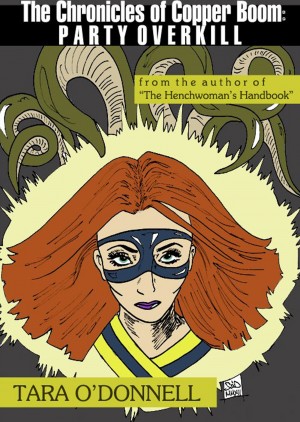 The Chronicles of Copper Boom:Party Overkill by Tara O'Donnell
Series: The Chronicles of Copper Boom, Book 1. Price: $0.99 USD. Words: 15,620. Language: English. Published: April 3, 2012. Categories: Fiction » Graphic novels & comics » Contemporary women
When Kingston Cobre needed a safe hideout from the cops,a rich kid's birthday bash was last on his list. Lucky for him,a demand for entertainment and his reptilian looks got him an instant invite. That good luck didn't last long as he wasn't the only guest with a hidden agenda and special powers... The Chronicles of Copper Boom shows how thin the line is between being a superhero or villain. 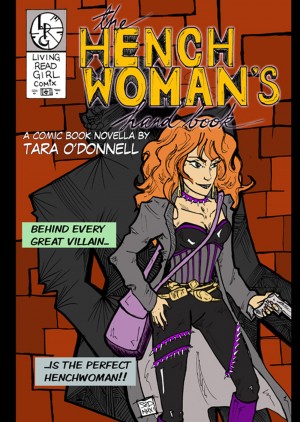 The Hench Woman's Handbook is an unwritten guide to becoming the best super villain assistant that you can be. One fateful night, this hard earned wisdom is passed along to a giddy young ingenue from a veteran villain who appears to be past her prime. However, more than one lesson is learned that night and the final grade that is given may prove to be F for Fatal.