I've written stories, I think, for as long as I could read. The first one that I was really proud of - proud enough to send it out - was about a nightclub where stepping through the door was like stepping into another world. It got rejected, of course, but actually I got a hand written note of encouragement from the editor, and that made me think that maybe I had something.
What is your writing process?
I'm an absolutely obsessive planner. I plan more than anyone else alive. My first step is to write a sentence, maybe two, summarizing the basic plot as I see it in my head. Then I make a structural outline, writing down each of the steps that I want. After that I'll flesh out characters before I write a present tense overview of the whole story. From the overview I write a first draft, which is very loose and sketchy, then if I'm happy with that I'll write a second draft or actually get down to business.

The thing for me is, I hate editing, so all this planning and outlining means that I can edit as I go along. Apart from a few minor corrections, there's no full on editing phase for me.
How do you approach cover design?
My graphic design skills are non existent, so I hire a graphic designer to make the cover for me. But I'm still totally out of my depth, even with someone else doing all the work. I can say whether I like a design or not, but wouldn't be able to pinpoint what's working and what isn't.

Luckily I have a very good author friend who is willing to vet the designs that come through from my designer, and the designer is very capable in the first place. So between us all, I think we manage to get something that looks good.
What do you read for pleasure?
A lot of romance and erotica, but I'm also into some other genres that might surprise my regular readers. Horror, fantasy, a little sci-fi. I've been known to read literary fiction on occasions and weird crossover books that don't really fit neatly into any of the usual categories.
What is your e-reading device of choice?
My normal, e-ink Amazon Kindle, although I do also have a Kindle Fire tablet that I sometimes use (particularly for books with lots of pictures) and I will read on my phone if I'm stuck without anything else.
Describe your desk
I don't use one. I prefer to use my laptop while I'm sitting comfortably on a soft chair or sometimes on (or in) my bed!
What's the story behind your latest book?
"Girl Next Door" began life as a short story written in response to a regular contest (whose name I won't mention here because it might offend some sensibilities). Half a dozen or so readers on the first day, and more after, begged for a sequel to explain what happened next so I started work. The novelette is the result.
What motivated you to become an indie author?
I used to desperately want to be traditionally published, now I'm really glad it didn't happen. Being an indie, keeping control of your own rights to publish and sell your work, suits my outlook much better. It's hard work if you want to get it right - you're no longer just a writer but an entrepreneur, with all the associated headaches, so it's not for everyone.
What is the greatest joy of writing for you?
When I have an idea for a story it consumes me. I'll get little sleep just so that I can work on the story and get it finished. I can sometimes turn out 5,000 words or more in a day if I'm really into the story. That's what I love, the actual act of creating a world that wasn't there before.
What do your fans mean to you?
Fans mean everything. Each story, each book, is as much theirs as it is mine. More even. That's why I keep my blog going with free stories, and why I'm on Twitter a lot. I know from my own experience that when you've read a book you loved, and you get to speak to the author, it's something really special. I hope to have that kind of relationship with as many fans as I can.
Smashwords Interviews are created by the profiled author or publisher. 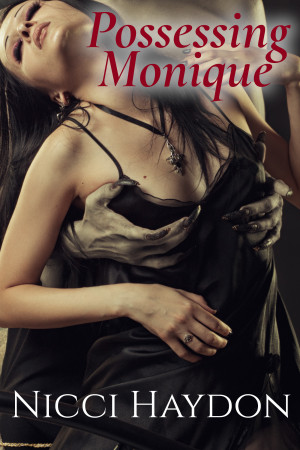 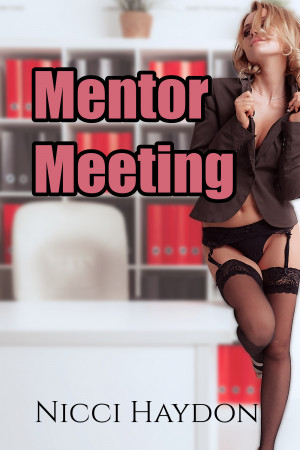 Mentor Meeting by Nicci Haydon
You set the price! Words: 6,360. Language: British English. Published: June 8, 2019. Categories: Fiction » Erotica » Lesbian Erotica, Fiction » Erotica » General
Georgina Hammond is the object of Sienna's desires, the woman who appears in her mind every time she touches herself. It's been that way for months and it's driving her wild. She wants Georgina to strip her, bend her over the desk and make her mewl. But not only is Georgina older, wiser and more experienced. She's also Sienna's mentor at the company where she works... 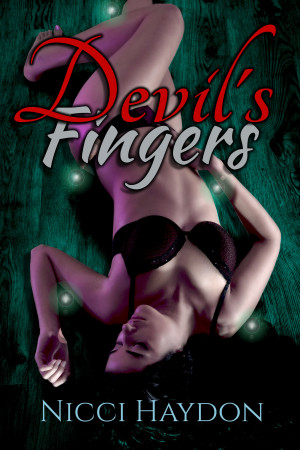 Devil's Fingers by Nicci Haydon
You set the price! Words: 8,450. Language: British English. Published: December 19, 2018. Categories: Fiction » Erotica » Paranormal, Fiction » Erotica » Sci-Fi Erotica
Agatha Redford has secrets. Desires and fantasies she keeps hidden beneath her prim, austere visage. When a dark power invades her local church, Agatha is offered everything she's ever wanted. All she has to relinquish is her immortal soul... 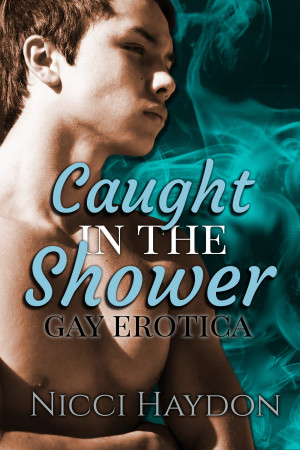 Caught in the Shower - Gay Erotica by Nicci Haydon
Price: $2.99 USD. Words: 8,340. Language: English. Published: November 2, 2018. Categories: Fiction » Erotica » Gay Erotica, Fiction » Gay & lesbian fiction » Gay
Ed has never dreamed of having sex with another man. He knows that his room mate, Coren, is an attractive guy, but that's as far as the thought has ever gone ... then he catches Coren showering. 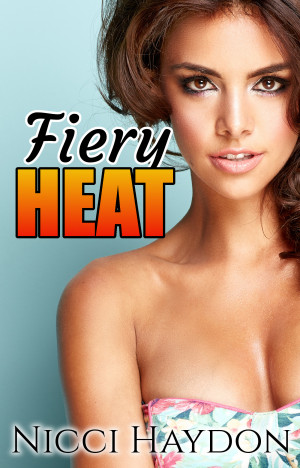 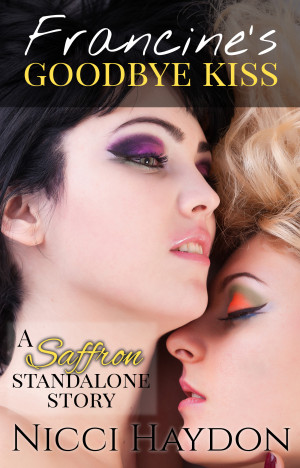 Francine's Goodbye Kiss by Nicci Haydon
You set the price! Words: 2,320. Language: British English. Published: October 7, 2017. Categories: Fiction » Erotica » Lesbian Erotica, Fiction » Erotica » General
When Francine's girlfriend lands a dream job hundreds of miles away, she knows that it signals the end of their relationship, and the start of a new chapter in her own life. But as she waves her lover goodbye, one last kiss turns into a passionate final farewell that neither of them will ever forget. 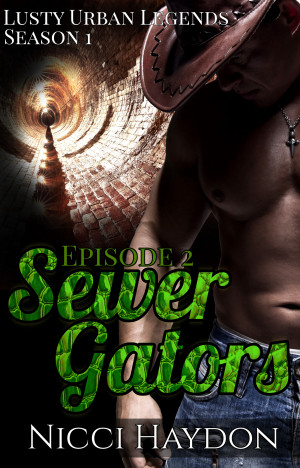 New York sewer inspector Chrissy Burgundy just wants to explore the 19th century sewer tunnels beneath her city. But when her footing slips and she finds herself plunging into the darkness, the last place she expects to end up is in the well-toned arms of an Australian alligator hunter. 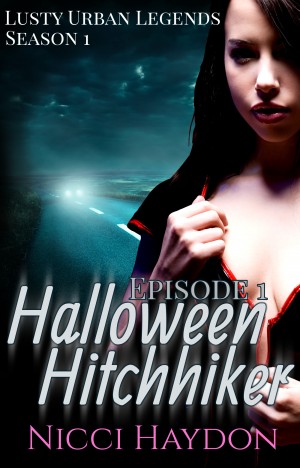 Ned Raymond is on his way to a Halloween party when he spots a beautiful girl stranded at the side of the road. Dressed in a scanty nurse's costume, she climbs into the passenger seat and asks Ned to take her to the party. But when the most attractive girl he's ever seen starts offering to repay his kindness, it quickly becomes obvious that she wants them to share more than just a set of wheels... 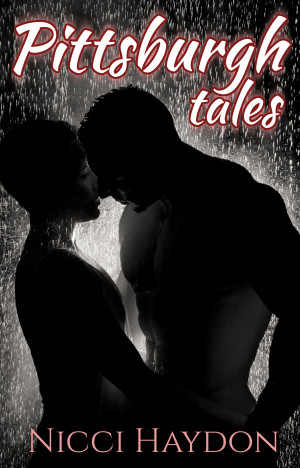 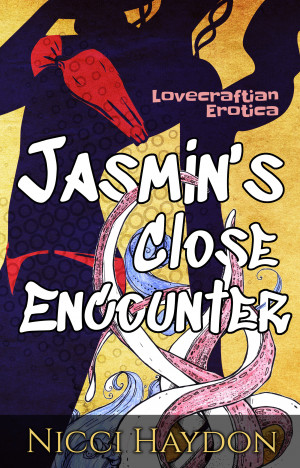 Jasmin's Close Encounter - Lovecraftian Erotica by Nicci Haydon
Series: Lovecraftian Erotica. You set the price! Words: 6,520. Language: British English. Published: September 9, 2016. Categories: Fiction » Erotica » Sci-Fi Erotica, Fiction » Erotica » Paranormal
Unappreciated mathematics genius Jasmin needs only three things: to have some fun before she joins the world of work, to find a man who sees more than just her beautiful body and to feel some emotion other than contempt for the entire universe.
View their profile to see all of their books