Published 2014-09-02.
What motivated you to become an indie author?
Advenae actually started out with the title Crossover and I even had an agent for a while. They pitched it and pitched it, and it got a lot of nibbles by editors with the big-time publishers, but ultimately no one ever took the bait. So I simply decided to put it out there on my own. I worked hard on this story, and I wasn't going to let it collect virtual dust inside my computer for the rest of my life.
How do you approach cover design?
It has to look excellent. The saying may be, "Don't judge a book by it's cover," but we all know that isn't true. If an author or publisher can't be bothered to obtain a great cover, then what does it say about the inside of the book? How much effort went into it and its editing? When you've crafted an amazing story, you dress it in top and tails, not rags.
What are your five favorite books, and why?
1. Old Man's War by John Scalzi - one of the best science fiction books I've read in a long, long time. The man has so much skill it's ridiculous.

2. Watership Down by RIchard Adams - I read this book once every year for maybe 5 years in a row and I still love it. Yeah, it's rabbits, but this isn't fluffy bunny stuff. It's survival, family, and it's just not something you come across every day.

3. Smithsonian Natural History published by DK - I love everything DK makes, and if you've never looked inside of a DK book, you're missing out. Yes, it's a massive book, but everything in it is amazing and it's one of my go-to books for any number of research items.

4. Homicidal Psycho Jungle Cat by Bill Watterson - What? It's Calvin and Hobbes. They're awesome.

5. Warm Bodies by Isaac Marion - For restoring my faith in the so-far-overdone zombie genre. Not only is it a unique story, but zombies have retaken the supernatural roots they began from. Not more of that "It's a virus" crap.
Describe your desk
Alternately a mess and clean. It will pile up with bills and scraps of paper with notes and reminders, a cup or two of water, and other stuff, and then finally I flip out because it'll become too much and I'll finally clean it. But it's not a very big desk so it can take a while for stuff to actually pile up.
When did you first start writing?
Long, long ago when I was about 10 I guess. I started out writing scary thriller type stuff - probably because I was reading R.L. Stine at the time. It wasn't until I was 13 or so that I discovered thrillers weren't my thing. Fantasy and science fiction - now THAT was where all the fun was. I realized that Earth was boring - anything that happened far from Earth was way more interesting.
Do you remember the first story you ever wrote?
I was in 4th grade and we had to write a short story for some reason. Mine was about a pet shop that sold animals illegally obtained from the rainforest. The animals in the shop were all buddies, but when one of them got sold, they all broke out, found him somehow, and all ended up hitching a ride on a train to get back home. Interestingly enough, it wasn't until I was in 6th grade that I decided I wanted to be a writer.
Where did you grow up, and how did this influence your writing?
It was rare for me to live in one place longer than two years. So no one place has actually had any influence on my writing as far as I know. I guess in that way I can identify with my main character, Scott, since he's hardly in one place for too long either.
What is the greatest joy of writing for you?
I'm actually super-oldschool in that I use college ruled notebooks and pencils to do the vast majority of my writing. A brand new blank notebook is like a drug to me. I frigging love it. There's just so much potential in a blank notebook - and it's up to me to fill it up with words. I really love the feel of the pencil looping over the paper to create letters and words. I don't think I'll ever tire of it.

Writing "THE END" is a pretty awesome feeling, too.
When you're not writing, how do you spend your time?
I won't lie - I'm a YouTube junkie. Since I don't have any up-to-date consoles (or even a really good computer) of my own, I live vicariously through gamers like the guys at Rooster Teeth (and their other content is hilarious, too), Max Gonzalez, Mr. Sark, and others. They're also all really, really funny, and I love to laugh. It's like nothing but comedy online all the time - and why not? I don't watch TV because 99% of it straight up sucks these days.

But I'm not on my ass all the time. I love to camp in the mountains (Rocky, Grand Tetons, doesn't matter), go hiking, take my insane dachshund for walks, swim, or just hanging outdoors. The more elevation, the better, though. Mosquitoes suck.
What's the story behind your latest book?
Woke up one morning and just had this idea of a woman (Anna, in fact) stuck on an alien planet and bumping into a group of Earthlings checking things out there. That's a pretty basic concept, but I just laid there for maybe an hour (maybe two) fleshing it out. Then I got up, went straight to my computer, and wrote pretty much the entire day. I think I even continued on the next day. I ended up with about 60-80 pages of material. I didn't use a lot of it when writing the final copy, and Scott became a main focus rather than just Anna, but it was a great start and ended up with some really great fellow authors to give me feedback to make it even better.
What do your fans mean to you?
At the moment I don't have any (to my knowledge), but if I did, they would mean everything to me. Fans are fantastic. They're the reason authors sell - they love an author's book so much they tell everyone under the sun to read it. Word of mouth is on of the most important ways for a book to get known. Fans support you, encourage others to get into your stuff, and personally, I think once you get to the point that people start making fanart of your stuff, you've made it. I would LOVE to see fanart of my work. That would be awesome.
Smashwords Interviews are created by the profiled author or publisher. 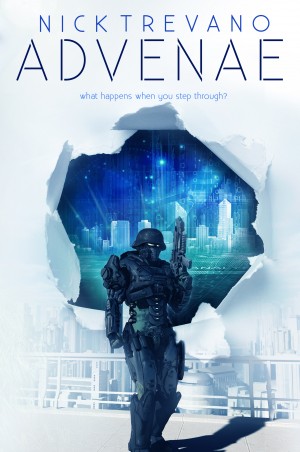