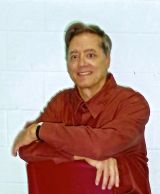 THE HELP. My family had a maid all the way up to the time I was 18. I could easily relate to and empathize with Constantine, Aibileen and Minnie. It was quite a nostalgic read for me without bordering on bathos.

AFFLICTION. I certainly knew a few Wade Whitehouses in my time. Mean and violent white men who thought they were invulnerable. The whole way through the book I was just waiting for Wade to get what he deserved and he did.

FRIED GREEN TOMATOES AT THE WHISTLE STOP CAFE. Because the main characters fought courageously and triumphantly to protect those they loved, even when it meant breaking the law.

I KNOW WHY THE CAGED BIRD SINGS. It's a story of inspiration and courage and it taught me to be a stronger human being.
What do you read for pleasure?
Magazines: The Intelligent Optimist, Bass Player, Writer's Digest, Poets & Writers, The Nation.
For novels: David Baldacci, and anything by Louise Erdrich or Russell Banks.
Where did you grow up, and how did your hometown influence your writing?
In the Southern Maryland town of La Plata, Charles County. Many of my childhood playmates were black, so I often found myself in conflict with Jim Crow. I won those battles. I drank from 'colored' water fountains, patronized 'colored' operated candy stores, and when I was older, I entered segregated beer gardens because I loved "race" music. These experiences almost always find their way into my writing.
When did you first start writing?
Well, in the first grade. Then in the seventh grade I started writing these short stories. In 1978 when I started college, I began writing in journals and I learned a lot about myself by just writing about my daily life. Then I started writing short stories and poetry.
What is the greatest joy you find in writing?
Whenever I write something that brings a new discovery to me, another Eureka moment, something important enough to want to share it with others.
What do your fans mean to you?
They confirm and validate my worth as a writer.
What motivated you to become an indie author?
I came to the conclusion that indie publishing was more logical and practical for me.
How has Smashwords contributed to your success?
It's too early to tell, but I'm naturally hoping for positive results!
What inspires you to get out of bed each day?
My own inner spring of gratitude inspires me. There are always new challenges, new things to learn, new discoveries to make every single day.
In three words, what do you feel now that your book has just been published?
Nervous. Excited. Hopeful.
What kind of book is Eureka man in terms of genre?
Simply put, it’s a literary novel, out with a caveat: It’s a psychological study, and it’s a bit of a mystery and a romance. It’s a novel that can’t be narrowly pigeon-holed. One thing the book is not is a stereotypical prison novel.
Have you received any recent reviews for EUREKA MAN?
Yes. I am pleased and honored to share this with everyone:

"Middleton...crafts an atmospheric, semi-autobiographical tale. In it, he effectively captures the prison experience...and the unquenchable passion of becoming a self-made intellectual while living permanently behind bars. Overall, it's a story about the power of positive thinking and hard work. and Priddy's story shines with hopefulness throughout.

To read the complete review, please visit the KIRKUS REVIEWS website in about one week.
Smashwords Interviews are created by the profiled author or publisher. 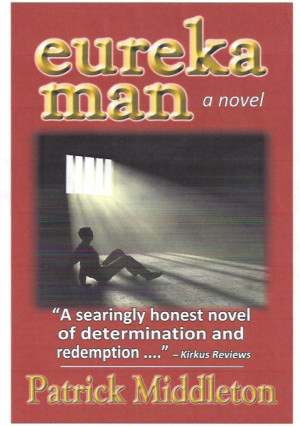