Published 2013-08-24.
Where did you grow up, and how did this influence your writing?
I grew up on a farm in SE Kansas, and the rural life I remember has greatly influenced all of my novels. The setting of each of the novels is a combination of the places I lived, including the Iola area, Emporia, and where I now live, Topeka.
When did you first start writing?
I've written sporadically since the mid-'70's, not counting when I was a newspaper reporter and a radio newsman. The beginnings of several stories I started 40 years ago have been pulled from the drawer, literally, and expanded into full novels.
What motivated you to become an indie author?
When I uploaded my first novels from "The High School Series", I was simply writing more than I had time to query agents for, and I decided to self-publish and move on with my writing instead of trying to spend time and effort in attracting an agent for my early work. (However, I'm still sending out queries for some of my novels.)
What are you working on next?
At the moment I'm working on a sequel to my post-apocalyptic novel. However, it's from a different viewpoint than the one I used in the first novel. It's a real challenge!
Do you remember the first story you ever wrote?
Yes. It was awful, but then as a seven-year-old I hadn't read many books to know any better. Fortunately, the "manuscript" (probably a page from a Big Chief tablet) hasn't survived; it involved monsters in the dark outside my window, but I woke up, and it had all been a dream.

The second story? Aliens from space, complete with illustrations, written in seventh grade. Unfortunately, that manuscript survives, but I haven't had the nerve to open it for years. My handwriting back then was so terrible that I probably couldn't read it anyway.
How do you approach cover design?
I call myself an "award-losing cover designer". Not that I ever entered any contests with my covers, mind you. I use mostly photos from my own collection, sometimes cropping or modifying them with Photoshop, and then I add type and color borders in InDesign. The process is cheap and quick, and really, the results aren't all that bad.
What do you read for pleasure?
Although I write young adult novels, I read almost anything for pleasure, from Tolstoy to Victor Canning to Jan de Hartog (my favorite author) to biographies to epic non-fiction (like "Aku-Aku") to as many other YA authors' works as I can get my hands on and my small home has room to house (I have books in EVERY room!)
What is your e-reading device of choice?
I've been using a Kindle Keyboard for over a year, but I also read some books on my Macbook Pro. Once I'm engrossed in the story, it doesn't matter if I have a computer on my lap or a hard-copy book in my hands, or the Kindle propped in front of me. It's the story that counts, not the medium that houses it.
What is the greatest joy of writing for you?
I get great satisfaction in being able to "preserve" the personalities of kids I've known via characters in my YA novels. Sometimes a character is a compilation of characters. Sometimes I start with a given personality and turn him or her loose in the story to see where s/he will take me. Once I get rolling, those personalities take over and dictate where they'll go next with their little foibles.
Who are your favorite authors?
Jan de Hartog, Chris Crutcher, Laurie Halse Anderson, John Steinbeck, Ernest Hemingway, Leo Tolstoy, Karen Hesse, Victor Canning, Nevil Shute, Alan Bradley, Arthur C. Clarke, Ray Bradbury, John Green. In no particular order.
Smashwords Interviews are created by the profiled author or publisher. 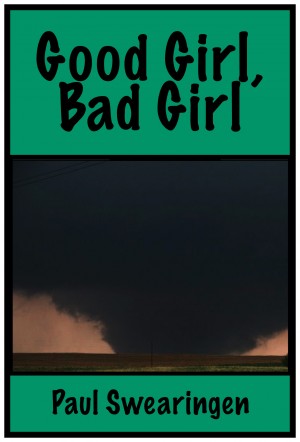 Good Girl, Bad Girl by Paul Swearingen
Price: $0.99 USD. Words: 50,190. Language: English. Published: October 15, 2015. Categories: Fiction » Young adult or teen » Drama
A young man is given a chance to accept responsibility and show that he is worthy of trust. At stake is his job, the lives of the people in his city, including a special person. 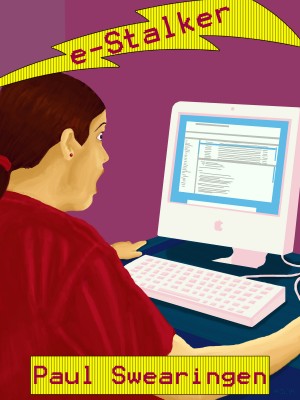 e-Stalker by Paul Swearingen
Price: $0.99 USD. Words: 48,650. Language: English. Published: October 5, 2015. Categories: Fiction » Young adult or teen » Thriller & Suspense
Alex wants to improve her writing so she can be published in her high school literary magazine, so she turns to the Internet for help. However, she slowly realizes that someone is stalking her, someone close by. 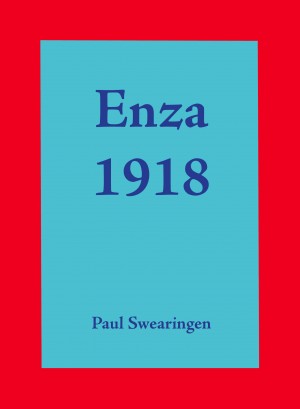 Enza 1918 by Paul Swearingen
Price: $1.99 USD. Words: 50,440. Language: English. Published: October 5, 2015. Categories: Fiction » Young adult or teen » Historical
16-year-old Mary Alice is in trouble for low marks in school, which she has until the end of the semester to bring up. But little does she know that she will be forced to face a new threat to her family and community, the dreaded influenza pandemic of 1918. 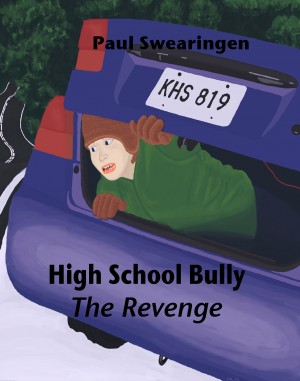 High School Bully – The Revenge (sixth in the high school series) by Paul Swearingen
Price: $0.99 USD. Words: 52,540. Language: English. Published: October 5, 2015. Categories: Fiction » Young adult or teen » Adventure
Lindi isn't sure she will survive the first day of high school, let alone the rest of the year, with her main middle school tormenter seated right behind her in one class. She knows that she's going to have to use her psychic powers to overcome the obstacles ahead of her. 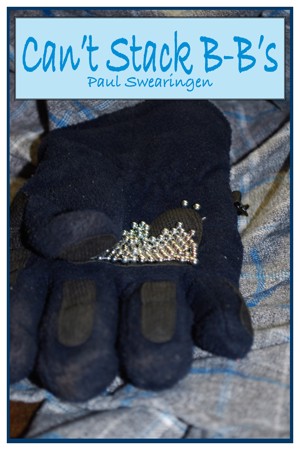 Can't Stack B-B's by Paul Swearingen
Price: $0.99 USD. Words: 58,420. Language: American English. Published: December 6, 2013. Categories: Fiction » Young adult or teen » Science Fiction, Fiction » Young adult or teen » Social Issues
Becky, 14, is beholden to Dane, 17, for saving her life after the "bomb". But she cannot decide if she wants him to be her big brother or eventually a lover. Eventually, the new Order and a somewhat demented rival to her may make that decision for her. 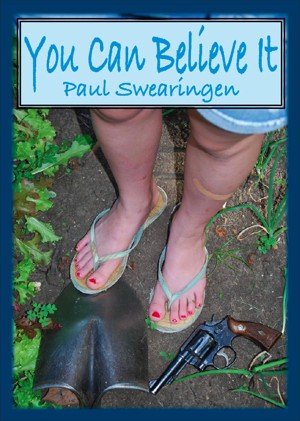 You Can Believe It by Paul Swearingen
Price: $2.99 USD. Words: 76,380. Language: English. Published: August 22, 2012. Categories: Fiction » Young adult or teen » Drama, Fiction » Young adult or teen » Science Fiction
One day, Dane woke up, but no one else did. Or so he thought. But the neutron bombs hadn't killed everyone. Just when he was getting used to being alone in the world, two sisters showed up to change everything again. And yet they weren't the only ones to survive, or to die, and change his world, as he was to find out. Set in the very near future, "You Can Believe It" is suitable for ages 12+. 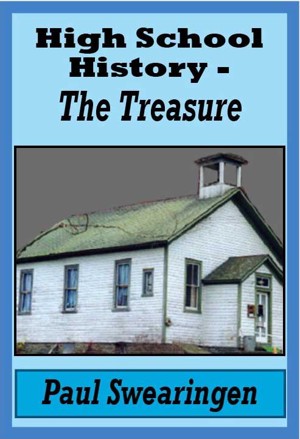 High School History – The Treasure (fifth in the high school series) by Paul Swearingen
Series: The High School, Book 5. Price: $0.99 USD. Words: 56,470. Language: English. Published: January 1, 2011. Categories: Fiction » Young adult or teen » Mystery & Detective
An ordinary history assignment leads Arianna to an old country school building on a Civil War skirmish site, and her younger sister alerts her to a missing girl. Gradually she realizes that the building houses a mystery, and the surrounding grounds must give up their Civil War secrets so that she can complete her essay. But a farmer, two reluctant librarians, and a hair barrette stand in her way. 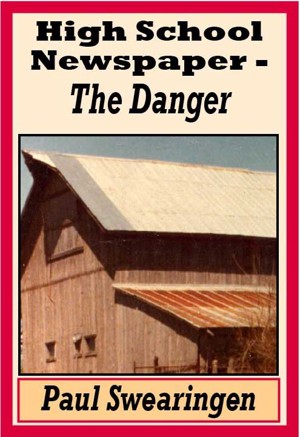 Being newspaper photo editor when you’re only a sophomore may sound like a dream, but to Arianna the nightmare is just starting, with her little sister an unwilling participant. She discovers that her friend will never be her lover, her potential boyfriend really is a hunk, and most importantly that she can swing a tree branch and a length of iron pipe when she needs to defend herself. 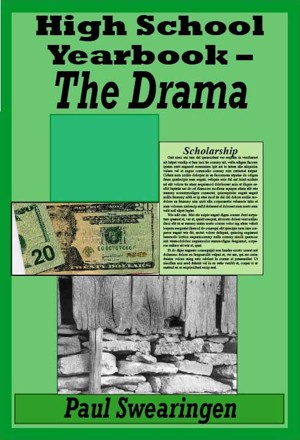 Cherié thinks she’s set to coast through her senior year in high school … until her principal blackmails her to take over editorship of the yearbook. She discovers that neither her principal nor her advisor are what they are supposed to be. She nearly gets creamed in a hallway fight, but her chubby guardian angel makes sure that she survives and uncovers some unusual events. 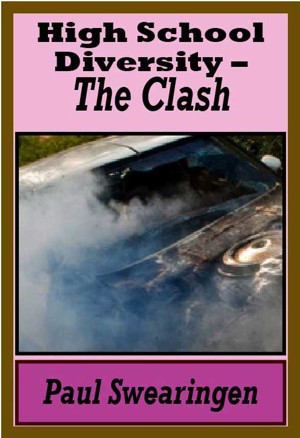 Carla can’t seem to come to grips with her life and seems always to be running away from it and in conflict with persons who always tell her what to do. She’s threatened after a minor misunderstanding; she finds herself in a fast car with a drug runner; she saves her romantic rival’s life with a crusty steak knife. In the end she proves that short Hispanic girls can have fun, too.
View their profile to see all of their books