Published 2013-08-26.
When did you first start writing?
Approximately seven years ago. My brother is a graduate of film and comedy school. We like to kick ideas around. He mentioned writing books and the breakout of the internet for publishing. It was a business trip to Washington DC that really got me going. That's where the first came up with the idea of Jack Blackwood, my first private detective series.
Where did you grow up, and how did this influence your writing?
I grew up in a small suburb called Jenison. It is a few miles west of Grand Rapids, Michigan. As a child or even a teenager, it wasn't exactly a thrilling place to be. However, even in this conservative town, I found several friends who liked to use their imagination. This led to playing games, or just trying to find ways to stay busy. I'm still friends with these people and all of them had led very interesting lives as if trying to break out of the confinement of such a boring town.
What's the story behind your latest book?
Ever since I first saw The Road Warrior, I've had an interest in post-apocalyptic stories. Add in some Star Man's Son, my love of old Zombie movies, and I decided to write "Nano Zombie" - a modern take on the undead. I'm currently writing a followup to this book, this time using the viewpoint of a different character.
What motivated you to become an indie author?
I slaved away at three books, before writing my first big novel: Horror America. I had it edited and read by several other authors. I loved that book so I decided to try the standard route of publishing houses and agents. After a few dozen rejections, I finally got a bite from an agent. I sent the whole work in, only to be rejected, but with several suggestions on how to improve the book. After these changes were made, I decided to self-publish using Smashwords.
How has Smashwords contributed to your success?
Smashwords has been a one-stop publishing destination - it allows me to reach multiple platforms and sellers through one site. That's been great for ease of use.
What is the greatest joy of writing for you?
I've always had an interest in the old "Gold Medal" 25 cent books from the days past. These are the types of books now found in dusty bins at used book stores. Unlike much of the mainstream fiction of today, the stories are interesting and filled with imaginative scenarios. I, like so many other readers, enjoy a good story. I try to write what I would enjoy reading.
What do your fans mean to you?
Hopefully a satisfied customer. I try to write stories that pull the reader out of this world and into another. I hope they enjoy the adventures as much as I enjoy writing them.
What are you working on next?
A follow up to Nano Zombie. The working title is Nano Zombie: Redemption. It will be the continued adventure of one of the characters from the previous novel. The world is decaying and the Zombies now control the entire earth.

I also have a Civil War ghost story with a treasure hunt book on the back burner. This will be finished up when the other book is done.
Who are your favorite authors?
The first authors that come to mind are Phillip K. Dick, early K.W. Jeter, Donald Hamilton, John D. MacDonald, and Andre Norton.
When you're not writing, how do you spend your time?
Even though I'm a computer programmer by day, I have very little interest in modern technology. Instead, you'll find me working on vintage stereo equipment, building engines, hiking, or reading.
What do you read for pleasure?
I read a lot of non-fiction - mostly shipwrecks, true crime, biographies, and history. I've found that the real world really is stranger than fiction. Some of these true stories give me inspiration for writing.
Smashwords Interviews are created by the profiled author or publisher. 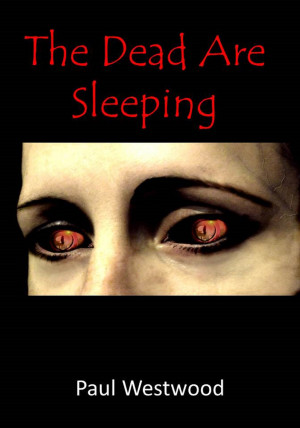 The Dead are Sleeping by Paul Westwood
Price: Free! Words: 73,730. Language: English. Published: March 11, 2019. Categories: Fiction » Horror » Undead
Tom Jacobs has a peaceful life as a professor at a small college. But the peace he knows is shattered when a plague is unleashed on Earth. The plague wipes out vast numbers of people, but leaves a handful of survivors. Tom struggles to adjust to the new world, which has many horrors. The remaining humans are hunted pitilessly by vampire-like hordes, who roam during the darkness of the night. 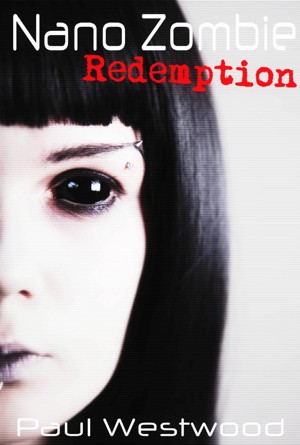 This exciting sequel to Nano Zombie has Emily battling for survival in a dying world. Food has run out and the Infecteds rule the dust-filled wasteland. With danger at every turn, she, along with her companions, try to find a way to finally defeat the zombie hordes. The horrific journey will test their bonds of friendship and even love. 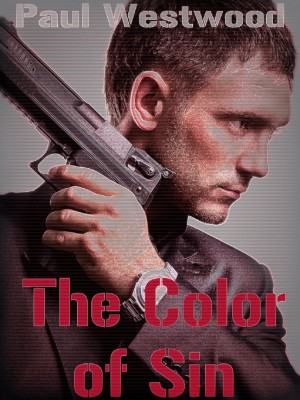 The Color of Sin by Paul Westwood
Price: Free! Words: 66,900. Language: English. Published: March 16, 2014. Categories: Fiction » Thriller & suspense » Action & suspense, Fiction » Adventure » Action
Devon Pierce lives a life of his own choosing, surviving by his wits and violent actions. For those in desperate need, he is the judge and executioner of last resort - above the law and incorruptible. Cleora Kinney has been wronged and the Afghanistan treasure of her deceased father has been stolen. Only Devon Pierce can set things right. 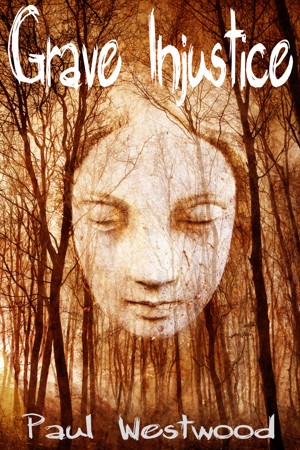 It had been in the family for years: the ancestral home deep in the South. After the death of James's reclusive uncle, the house is now his to sell. But James is haunted by a childhood memory of the ghostly horror of a deceased young girl. With the help of his wife, who is a law student, the young couple must solve a century old murder and lay to rest the spirit that still haunts the present. 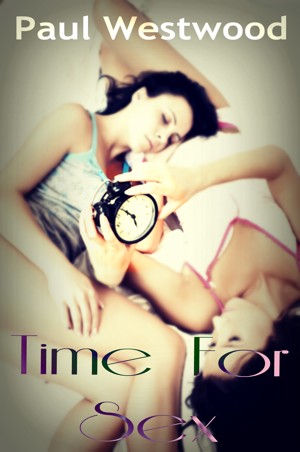 Time For Sex by Paul Westwood
Price: Free! Words: 12,750. Language: English. Published: July 31, 2013. Categories: Fiction » Erotica » Action/Adventure, Fiction » Erotica » Sci-Fi Erotica
Alexandria, a young insatiable college student, is about to take the most exciting journey of her life: traveling through time and space to meet history's greatest lovers. But first she had to snag a machine that can catapult the user across the centuries, and into their arms. She will be be sure to satisfy her own desires and break a few hearts along the way. 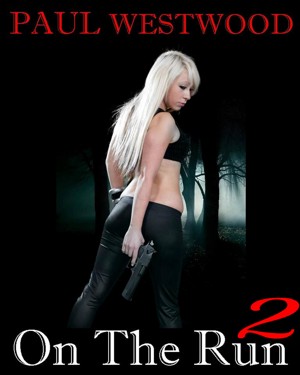 On the Run 2 by Paul Westwood
Series: On the Run, Book 2. Price: Free! Words: 6,340. Language: English. Published: July 12, 2013. Categories: Fiction » Erotica » Action/Adventure, Fiction » Erotica » Suspense/Mystery
Las Vegas. The city of light. The city of sin. James Warren, a private detective, thought he was free from the mob. But the girl he loved had left him and the crime syndicate was still howling for his blood. A steamy encounter with a local call girl is his only chance to escape the deadly trap that is Las Vegas. 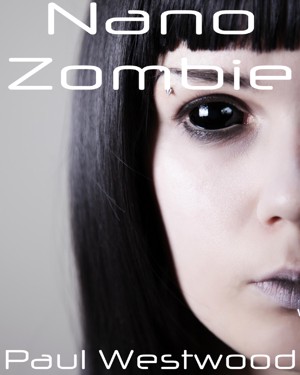 Nano Zombie by Paul Westwood
Series: Nano Zombie, Book 1. Price: Free! Words: 86,870. Language: English. Published: April 12, 2013. Categories: Fiction » Horror » Undead, Fiction » Science fiction » Apocalyptic
Brent lives in the near future in a crumbling civilization where man feeds upon man. Escaping from the chaos of the city, he is thrust into a nightmare of sickness and war. In a world of post-apocalyptic horror, he battles for those he loves: an orphan girl and a woman with a dangerous past. In the desolated countryside, Brent fights to stay alive and find a cure for the zombie disease. 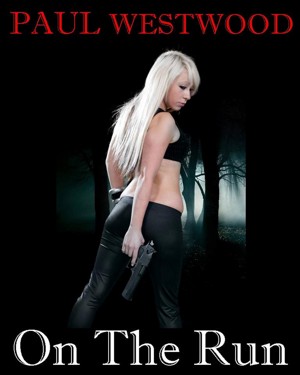 James is a private detective on the run from the mob. Stuck in the desert without a cent, he resorts to hitchhiking. A chance encounter with a beautiful woman will buy him a one-way ticket to the greatest pleasures of his life, but also a brush with death. 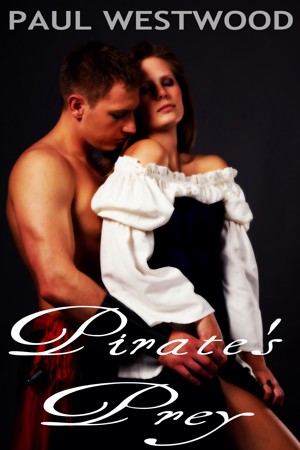 Pirate's Prey by Paul Westwood
Price: Free! Words: 13,110. Language: English. Published: December 29, 2012. Categories: Fiction » Erotica » Historical, Fiction » Erotica » Action/Adventure
Lucy Middleton is young woman on a voyage that will forever change her life. Sent to Barbados by her parents, she is to marry Sir Brumley, an aged merchant of ill repute. Onboard our heroine falls in love with William, a young lieutenant who will do anything to win her heart. A chance meeting with a pirate captain lets Lucy make a fateful deal: her body for the man she loves. 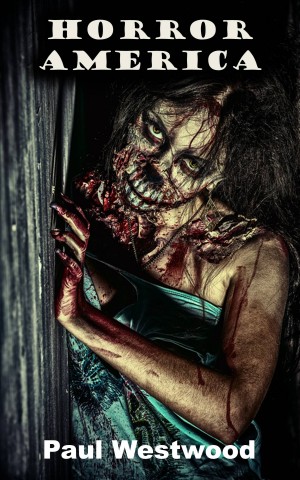 Move over Sherlock Holmes! When the supernatural game's afoot, helpless people call on the renowned Dr. Townsend to save them. Ghosts, the Walking Dead, Werewolves, and other horrific terrors are loose in 1870s America, so it's up to Captain Parker, a gunslinger for hire, and Dr. Townsend to stop the horrors.
View their profile to see all of their books