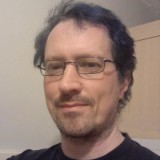 The first paperback I read was probably Isaac Asimov's short story collection "Buy Jupiter and Other Stories"; that or Harry Harrison's "The Stainless Steel Rat Saves The World"
How do you approach cover design?
With fear and hope and self-doubt and creative-commons-licensed art.
What are your favorite books, and why?
I blogged about this: http://scavenger-ethic.blogspot.co.uk/2011/03/some-of-my-favourite-books.html, although I couldn't really order them to pick out a single favourite or even a top 5.
What's the story behind your latest book?
Silk and Sharp Edges is a story collection, and like the last one (Mixtapes for My Friends, Duct Tape for My Enemies) it came about when I had a critical mass of stories ready to go in it. I'd set myself a goal of 100 story ideas by the end of 2018, and a few good ones came out of that: I managed to write several of the ideas, and placed about 5 of them.

I also had an earlier story, Under Sheil Croft, which was originally in the Shadows at the Door anthology, and a few more that I liked so much or were doing something specific I wanted to do but couldn't really sell. One of these favourites was so much fun it gave the collection its title.
How has Smashwords contributed to your success?
Well, Smashwords reduces the work of chasing sales. It frees up time you can spend writing the next book instead of preparing ebook files and copy for all the different online book stores. The true success is writing what you wanted to write to a standard you can be satisfied with.
What is the greatest joy of writing for you?
Telling a story, getting it to deliver the impact or message or entertainment that you wanted out of it.
What do your fans mean to you?
Thinking of people as fans wouldn't be terribly healthy. I'm happy that people have liked what I wrote, in the same way I'd be happy they liked a meal I cooked or a joke I told. But there's no one-sided fan/artist relationship there: to the extent that I know people who like my work, I generally like things they create too.
What are you working on next?
This answer will get out of date quickly, so I'll just say a few things are coming up: an SF novel, disOrder, which is finished but not polished, a third book in my fantasy series, called The Trovador, and more stories from my 100 story challenge.
Who are your favorite authors?
I don't really have a favourite anything!
Modern authors whose work I have really enjoyed every time I've read any of it include N K Jemisin, Anne Leckie, Premee Mohammed, Chris Brookmyre, Charlie Stross, and Alyssa Wong. I also have a nostalgic fondness for SFF by Bob Shaw, Harry Harrison, Andre Norton and Alfred Bester. Both lists are probably missing several names I will only remember after hitting "Save and Show Next Question" !
What inspires you to get out of bed each day?
I have a day job as a software engineer which gets me out of bed whether I feel inspired or not. It's interesting work in a puzzly kind of way, and it pays far more than I ever expect writing to, so I can't complain.
When you're not writing, how do you spend your time?
I spend a huge amount of time dabbling in skills I will never master, learning bits of languages I will never hold a conversation int, and chasing random whims of curiosity across Wikipedia and youtube. In theory, any of this might eventually add something useful to a story. Let's pretend that's true.
Smashwords Interviews are created by the profiled author or publisher. 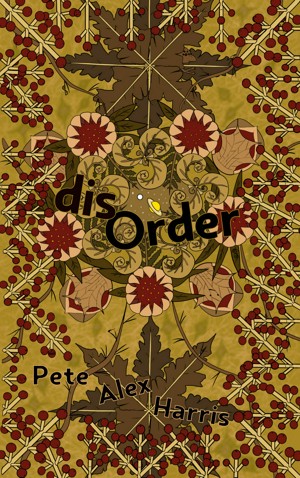 disOrder by Pete Alex Harris
Price: $3.99 USD. Words: 75,380. Language: English. Published: January 8, 2021. Categories: Fiction » Science fiction » Adventure, Fiction » Science fiction » General
Calnor Dale is being reluctantly pushed into a decades-long intrigue planned by the disOrder of Adjustment, but he wants to settle into a quiet life, and make new friends. But in the face of injustice, a quiet life is a complicit life: he has to help his new friends. When his careful plans go wrong and his court-mandated corrective implant is removed, Calnor's past self, Joreth, regains control. 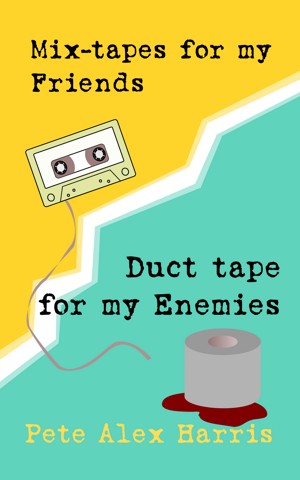 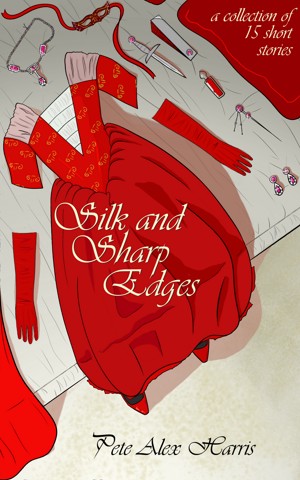 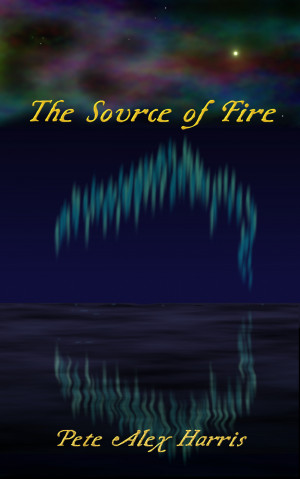 The Source of Fire by Pete Alex Harris
Series: Atlar. Price: $2.99 USD. Words: 87,840. Language: English. Published: July 25, 2017. Categories: Fiction » Fantasy » Epic, Fiction » Science fiction » Adventure
The young explorer Jens Anders takes along his long-suffering childhood friend, Alun and a mysterious translator, Aena, half way across the world to find a wonder, so he can make a name for himself by presenting it to the genius Empress Celandine. He does find a wonder, and takes it, but a terror follows behind. The Source of Fire is the sequel to The Silk Mind. 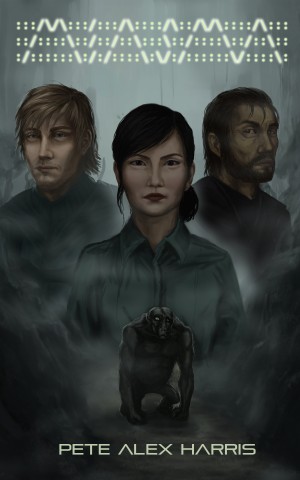 Miasma by Pete Alex Harris
You set the price! Words: 64,930. Language: English. Published: August 17, 2015. Categories: Fiction » Science fiction » Utopias & dystopias, Fiction » Romance » Sci-fi
Miasma is a colony world, isolated from the rest of the human galactic expansion. Lanton the packet runner, Emi the librarian, and Mokan the scientist are each dissatisfied with their lives in different ways. Curiosity, thwarted passion, and dangerous ambition ultimately lead them to a sinister explanation for what the Miasma colony really is. 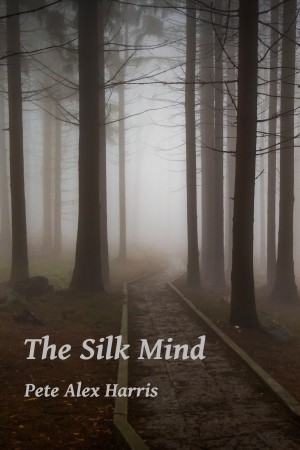 The Silk Mind by Pete Alex Harris
Series: Atlar. You set the price! Words: 56,610. Language: English. Published: May 18, 2014. Categories: Fiction » Fantasy » General, Fiction » Humor & comedy » General
Ashlin Smith is incredibly bored with his job as supervisor of the Royal Badger Survey. He wants nothing more than to quit and go back to being a blacksmith like the rest of his family wanted. However, due to politics, prophecy, and an inexplicable plot set in motion decades before, his job is about to become a lot more interesting, and not in a good way.