Published 2015-07-22.
Where did you grow up, and how did this influence your writing?
I grew up in London, which I don't think had any influence at all. I don't really write about the people or places from that time of my life. I started in Tottenham, then moved to Enfield at about 11 years old, for my next school. I think what influenced me more than that were the people that WEREN'T around me. The people I desperately wanted to meet. Then again, I was quite young then, and also a bit of a romantic, so, in truth, most of the influences for all the dirty stuff that pops out now have cropped up since moving to Leicester.
Did you know the kink scene in Leicester is huge. Like . . . HUGE!
What is the greatest joy of writing for you?
Making shit up.
I know that's a kinda clichéd answer, but I really (really) love making up stories. Thinking about what motivates this character or another and the best way to get into their pants/boxers. Frankly, just seeing the glee in other people's faces when I tell them about my latest story is also quite fun, too.
I find people to be so uptight and rigid about sex (hur hur hur), I think folk should just loosen up and enjoy it. That's what I try to encourage when I write.
Describe your desk
Wow. Urk . . . ! My desk is a freakin' mess!
Let's see . . . My watch, a single earring, an (empty) pint glass and an empty package for the stewed apples I scoffed last week. Two mobile phones (one of them isn't even mine!) and my glasses (hopefully) in the case on my right hand side.

There is work stuff here too though; my laptop, as the desk is set up as a workstation with cordless keyboard and mouse. I also have the speaks and subwoofer for them (who works without music?! I can't!). On the life I also have a stack of shelves which hold all the short stories in various stages of editing (the to be edited pile is raaaaaaaaaaaather large).

For some reason I also have three boxes of polyhedral dice and a bottle of nail varnish. o.O Not sure why the dice are out: I haven't played any tabletop RPGs for a good few months now.
When you're not writing, how do you spend your time?
Eeeeeeeerm. Not writing?
Hmm.
That doesn't happen much.
Okay, if I'm not writing (or all the things that come along with it, like editing/cover design/marketing/blogging) I with my family. If not with them I'm hanging out with other writerly types and chatting shop.

If I want a break from all things writing, then I go LARPing. That's Live Action Role Playing for the civilians among you. That, though exhausting (physically and mentally) is a great way to recharge and just step out of the writing head for a bit.
What do your fans mean to you?
Everything. It's a crazy thing to say perhaps - surely money means more, right? - but the idea that someone is a 'fan' of my work gives me a thrill that goes straight through me. That someone enjoys my words enough to call themselves 'a fan'?
Yes, I write for my own pleasure - very much for my own pleasure! - but it's equally important that I reach those people who enjoy what I have to say. Yes, my stories are quite reality based, but they are still escapism. And if I can offer that to a person then I feel I've done my job. And if those same people come back time and time again, then we're building a relationship together that is beautiful and unparalleled by anything else in my life. That's very important to me.
How do you discover the ebooks you read?
Mostly through recommendations. But sometimes I just skip onto Amazon and just trawl through until I find a cover that interests me. Yes, yes, I know . . . that's naughty. But unless I know an author or have had them pointed out to me, I must admit I look at cover, then blurb, then reviews. From that I make my choice.
How do you approach cover design?
Carefully. Haha!
I'll be looking into options to produce covers myself now, but with my current releases I commissioned the lot. For some I even paid for photoshoots to provide the imagery that features on the cover. The artwork on a book is so very important and the fact is the true for indies and traditionally published authors. It's particularly true of stories releasing just as ebooks, since there's nothing for a consumer to hold. They make the purchase on the grounds of what they see (though in some cases you can flick through and get a taster). But you have to get their attention first, right?
What is your e-reading device of choice?
*snerk*
Yeah, sorry, Smashwords, I have a Kindle. *shrugs*
I was a Christmas present years and years ago and because it's that much simple to upload a book from the Amazon website, I do tend to read on it a lot if I don't have a paper/hardback. Saying that, though, I'm starting to do more reading on my phone, since I always have that on me, even if I forget to pack the Kindle. And it links up nicely too and updates my reading within a few minutes so long as I'm online. That's convenience for ya!
What motivated you to become an indie author?
Impatience.
There. I said it. -_-
The traditional route is all well and good, but I hate waiting. I also hate the fact that so much of the process would be out of my control. I'd have minimal input on the cover, no control over the price . . . I'm just that anal that I wanted to retain that control.
That aside, with the schedule I have planned for next year, there's no way a traditional publisher (big or small) would be able to keep up. Nor would they want to put out the stories I'm releasing as the length doesn't suit them.

Thinking about it that way, this was the only way to go.
What inspires you to get out of bed each day?
My children.
Yes, yes, cheesey as sin, but what can I say? They don't just motivate me, they drag me out with their screeching and shrieking and thumping and giggling. Who can sleep through that sort of noise?!
Smashwords Interviews are created by the profiled author or publisher. 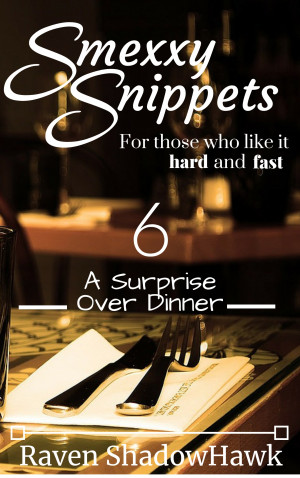 Smexxy Snippets: A Surprise Over Dinner by Raven ShadowHawk
Series: Smexxy Snippets. Price: $0.99 USD. Words: 5,030. Language: English. Published: September 28, 2018 by Little Vamp Press. Categories: Fiction » Erotica » Gay Erotica, Fiction » Gay & lesbian fiction » Gay
Max can’t wait to get home. He longs for nothing more than to curl up in Jamie’s arms and forget about the day in his arms. Imagine then, his surprise when he arrives home to tantalising smells and a round, perfectly naked backside peeping out from beneath the door of the fridge. Not only has Jamie decided to cook, but he has chosen to do so utterly naked.

Smexxy Snippets: In The Back Row Of The Cinema by Raven ShadowHawk
Series: Smexxy Snippets, Book 5. Price: $0.99 USD. Words: 4,000. Language: English. Published: January 31, 2017 by Little Vamp Press. Categories: Fiction » Erotica » Women's Erotica, Fiction » Erotica » Lesbian Erotica
A trip to the cinema: classic date material and the shine has yet to wear off for Sally and her girlfriend Jane. Ten minutes in, with her arm around Jane’s shoulders, Sally’s boredom with the inane action on screen moves her to prompt a little action of her own. She slides her hand into Jane's bar to feel for the treasures within. 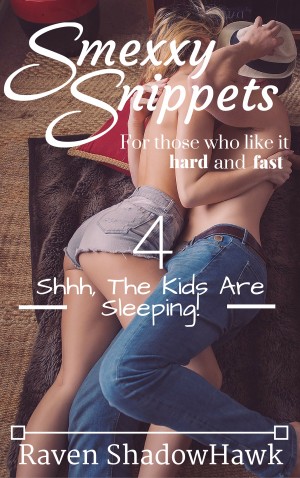 Smexxy Snippets: Shh, The Kids Are Sleeping! by Raven ShadowHawk
Series: Smexxy Snippets, Book 4. Price: $0.99 USD. Words: 3,940. Language: English. Published: March 22, 2016 by Little Vamp Press. Categories: Fiction » Erotica » Couples Erotica, Fiction » Romance » Erotic
Getting little babies Jenna and Grace to sleep during the day is a task Charlotte is determined to master. Not only will she able to deal with the stack of washing-up that refuses to go down, despite her best efforts but she may also be able—finally— to have a long, hot bath. Seems a perfect plan, except her husband Tom returns early from work with fantastic news, and he wants to celebrate. 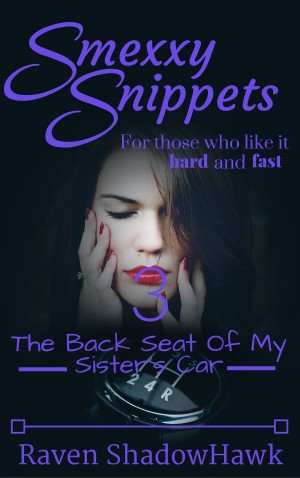 Smexxy Snippets: The Back Seat of My Sister's Car by Raven ShadowHawk
Series: Smexxy Snippets, Book 3. Price: $0.99 USD. Words: 6,940. Language: English. Published: February 22, 2016 by Little Vamp Press. Categories: Fiction » Erotica » Menage/Multiple Partners, Fiction » Erotica » Women's Erotica
One woman. Two men. One car. One naughty fantasy When Pamela uses her sister’s car to collect her boyfriend and his friends from basketball practise, their sweaty bodies and stinky clothes lead her to put them in the back seat. Conscious of her sister’s near obsessive desire for cleanliness, she also decides to visit the local valet before returning home. Mark and Bobby have other ideas. 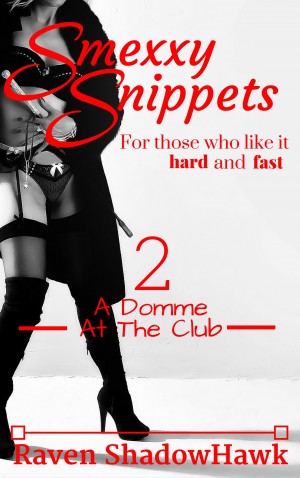 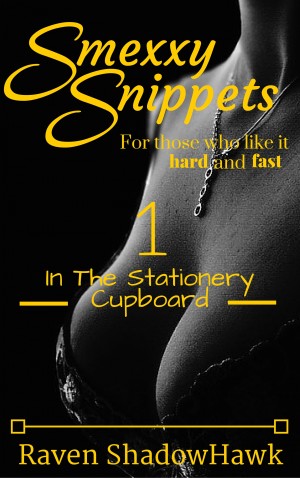 Smexxy Snippets: In The Stationery Cupboard by Raven ShadowHawk
Series: Smexxy Snippets, Book 1. Price: $0.99 USD. Words: 4,960. Language: English. Published: December 22, 2015 by Little Vamp Press. Categories: Fiction » Erotica » Women's Erotica, Fiction » Erotica » Comedy/Humor
Sally loves the thought of getting off at work. Wearing sexy underwear and teasing her colleagues is one of the highlights of her day in the drab, dreary office. When she decides to take matters a step further and heat things up with one of her colleagues, where else can they go but the company stationery cupboard to act on their desire for passion? 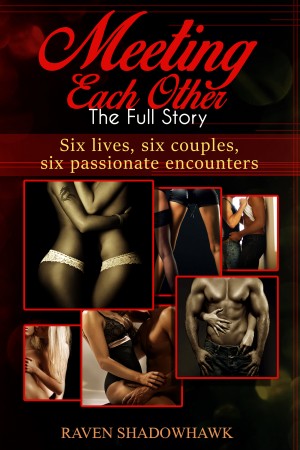 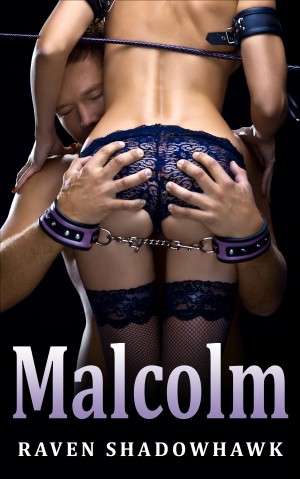 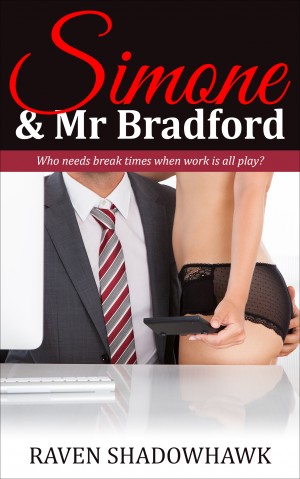 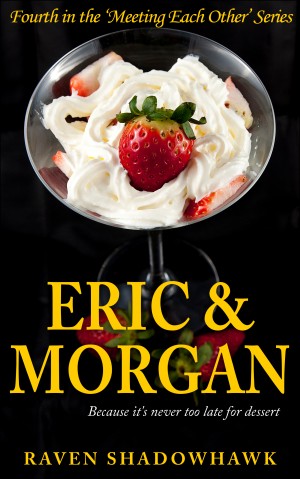 Eric & Morgan by Raven ShadowHawk
Series: Meeting Each Other, Book 4. Price: $0.99 USD. Words: 7,860. Language: British English. Published: October 10, 2014 by Little Vamp Press. Categories: Fiction » Gay & lesbian fiction » Gay, Fiction » Erotica » Gay Erotica
A party spent ducking unwanted advances is one most people will likely want to forget. Eric is no exception, returning from Vicki's birthday party still trying to shake off the feel of unwanted hands. When he confides in Morgan, he finds warm, sympathetic and full of exciting ways to take his mind of it. Including a late night desert of strawberries and cream.
View their profile to see all of their books