This interview has been viewed 1,454 times.

Published 2019-02-20.
What's the story behind your latest book?
Address for Murder was born from a real life event. A woman was having issues with her post office box that once belonged to an FBI agent. I instantly thought, what would happen if someone rented a box once used by a spy or double agent? Would he or she be in peril? And what would this danger be? Immediately, I started jotting down my thoughts. The first chapter wrote itself. I just did the typing.
What are you working on next?
I have several writing goals for year. I am currently working on Emerald Revolution as well as a combination prequel/sequel to Address for Murder.
Where did you grow up, and how did this influence your writing?
I grew up in Northeastern Ohio. As the oldest child, I frequently found the need to escape from reality and dive into someone else's world. I would sometimes read up to three books a day and had shelves upon shelves of used books bought with whatever money I could earn. Luckily, my mother supported my habit and would surprise me with boxes of books for special occasions. I would become so engrossed in what I was reading, I even let dinner burn a time or two, much to the dismay of my family.
When did you first start writing?
I started writing poetry when I was about 18. I've never published them as they are very personal. I have included one in Emerald Aura, book 5 of The Legend of the Snow Wolves series.
What motivated you to become an indie author?
My fear of rejection. Plus I am a bit of a control freak. I didn't want anyone to tell me to change what I have written.
How has Smashwords contributed to your success?
Smashwords is a great vehicle for getting books to other retailers.
What is the greatest joy of writing for you?
Writing distracts me from the realities of everyday life. I love telling a story and hope my stories provide a distraction for my readers.
What do your fans mean to you?
My fan base is still quite small. But each one is special to me and it encourages me to keep writing.
Who are your favorite authors?
I read quite a few Indie Authors. Some are listed on my profile page. There are so many, I couldn't begin to list them all.
What inspires you to get out of bed each day?
I get up each morning wondering what my characters are going to do next.
When you're not writing, how do you spend your time?
Mostly reading and watching the occasional adventure mystery movie.
How do you discover the ebooks you read?
Surfing through the titles and genres on Smashwords.
What do you read for pleasure?
My tastes are fairly eclectic. Crime, romance, paranormal, mysteries, a little bit of everything.
Describe your desk
Organized clutter. But most who know me would argue the use of the word "clutter".
Smashwords Interviews are created by the profiled author or publisher. 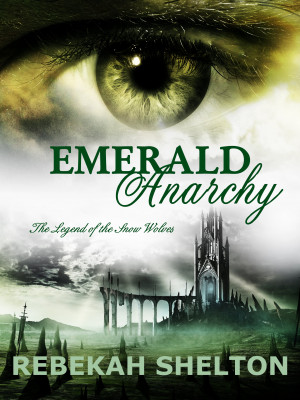 Emerald Anarchy by Rebekah Shelton
Series: The Legend of the Snow Wolves. Price: $2.99 USD. Words: 84,900. Language: English. Published: January 25, 2019. Categories: Fiction » Romance » Paranormal, Fiction » Fantasy » Paranormal
Can the wolves survive an attack on the country? Or by their neighbors? Death and upheaval have come to the doorsteps of the Rudolphs. Everyone is an enemy. Everyone wants what they think is inside the gates of Emerald City; food, water, and safe haven. But is life inside the gate any safer than on the outside of the gates? Who is the true enemy? Who can stop the Anarchy? 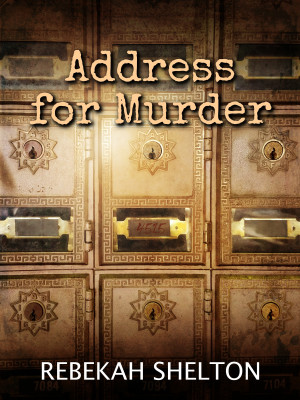 Address for Murder by Rebekah Shelton
Price: $3.99 USD. Words: 75,830. Language: English. Published: November 30, 2018. Categories: Fiction » Mystery & detective » International crime, Fiction » Thriller & suspense » Crime thriller
Who knew renting a post office box just outside of our nation's capital would put your life in danger? Parker Krane, a newly hired assistant at the White House, had the misfortune of renting a post office box last used by a CIA agent. Now she is in the cross-hairs of Russian spies and Ukrainian rebels who believe she is the key to finding their double agent. 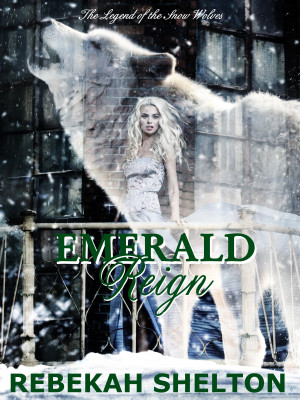 Emerald Reign by Rebekah Shelton
Series: The Legend of the Snow Wolves, Book 9. Price: $2.99 USD. Words: 65,940. Language: English. Published: March 23, 2017. Categories: Fiction » Romance » Paranormal
Gracey is determined to get revenge and she does not care who dies along the way. With new powers, she is more dangerous than ever. With Stone as her willing accomplice and with equally dangerous powers, a reign of terror is about to be unleashed on the supernatural community. 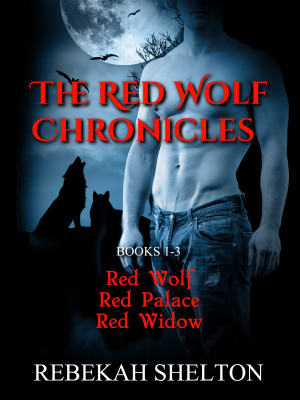 The Red Wolf Chronicles (Bundled Set) by Rebekah Shelton
Series: The Red Wolf Chronicles, Book 4. Price: $4.99 USD. Words: 273,890. Language: English. Published: September 16, 2016. Categories: Fiction » Romance » Paranormal, Fiction » Mystery & detective » General
Hooxei Bo’ooneih, aka Huxley Boone and the Red Wolf, is a bounty hunter; a lone wolf. That is until he meets Delilah, another bounty hunter with secrets of her own. Boone's life changes in a nanosecond. Follow Boone and Delilah on their adventures around the world as they hunt down serial killers, kidnappers, a myriad of miscreants, and a few supernatural beings in this action-packed trilogy. 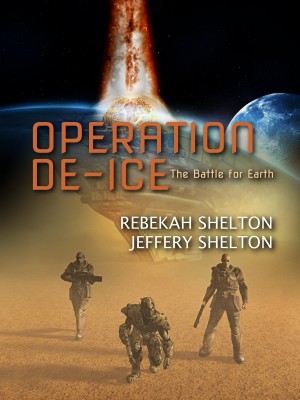 Operation De-ICE (The Battle for Earth) by Rebekah Shelton & Jeffery Shelton
Price: $3.99 USD. Words: 108,380. Language: English. Published: December 5, 2016. Categories: Fiction » Science fiction » Utopias & dystopias, Fiction » Science fiction » Adventure
Co-Authored by Rebekah Shelton and Jeffery Shelton. Jax Zadoorian has a new mission. Not the one he told his daughter Avon; to protect Earth from all enemies, both foreign and domestic. But to kill the Tarian overlord who rules Earth before he kills Queen Avon of Zarcon. Can Jax and his rag-tag group of deserters and rebels accomplish the mission or will they walk into the battle of their lives? 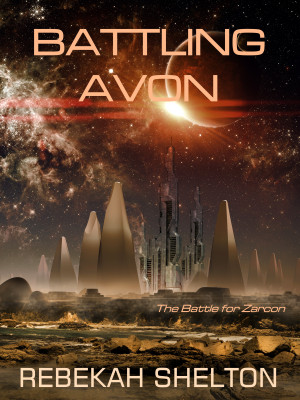 Battling Avon by Rebekah Shelton
Series: The Battle for Zarcon, Book 3. Price: $3.99 USD. Words: 88,310. Language: English. Published: February 2, 2016. Categories: Fiction » Science fiction » Utopias & dystopias, Fiction » Science fiction » Adventure
Avon and Jeremy have escaped planet Earth, but their adventure is not over. While learning more about the web of lies which encompassed their lives, they are betrayed by those they once trusted. And the battle for Zarcon is just beginning. Can they rescue the kidnaped children and overthrow the Zarcon Empire? 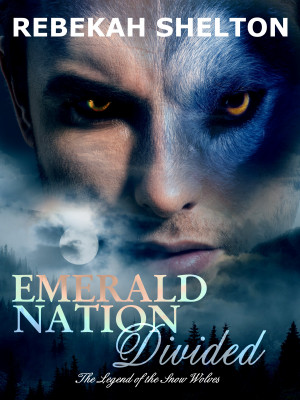 Emerald Nation - Divided by Rebekah Shelton
Series: The Legend of the Snow Wolves, Book 8. Price: $2.99 USD. Words: 67,530. Language: English. Published: September 30, 2015. Categories: Fiction » Romance » Paranormal, Fiction » Romance » New adult
Sixteen-year-old Charlotte has been kidnaped. Gracey struggles to unite the Wolf community to execute a quick rescue. However, the Rudolphs now have more enemies than friends and find a nation of wolves divided along pureblood lines. Stir in a witch, shape-shifters, a few other mythical beings, along with the arrival of an illegitimate son of an Emerald City Wolf and watch everything explode. 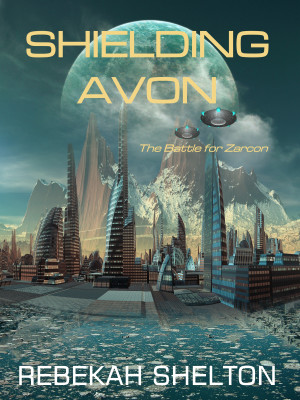 Shielding Avon by Rebekah Shelton
Series: The Battle for Zarcon, Book 2. Price: $2.99 USD. Words: 63,490. Language: English. Published: April 9, 2015. Categories: Fiction » Science fiction » Utopias & dystopias, Fiction » Science fiction » Adventure
Despite Captain Jeremy Hanson's dislike for Cadet Avon Zadoorian, he has vowed to protect her. They've discovered she is the heir to the Zarcon throne and is being hunted by assorted assassins and mercenaries. Avon's Emperor Grandfather is dead and her uncle needs to present Avon's head on a pike in order to assume the crown. Can Jeremy shield Avon from the headhunters until they escape Earth? 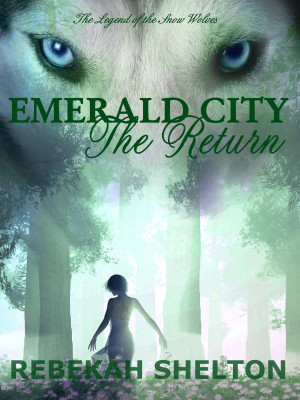 Emerald City - The Return by Rebekah Shelton
Series: The Legend of the Snow Wolves, Book 7. Price: $2.99 USD. Words: 87,140. Language: English. Published: January 29, 2015. Categories: Fiction » Romance » Paranormal
Kenzie, the heiress to the Rudolph fortune, returns to Emerald City after 20 years in hiding only to find it haunted. While working to reunite the Rudolph and Morton families so the ghosts can cross over, she falls in love with 2 men; a maniacal shape shifter and a ghost. Gracey takes on her own fight, no longer able to ignore needless killing, and revealing her strength while seeking revenge. 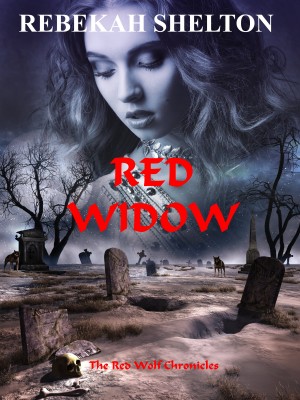 What is Boone willing to risk to save Logan? While their personal lives are in constant turmoil and upheaval, the bounty hunters search for four military members who have disappeared in different parts of the world. Have they been kidnapped or have they banded together to execute a devious plot? Who will be the Red Widow? And will there be more than one?
View their profile to see all of their books