Published 2018-03-03.
What's the story behind your latest book?
Hollow Point is the fourth adventure featuring allied spy Eva Molenaar. Her adventures span the war years of 1939 - 1945 and Hollow Point is set in 1943. I felt it was time to make it less James (Jane) Bond and a more grounded adventure, where Eva faces a more hostile world to inhabit. I wanted too to avoid Europe and set the action in Argentina.
What motivated you to become an indie author?
I was published by several small presses. Some successful, one or two, less so. I've found the indie route more flexible and offers a chance to tailor my work so it suits me, rather than the restriction of the market!
How has Smashwords contributed to your success?
I was signed to Night Publishing in 2011 which became Taylor Street, owned and run by Tim Roux. My first novel, Get Lenin caused a bit of a buzz on Smashwords and most of my early readers came from this platform. Once I was released, the titles Get Lenin and Zinnman were taken down.
What is the greatest joy of writing for you?
The ability to transform an idea into a tangible piece of work - as the artist, Larry Rivers once stated; 'Go away, I'm trying to do something important'. The most amazing thing is that what you start out with is far from the finished product!
What do your fans mean to you?
Feedback is essential, good, bad or indifferent - I have a small, but generous following. I'm grateful for them, for their re-tweets, reviews and likes! Even one fan deserves the best you can do. You owe it to them.
What are you working on next?
I'm working on Eva's last adventure. Its working title is 'Eagles Hunt Wolves'. its set post-war and will be her last one.
Who are your favorite authors?
Grahame Green, George Orwell, Stephen King, Andrew Miller, John Banville and Sebastian Barry to name a few.
What inspires you to get out of bed each day?
I rise at 5.30am every morning. I start drafting a chapter and try to write it. Writing is something I stumbled upon, more of ticking a bucket list - but love it. Every morning offers a chance to create something new.
When you're not writing, how do you spend your time?
Good question - reading mostly, if I'm not writing, I'm reading. I used to play bass in bands a few years ago, so sometimes that gets dusted down and noodled on. School terms means I'm a taxi service between soccer training, matches and child minders. I love cinema, theatre and try to get out once a week to see something!
How do you discover the ebooks you read?
I own a Kindle - I use it for research, WW2 has a huge amount of material to draw on. Amazon are constantly recommending me titles to read. I just read David McCullough's wonderful biography 'Truman'.
Do you remember the first story you ever wrote?
I do. The first serious attempt was 'The Chase', I wrote it for a competition and it made the short-list and published by a speculative fiction magazine FTL. It was the summer of 1992. Like passing your driving test, you never forget seeing your words in print. I was fortunate too to have it illustrated. It added to the impact.
What is your writing process?
I draft long hand - build a detailed synopsis up to 1000 words. Once I'm reasonably satisfied, I start the first draft. Once I've completed the draft, I print it off and re-write. This could take three or four times before I put the m/s in the drawer for 3 months. I let it ferment for that time and then re-read it. My novels take approximately a year to write and complete.
Do you remember the first story you ever read, and the impact it had on you?
The first book that had a huge impact on me was Clyde Robert Bulla's 'Viking Adventure'. I was seven or eight when I read it. I treasured it. I've always loved Vikings since and Ireland has a rich Viking history. It started my love for adventure books.
Smashwords Interviews are created by the profiled author or publisher. 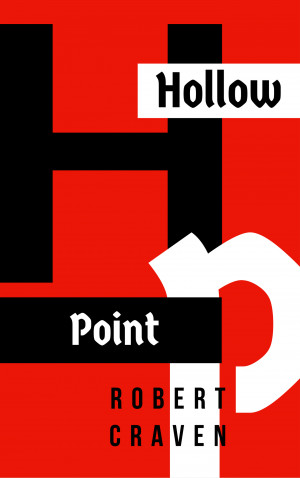 Hollow Point by Robert Craven
Price: Free! Words: 45,980. Language: English. Published: March 3, 2018. Categories: Fiction » Adventure » Action
A desolate mountain situated in the far reaches of The Third Reich has a secret - A secret capable of wiping out a city, a city like Moscow or Tehran where the fate of Nazi Germany will be decided by Roosevelt, Stalin and Churchill. A secret tasked to Eva Molenaar, Nicklaus Brandt, Henry Chainbridge and Peter de Witte to investigate by Churchill's shady right hand man Brendan Bracken