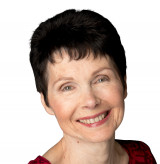 Published 2013-10-04.
What is your writing process?
I'm in between a pantser (plotting as you go) and a planner. I don't need to have the story plotted out scene by scene, but I like to have an overall roadmap of where I'm heading and how I'm going to get there. I've found Story Engineering by Larry Brooks very helpful for this.
Do you remember the first story you ever read, and the impact it had on you?
I don't remember the first story I ever read, but I was a compulsive reader as a child. Curled up in a chair engrossed in a book was my favourite activity. (still is!) I devoured all of Enid Blyton's adventure books - Secret Seven etc - the Bobbsey Twins and classics such as the Narnia books by CS Lewis, pretty much anything that took me into an entirely different world. When I was ten, I won a prize in a writing competition - 25 paperback books that I could choose myself from a catalogue. I poured over it for days - I was in heaven!
What do you read for pleasure?
I love books that make me laugh, so David Sedaris is a favourite author, and if they tell a good story that keeps me riveted in the process, even better. That's why I like comedy crime and Christopher Brookmyre and Colin Bateman are my favourite authors in that genre. I also enjoy memoirs if they're well written and I like books of short stories as well - they're good to dip into when you don't feel like reading a novel.
What is your e-reading device of choice?
I have a Kindle, which I love because it's so transportable. I have to admit, I like e-books and print books equally - you can't beat a print book for smell and touch, but my Kindle is great for travel.
Describe your desk
My desk pays homage to the adage - An untidy desk means a creative mind. (You've never heard that adage? Really?) I have a tidy-up every now and then and feel very virtuous for all of half a day until it gets messy again. I've come to accept that I just don't have an inner 'neat freak' that I can channel. I was always getting into trouble at boarding school at room inspection time. I'd organize my drawers so the layer of clothes on top looked tidy, but underneath everything was chaos - and I was invariably sprung! I haven't learnt much since then!
When did you first start writing?
I started writing stories as soon as I learnt to write - so I guess, about 7. I've done all sorts of writing over the years, including freelance writing and copywriting. And there were many years - such as my single 'partying' years and later when I had children when I didn't write at all. But nowadays if I was prevented from writing I'd feel as if someone had cut off a limb - it's like an itch that I have to scratch.
What motivated you to become an indie author?
I had submitted both my books - How Not To Commit Murder and Perfect Sex - to traditional print publishers, but they hadn't expressed any interest in publishing them, so I decided to take the plunge and do it myself. It has been such a steep learning curve - not only the publishing, but the marketing - but I'm so glad I did. When people tell me how much they've enjoyed reading my books, it's such a great feeling and makes it all worthwhile.
What is the greatest joy of writing for you?
Being able to create a story totally from my imagination - weaving all the characters and scenes and ideas floating around in my mind together to form a story or a novel, which then takes on an identity of its own. That's the greatest satisfaction - though the process involves a lot of agony as well.
What are you working on next?
I'm working on another comedy crime novel, with the working title of My Beautiful Obsession. It's about a man with an anxiety disorder who finds that committing crimes relieves his anxiety - which of course, creates other problems.
What inspires you to get out of bed each day?
I'm a night owl, so getting out of bed in the morning is a struggle at the best of times! However, it helps that I live on the Sunshine Coast in Queensland, Australia, where the weather is glorious most of the time, and even when it's not, it's still beautiful.

And the fact that if I don't get out of bed and earn some money, I'll starve.
What do you like to do when you're not writing?
I'm into healthy living (it's the mortality thing we baby boomers are going through) so I go to the gym and I also enjoy bushwalking. (Aussie term for hiking). I feel a bit of a fraud for saying that, though, as I haven't been bushwalking for months due to my busy writing schedule this year. I also like baking and I'm experimenting with gluten-free and Paleo recipes - a work in progress.

It goes without saying that I always have a book on the go - sometimes two or three. And I also enjoy dining out, going to the movies and chilling out at the beach, which is five minutes drive from my home.
Smashwords Interviews are created by the profiled author or publisher. 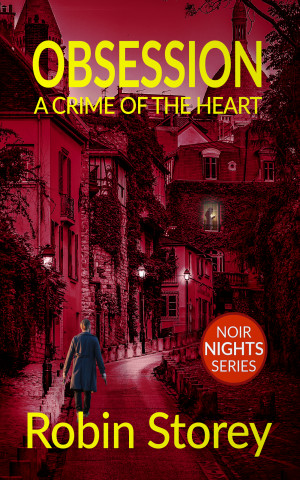 Obsession - A Crime Of The Heart (Noir Nights Book 3) by Robin Storey
Price: $2.99 USD. Words: 38,090. Language: English. Published: February 15, 2020. Categories: Fiction » Thriller & suspense » Crime thriller, Fiction » Thriller & suspense » Psychological thriller
The one thing Benny wants more than anything is a relationship. But he's not smart or good-looking, so women ignore him or run the other way. Then Olivia moves into the neighbourhood. It’s love at first sight for Benny. But her abusive ex-husband Lucas is hanging around, making life difficult for her. There's only one course of action. But will it give Benny what he wants? 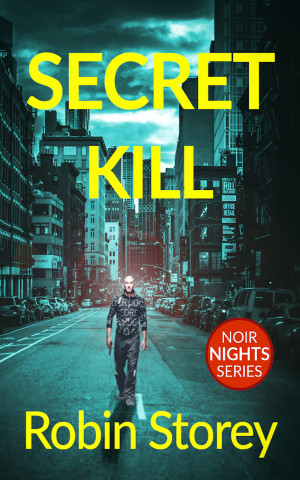 Secret Kill (Noir Nights Book 2) by Robin Storey
Price: $2.99 USD. Words: 41,110. Language: English. Published: April 6, 2019. Categories: Fiction » Thriller & suspense » Crime thriller, Fiction » Themes & motifs » Psychological
Wealthy businessman Jackson Forbes has left his life of crime well and truly behind. But when a young girl turns up in his office claiming to be his daughter and that her life is in danger, things are suddenly not so rosy. Saving Frida's life will mean not only returning to the criminal underworld, but also risking his life. Not to mention the crime for which he was never caught... 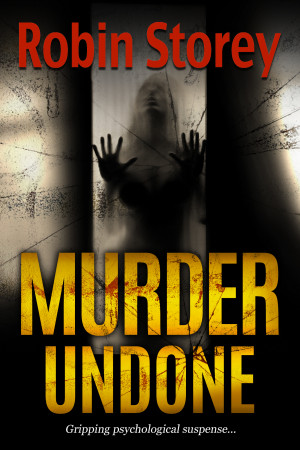 Murder Undone by Robin Storey
Price: $3.99 USD. Words: 75,910. Language: English. Published: March 1, 2019. Categories: Fiction » Thriller & suspense » Psychological thriller, Fiction » Thriller & suspense » Crime thriller
Twenty years after murdering her unfaithful husband, wealthy socialite Eva Dennehy is given the opportunity to travel back in time to undo her crime. But her plan plunges her into a world of crime and depravity and she soon discovers she has even more to lose this time around. If you love suspense and simmering tension with a twist of noir, you'll love this story of the dark side of love. 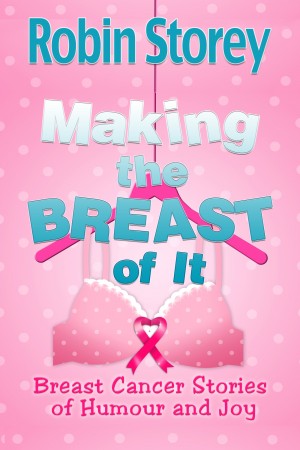 Making The Breast Of It: Breast Cancer Stories of Humour and Joy by Robin Storey
Price: $2.99 USD. Words: 25,310. Language: English. Published: July 16, 2016. Categories: Nonfiction » Health, wellbeing, & medicine » Cancer, Nonfiction » Health, wellbeing, & medicine » Women's health
When author Robin Storey first heard the words, ‘you have breast cancer,’ she burst into tears. But she couldn’t help finding the humorous side as she underwent treatment, collecting frank and funny stories along the way from other breast cancer survivors. If you or a loved one have been diagnosed with breast cancer, you'll feel positive and uplifted after reading this candid, amusing memoir. 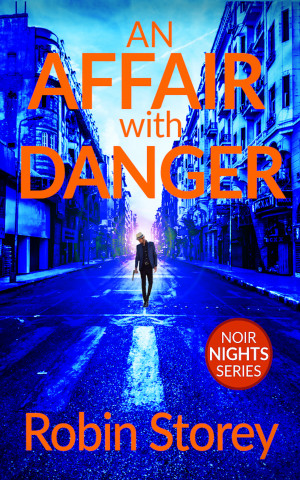 An Affair With Danger (Noir Nights Book 1) by Robin Storey
Price: $2.99 USD. Words: 47,210. Language: English. Published: January 25, 2016. Categories: Fiction » Thriller & suspense » Psychological thriller, Fiction » Themes & motifs » Crime
After corporate lawyer Will McPherson is held up in an armed robbery, he meets the perpetrator's feisty girlfriend Frankie Slater in court and is instantly smitten. But Frankie has her own problems, not least of which is her violent boyfriend Eddie. And he soon becomes Will's problem as well. If you like your romance with a liberal dose of grit and suspense, you'll love this short novel. 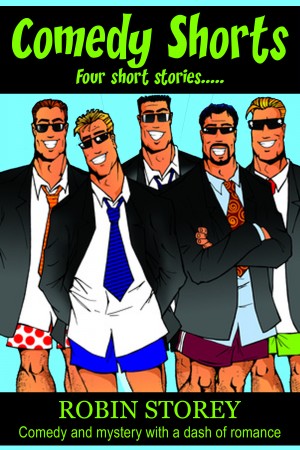 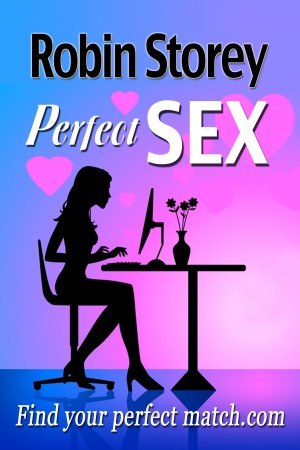 Perfect Sex by Robin Storey
Price: $3.99 USD. Words: 74,310. Language: English. Published: November 24, 2013. Categories: Fiction » Humor & comedy » General, Fiction » Women's fiction » Chick lit
Forty-something divorcee and writer Susie Hamilton joins an internet dating agency – under the guise of professional research for a book. With her hyped-up profile she attracts a horde of admirers and the result is plenty of material for her book, but her love life is a series of mishaps and disasters. Will Susie find her Mr Perfect or will she have to make do with Mr-As-Good-As-It-Gets? 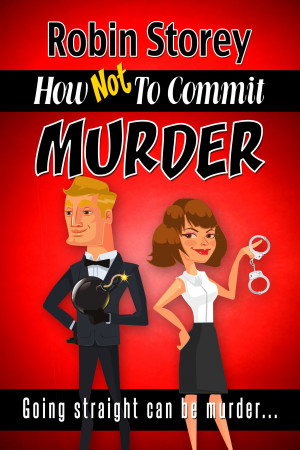 How Not To Commit Murder by Robin Storey
Price: $3.99 USD. Words: 113,200. Language: English. Published: July 15, 2013. Categories: Fiction » Humor & comedy » General, Fiction » Themes & motifs » Crime
Career conman Reuben Littlejohn is determined to go straight this time after his release from prison, with the help of his new wife. But he hadn't counted on stumbling across a plot to kill his parole officer Lucy, with whom he is madly in lust. Or being blackmailed into becoming an accomplice to her murder. Can he save his own life as well as Lucy's - without his wife finding out?