Published 2017-05-20.
When you're not writing, how do you spend your time?
Now that I've retired, I have spare time that I can spend gardening, model railroading, coin/currency collecting, reading good books and viewing good films.
Do you remember the first story you ever wrote?
Those first short stories I ever wrote were published in my high school yearbook -- both were thrillers.
What is your writing process?
I pick a subject, create an outline using key words and phrases, do the necessary research for accuracy and authenticity, then start writing and just work my way through, thinking of ideas as I go along. I usually write a dozen or so drafts before finalizing any story.
Do you remember the first story you ever read, and the impact it had on you?
Yes, it was Sir Arthur Conan Doyle's "The Lost World". That happened when I was 10 years old and I've read it at least three dozen times since then, enjoying it every time. My two other favorite books are "Dracula" by Bram Stoker and "A Night to Remember" by Walter Lord. Definitely eclectic tastes!
How do you approach cover design?
I ask my wife to design a cover that reflects a key circumstance or event in the story. In the case of "Rage!" it is two forest fires that inspired the cover design.
What do you read for pleasure?
Military history mostly, and historical fiction with a military theme such as the Horatio Hornblower series by C.S. Forrester.
Describe your desk
Cramped! Computer tower, screen, keyboard, mouse, printer and uncomfortable chair to keep me awake.
When did you first start writing?
In high school.
What's the story behind your latest book?
I wanted to combine my interests in trains, gothic horror and the old west into a single novel.
What motivated you to become an indie author?
Rejection by 30-odd publishing agents who admitted I was a good writer but were not that interested in my book's subject matter.
What is the greatest joy of writing for you?
Entertaining others through my stories.
What are you working on next?
A sequel to Rage! has been completed, and I'm about to complete a prequel to Rage!.
What inspires you to get out of bed each day?
A pair of restless cats who like to go mousing early each morning.
Smashwords Interviews are created by the profiled author or publisher. 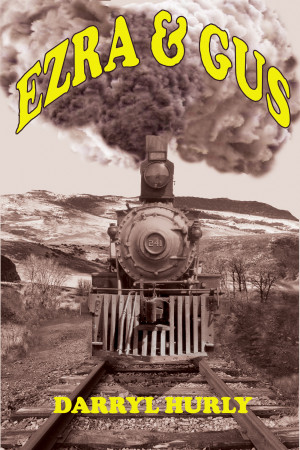 Ezra and Gus by Darryl Hurly
You set the price! Words: 58,960. Language: English. Published: October 18, 2017. Categories: Fiction » Adventure » General, Fiction » Romance » Historical
In this prequel to Rage! I invite you to buy a first-class ticket to a world gone by. Climb aboard and relive the danger-filled life and times of the stalwart railroaders who manned the mountain divisions in the Montana Rockies. Relive a time when youngsters stood next to a hissing, panting locomotive, and stared up in awe at the engineer – the airline pilot and astronaut of yesteryear. 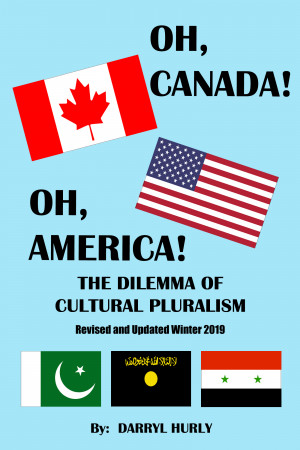 Oh, Canada! Oh, America! by Darryl Hurly
You set the price! Words: 209,430. Language: English. Published: October 8, 2017. Categories: Nonfiction » Politics & Current Affairs » Current affairs, Nonfiction » Politics & Current Affairs » Current affairs
What is the impact of multiculturalism on Canadian and American ethics, values, traditions, and national identities? Can cultural diversity be achieved without fragmenting society? To find out, read this revised and updated treatise of Canada’s and America’s struggle to accommodate the cultural heritages of Third-World ethnicities without dismantling their own historic intercultural heritages. 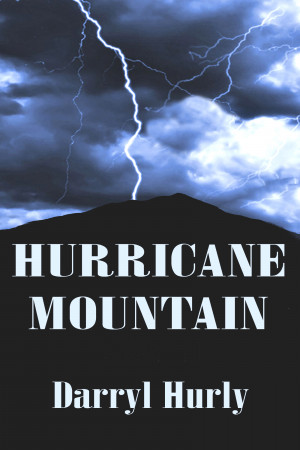 Hurricane Mountain: The Sequel by Darryl Hurly
You set the price! Words: 57,140. Language: English. Published: September 30, 2017. Categories: Fiction » Western
Middle-aged but comely, Josie Morgan reigns over a ranching empire. Over a score years, a whirlwind life has propelled her from the center ring of a circus, through a tragic engagement, an elusive love affair and an unwanted pregnancy, to a struggle for the family ranch. A rattlesnake decides the issue. After an ill-fated quest, she finds her paladin – only to risk losing him to Nature’s caprice. 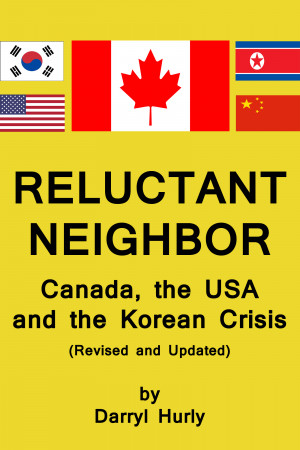 Reluctant Neighbor: Canada, the U.S.A. and the Korean Crisis by Darryl Hurly
You set the price! Words: 25,210. Language: English. Published: September 22, 2017. Categories: Nonfiction » Politics & Current Affairs » Current affairs
After winning WWII, in the Cold War Canada and the US repulsed North Korea’s attack on the South, and formed a NORAD partnership. But Canada couldn’t keep pace, and shrank its UN anti-terrorism and peacekeeping roles. Now at risk in a US-North Korean nuclear exchange, with the UN, South Korea, China, Russia and Japan anxiously watching, Canada must rearm against ICBM attack. How long can it stall? 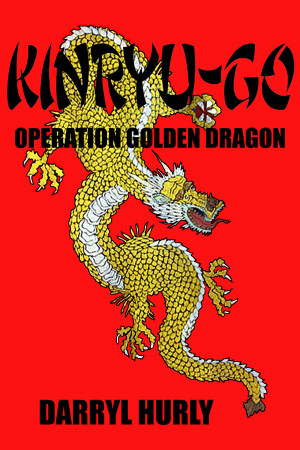 Kinryu-GO: Operation Golden Dragon by Darryl Hurly
You set the price! Words: 79,440. Language: English. Published: July 22, 2017. Categories: Fiction » Adventure » War & military adventure, Fiction » Thriller & suspense » Action & suspense
This story is about dragons. A golden dragon, a green dragon, and a dragon of another kind. They come together on a volcanic island in the Coral Sea when Marine Raiders are blown off course by a cyclone. Their transport grounds on a reef and the Raiders go ashore to await rescue. But the Japanese are there, guarding a secret airstrip. Something else is lurking there, too – primeval and malevolent. 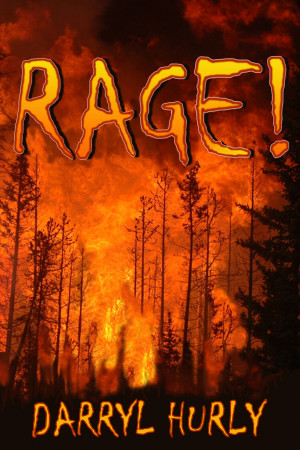 Rage! by Darryl Hurly
You set the price! Words: 78,050. Language: English. Published: June 3, 2017. Categories: Fiction » Thriller & suspense » Action & suspense
Violent storms cause forest fires and flash floods derail a circus train in the Montana Rockies of 1895. When wild animals escape from the wreck, a series of vicious murders ensue, launching the pursuit of a berserk serial killer. But just who is the perpetrator? A web of suspense, romance, intrigue and betrayal entwine the protagonists as they wrestle both man and nature to a dramatic climax.