Published 2022-06-19.
When did you first start writing?
My mother told me that I began to write stories as soon as I'd learned how to write words. I don't remember that. I do remember writing a fantasy story in second grade.
What motivated you to become an indie author?
My desire to share these stories with as many people as I could as personally as I could. The web reaches the world in a very different way from traditional print. It gives the author total control and allows me to include the personal touches that big publishing never would.
Do you remember the first story you ever read, and the impact it had on you?
The first story I ever read was in French because I was living in France. It was called, "Nounours et Cornichon" and was about the adventures of two children visiting their cousins in the French countryside. Nounours is the bear who accompanies the Sandman when he puts sand into the corners of sleeping children's eyes but in the story, he has adventures with the children and comes to their aide in the woods. Even without the illustrations (which were superb) I could imagine that I was with them. It gave me a love of descriptive stories and the desire to create my own to share.
What is your writing process?
I read a lot. My mind is always trying to predict what will happen next and often, it creates a story that has nothing to do with the actual outcome. Dissatisfied, I think, "Hmm. What if?" Some time later, an idea comes out of the blue or I have a vivid dream. I scribble notes on envelopes, scraps of paper, or - more rarely - in my notebooks.

Next, I block out the idea or story in a series of boxes. If there are characters, I make little word sketches of each of them. Next, I write some or all of the draft longhand before I start working at my laptop.

A lot of time goes by as I write, write, and write. Then comes the printing out, editing, revising, and agonizing. Even when I get to the moment when I say, "Ah, that's finished" I go back and read each bit aloud to see if it really says what I want. Finally, my proof-reader goes through it. Once we both think the book is shaping up, it's time to call on my beta-readers to see if the final draft has potential. Editing makes up about 90 percent of what writing means to me.

Finally, I go back much later and read it all again. If it doesn't make me happy, it's back to the drawing board until I can say, "Yes, I liked reading that!"
What do your fans mean to you?
They inspire me! My fans really amaze me. I thought I was only writing for my small circle of friends and family. I had no idea so many people would ever read my stories, let alone leave me comments and send emails. They give me the encouragement to keep on writing!
What inspires you to get out of bed each day?
Life! I think the last few years have reminded me how precious it is and how fragile we are. The confinement we practiced in France at the start of the pandemic opened my eyes to how quickly everything can change. Now I see that what really matters is our human interactions. Every single day.
How has Smashwords contributed to your success?
Smashwords has given me the tools to publish my books and distribute them to the platforms I wanted to reach faster than I ever thought possible. The team is really supportive.
How do you discover the ebooks you read?
By serendipity mostly and reference usually. The first ebook I read was when I was researching Alfred Daudet's book "Letters from My Windmill". There was a link to The Gutenberg Press in the article and I followed it. Since then, most of my ebooks have been chosen by recommendations made in articles and emails.
What is your e-reading device of choice?
My phone! I never thought that I would do that, but on the long flights to visit family I discovered I loved it. A few months ago, my French partner told me how much he loved The Truth About the Harry Quebert Affair in French. I'm not fluent enough to read it and I wanted something light in my purse for our voyage, so I found it in English as an eBook. I thought well, 14 hours on a plane, you never know. I discovered how easy it was to read on my phone not just on the plane but everywhere! From that moment on, I was hooked.
What is the greatest joy of writing for you?
Creating worlds out of words.
Smashwords Interviews are created by the profiled author or publisher. 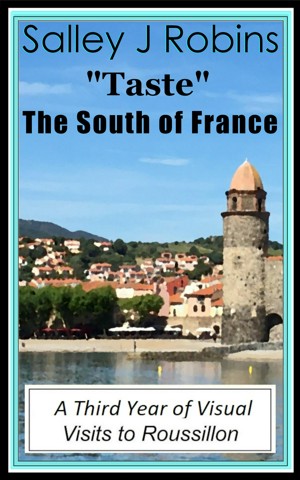 Taste - The South of France: A Third Year of Visual Visits to Roussillon by Salley J Robins
Series: A Year of Virtual Visits in the South of France. Price: $2.99 USD. Words: 23,340. Language: English. Published: December 13, 2022. Categories: Nonfiction » Travel » By region » Europe, Nonfiction » Cooking, Food, Wine, Spirits » French
You & I met all those years ago when blogs were young. We shared stories & laughs. Come back to my Catalan village to taste some local delights & my homemade adaptations of French dishes. This is no cookbook but I will share a few of mine with you. Visit Roussillon and you will find that what I said all those years ago is still true, the door to the south of France is open! Allons-y!  (Let's go!) 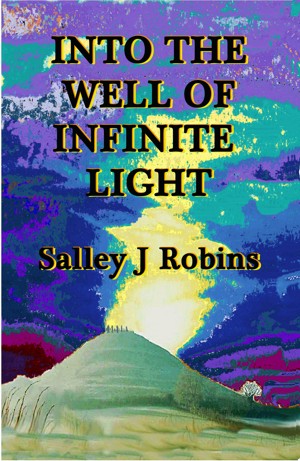 Into the Well of Infinite Light by Salley J Robins
Series: Ever in Avalon. Price: $4.95 USD. Words: 104,920. Language: English. Published: July 19, 2022. Categories: Fiction » Fantasy » Epic, Fiction » Mashups
Lance Devinry meets the mysterious and charming Celeste on Santorini. She joins him and his companions, an unlikely band of comrades, on a quest with the Mage of King Arthur's Court. Prophecy says Death awaits them on their way to rescue Lori. But the Reaper of Souls has chosen her to sit at his side. Just who or what will return from the battle at the bottom of the Well of Infinite Light? 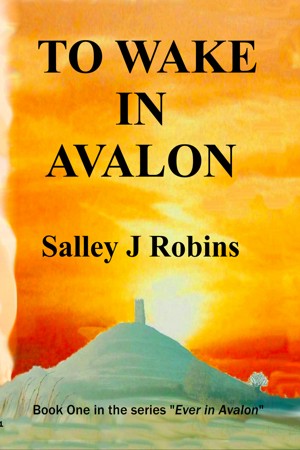 To Wake in Avalon by Salley J Robins
Series: Ever in Avalon. Price: $4.95 USD. Words: 94,970. Language: English. Published: July 4, 2022. Categories: Fiction » Fantasy » Epic, Fiction » Romance » Action/adventure
An Adult fantasy of epic proportions that springs from the legends of Albion. Set in modern-day England, this tale reveals how the Mage of King Arthur’s court was trapped in the crystal cave as the centuries passed. His lifeline is stretching thin. There is only one hope - that the two women who love him will work together to find a way to turn time inside out. But can they? And should they? 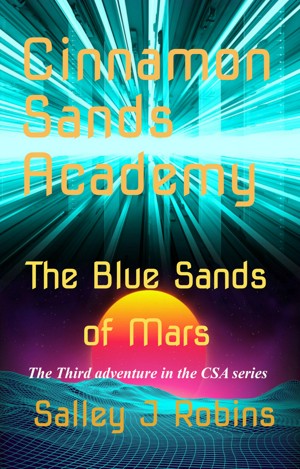 Cinnamon Sands Academy: The Blue Sands of Mars by Salley J Robins
Series: Cinnamon Sands Academy. Price: $3.25 USD. Words: 57,690. Language: English. Published: June 30, 2022. Categories: Fiction » Young adult or teen » Science Fiction, Fiction » Science fiction » Adventure
Life on Mars? Humans do live in the Cinnamon Sands Colony but after his adventures in the "Ghost Caves of Mars," William has begun to hear things. He'd think he was nuts if his best friends didn't hear it too. Perhaps they woke something in the caves that slept beneath the desert... Are the voices they hear friendly or could there be danger waiting for them in the Blue Sands of Mars? 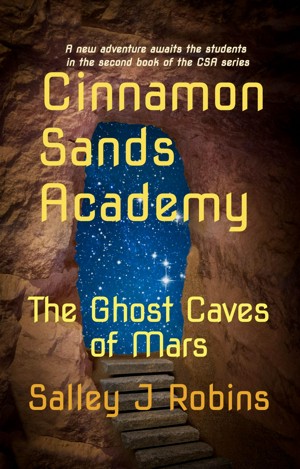 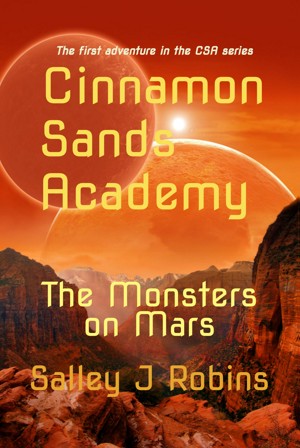 Cinnamon Sands Academy: The Monsters on Mars by Salley J Robins
Series: Cinnamon Sands Academy. Price: $3.25 USD. Words: 50,790. Language: English. Published: June 25, 2022. Categories: Fiction » Young adult or teen » Science Fiction, Fiction » Science fiction » Adventure
How cool is it to live on Mars? First, it's not Crater School A - It's Cinnamon Sands Academy. Ten-year-old William Glenn learns that when he arrives at the Mars Colony. Homework and sports may seem pretty ordinary, making friends takes work, but when danger strikes, he discovers it's time to put his life on the line to save the Colony from “The Monsters on Mars”. 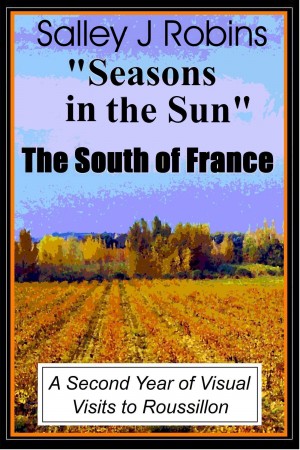 Seasons in the Sun - The South of France: A Second Year of Visual Visits to Roussillon by Salley J Robins
Series: A Year of Virtual Visits in the South of France. Price: $0.99 USD. Words: 17,630. Language: American English. Published: October 31, 2014. Categories: Fiction » Mashups
Calling all Stationary Travelers! The door is open to the south of France and here is your ticket. Escape modern life and come to a small French village. It is the calm center of the Universe. This is your visual visit - no airfare, jet lag, or lost luggage! You could almost be in another era when Salley J Robins welcomes you with words and photos to everyday life in the real south of France. 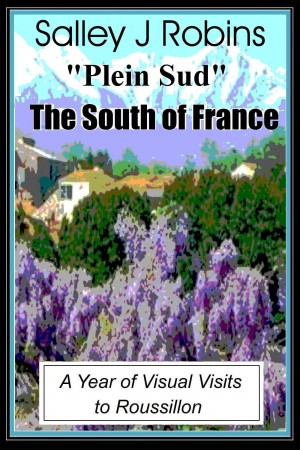 Plein Sud - The South of France: A Year of Visual Visits to Roussillon by Salley J Robins
Series: A Year of Virtual Visits in the South of France. Price: $0.99 USD. Words: 16,900. Language: American English. Published: September 12, 2014. Categories: Fiction » Mashups
Now boarding at a screen near you - first call to all Stationary Travelers. Take a visual trip to France with no airfare, crowded planes, or lost luggage. “Plein Sud” (Due South) is where you are heading. Come feel the warm Catalan sunshine as Salley J Robins welcomes you with words and photos to a small village on the Roussillon Plane in the South of France.