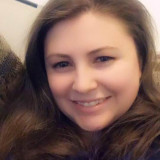 Published 2015-02-04.
When did you first start writing?
I've been a writer for as long as I can remember. When I was in the first grade, I wrote my first short story about a young girl who was friends with a group of frogs that lived in a pond near her home. One day, she discovered that the frogs had been captured by an evil witch who intended to turn them into frog legs. At the time, seven year old me thought this was a disgusting horror. It wouldn't be until many years later that I tried frog legs myself and found that I quite enjoyed them (and yes, this story did flash through my mind!). The young girl tricks the witch and rescues her froggy friends and they all live happily ever after together. I have it bound and illustrated with the terrible images that only a seven year old can draw, and it's one of my favorite possessions. It's still in the top of my closet, and I do reread it from time to time to see just how far I've come.
What are you working on next?
Once I finish the conclusion to my Zombie Apocalypse trilogy, I have several new projects planned out. I'm not sure where I'll start, but I'm hoping to try some new things. I have plans for more inclusive character casts, as well as an attempt at a different writing style. Of course paranormal romance is my favorite genre to write, so I have many plans for more stories involving vampires and werewolves (as well as some about mermaids, demi-gods, aliens, dragons, and witches), but I also want to try my hands at epic fantasy and maybe pure romance.
What motivated you to try self-publishing?
Honestly, I tried to go the traditional route for awhile. I sent out several query letters to several different agents after I finished my first book, but I didn't get any bites. I began looking into an alternative way to get my story out there to be read and hopefully enjoyed, and stumbled upon self-publishing. After discovering many were having some success with it, I decided to give it a try. I'm very happy with my decision to become a self-published author, because it has allowed me to keep all of the creative decisions for my books in my own hands, and I have the last say on everything from publication dates, to covers, to prices.
Smashwords Interviews are created by the profiled author or publisher. 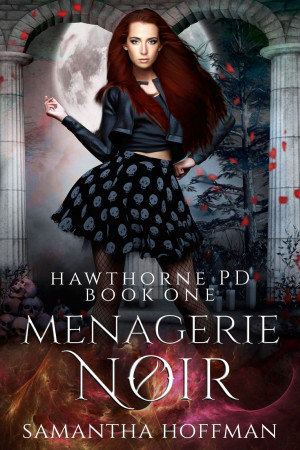 Menagerie Noir (Hawthorne PD #1) by Samantha Hoffman
Series: Hawthorne PD. Price: $2.99 USD. Words: 72,450. Language: English. Published: July 21, 2020. Categories: Fiction » Fantasy » Paranormal, Fiction » Mystery & detective » Police Procedural
The world has changed. Evie is a rookie officer for the Hawthorne PD. With her supernatural partner, they work to unravel a murder case involving a powerful witch, ancient artifacts, and stolen magical creatures. As she dives into this new world, she'll find that power comes from the most unexpected places. Evie realizes she might have what it takes to survive this world, one case at a time. 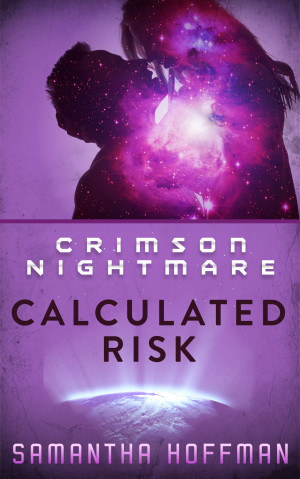 Calculated Risk (Crimson Nightmare #2) by Samantha Hoffman
Series: Crimson Nightmare. Price: $2.99 USD. Words: 88,580. Language: English. Published: February 3, 2020. Categories: Fiction » Science fiction » Apocalyptic, Fiction » Young adult or teen » Science Fiction
Things have gone from bad to worse for the surviving students of the Olympus. With salvation nowhere to be found, they’ll go to even greater lengths to survive not only the planet, but Daimos as well. Cress is willing to do whatever it takes to keep him from succeeding with his plans, but each move she makes brings her one step closer to losing everything she knew before. 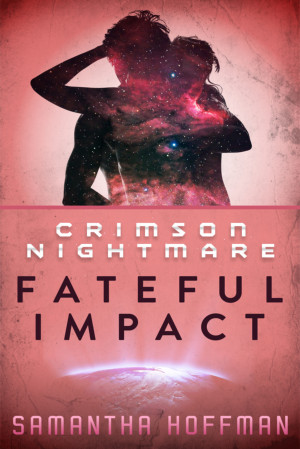 Fateful Impact (Crimson Nightmare #1) by Samantha Hoffman
Series: Crimson Nightmare. Price: $0.99 USD. Words: 68,810. Language: English. Published: April 6, 2017. Categories: Fiction » Young adult or teen » Science Fiction, Fiction » Young adult or teen » Adventure
A field trip to a military station ends with a prison break taking advantage of their presence. Dangerous criminals are freed, and when the military gambles and loses, Cress and her classmates are taken hostage. The escape shuttle malfunctions and they crash on an uncharted planet. They will have to survive starvation, the elements, and the convicts. As well as whatever secrets the planet holds... 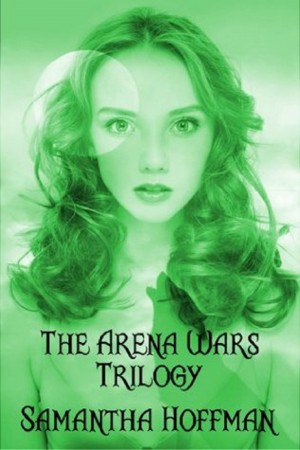 Arena Wars Trilogy by Samantha Hoffman
Series: Arena Wars. Price: $4.99 USD. Words: 180,460. Language: English. Published: September 26, 2015. Categories: Fiction » Young adult or teen » Paranormal, Fiction » Romance » Paranormal
After getting on the wrong side of the most powerful werewolf in their world, Alanna is kidnapped and shipped off to the Arena, a place of murder with no hope to keep its occupants going. Fighting to the death by her side is her closest friend, Quinten—the blind human hopelessly in love with her. Their forbidden relationship triggers a chain of events that sets their entire world on its head. 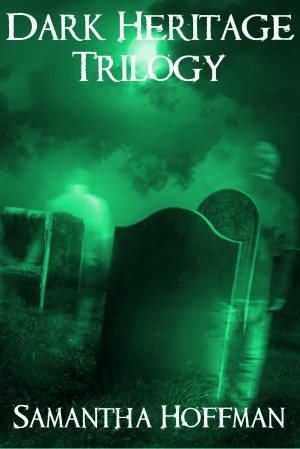 Dark Heritage Trilogy by Samantha Hoffman
Series: Dark Heritage. Price: $4.99 USD. Words: 207,650. Language: English. Published: September 26, 2015. Categories: Fiction » Young adult or teen » Paranormal, Fiction » Romance » Paranormal
Ronnie sees ghosts of the dead. To please the Council, she'll have to put her life at risk and battle evil necromancers with a powerful and deep connection to her. As she delves deeper into her family’s past, the darkness that permeates her heritage begins to call to her, just as it did for them. Will Ronnie be able to fight that dark influence, or will she succumb to it as her family did? 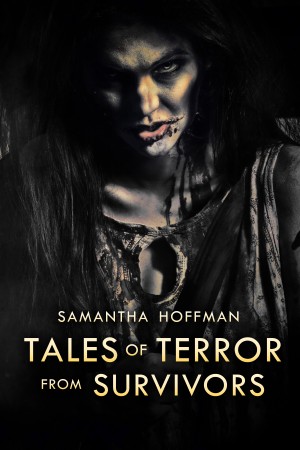 Tales of Terror from Survivors (Zombie Apocalypse #3.5) by Samantha Hoffman
Series: Zombie Apocalypse, Book 4. Price: $0.99 USD. Words: 42,860. Language: English. Published: June 7, 2015. Categories: Fiction » Young adult or teen » Paranormal, Fiction » Young adult or teen » Horror
Told from the point of view of five characters that were introduced in the trilogy, these short stories give us a glimpse into what life was like for survivors before and after the cure. They face several different horrors, and even commit a few themselves. They’ll struggle with their morals, fears, and even their own beliefs as they fight to survive in a world devastated by disease. 15+ 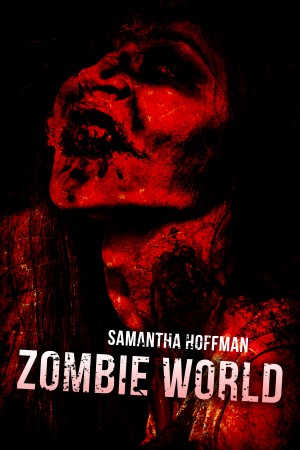 Zombie World (Zombie Apocalypse #3) by Samantha Hoffman
Series: Zombie Apocalypse, Book 3. Price: $3.99 USD. Words: 162,060. Language: English. Published: March 17, 2015. Categories: Fiction » Young adult or teen » Horror, Fiction » Young adult or teen » Paranormal
The group is on the road to Montana, searching for a cure that will end the world’s suffering. Trouble soon arises in the form of Dr. Richards—the scientist responsible for the outbreak. They've agreed to help him, but it soon becomes clear that this man is dangerous in his own way. Several trials and losses await them on their journey, but will the outcome be worth it all in the end? 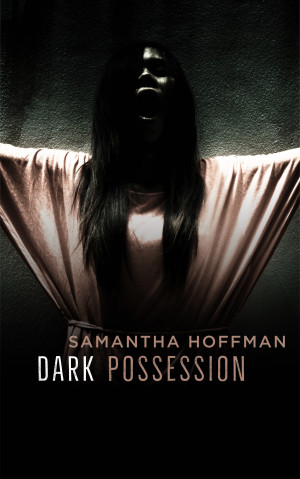 Dark Possession (Dark Heritage #3) by Samantha Hoffman
Series: Dark Heritage, Book 3. Price: $2.99 USD. Words: 72,890. Language: English. Published: June 2, 2014. Categories: Fiction » Young adult or teen » Fantasy
Ronnie is doing everything in her power to put her sister’s spirit to rest. But Tabitha won’t go without a fight. The mayor has his hands in the supernatural world, and when Finn and Ronnie threaten to expose his crimes, he takes matters into his own hands. With enemies in the human and supernatural worlds, Ronnie will have to keep her wits about her…but what if all isn’t as it seems? Ages 14+ 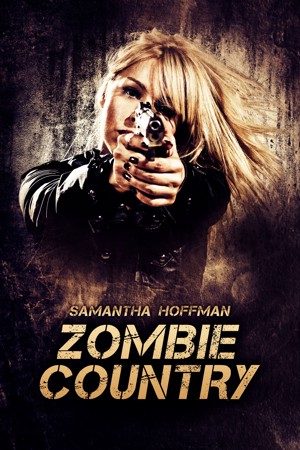 Zombie Country (Zombie Apocalypse #2) by Samantha Hoffman
Series: Zombie Apocalypse, Book 2. Price: $2.99 USD. Words: 92,210. Language: English. Published: August 13, 2013. Categories: Fiction » Young adult or teen » Horror
Madison resides at a school turned temporary fortress in an attempt to outlast the zombie apocalypse. Things quickly begin to unravel due to food shortages, fears, and unruly soldiers. Tragedy strikes, and Madison and a small group of survivors are forced out into the open. They come up with a dangerous plan for survival that includes battling zombies and other dangers along the way. Ages 16+ 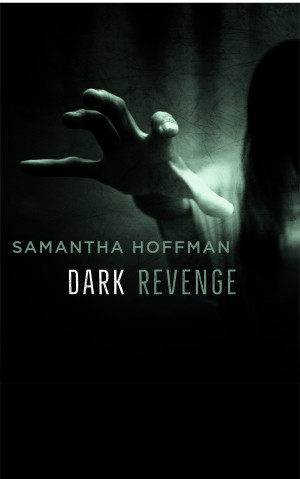 Just months after a tragic fight on a rooftop, another necromancer is attempting to raise an army of the undead…as well as bring supernaturals out into the open! The Council wants this necromancer found and destroyed, but how can Ronnie destroy the only family she has left? If she does, she will never be the same. If she doesn’t, the entire world may pay… Ages 14+
View their profile to see all of their books