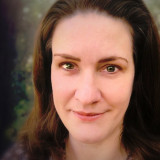 Published 2019-04-02.
What inspires you to get out of bed each day?
My brain keeps me awake at night generating new scenes and playing them in my head like a movie. Writing these ideas down before I forget them gets me out of bed!
When you're not writing, how do you spend your time?
I have a family to take care of (husband, daughter, cats) and a house to occasionally clean.
What is your writing process?
For the Wynter Wild series, I simply wrote and wrote and wrote - half a million words all out of order, whatever part of the story interested me that day. Later I had to re-jig everything to create individual books, and then edit each book to give it a story arc. Previously my writing process was a little more structured, but I've never written detailed outlines before starting. I like to start writing and see where it takes me.
How do you approach cover design?
For this series I chose images of girls with guitars with at least some "clean" space for adding clearly visible text. The images don't show faces, firstly because all the different models are supposed to be Wynter, and secondly because I prefer to let readers imagine their own cast (for this reason, I don't describe main characters' appearances in the book in great detail, either).
I looked at professionally published books to learn about typeface and just picked a simple font, the same for both the title and author.
Describe your desk
It's really messy, which I hate, although once I get into a writing session it doesn't bother me too much. I have a coaster and a mug on the right, and on the left I keep a calendar with major events of my story marked in. I sometimes hang my preferred casting choices for the main characters right above my laptop. I may or may not have a cat on my lap.
Where did you grow up, and how did this influence your writing?
I grew up in Birmingham, UK - a huge city - and lived on a busy main road. Not the most fun environment for kids. We had "country cousins" and were super-envious of their location.
The house itself was an amazing three-story Victorian home with a cellar and a huge back yard. My dad, an engineer, was forever fixing the place up, which has inspired me to write adult male characters who are super-competent handymen. In a later Wynter Wild book, the family moves to an eccentric fixer-upper on the mountain, and I'm sure that's because I loved the old house of my childhood and often return in my dreams.
When did you first start writing?
I don't remember when I wasn't writing. I have old school books from when I was six or seven, full of my stories.
The first novel I finished was Song of Scarabaeus, a science fiction adventure book. I was fortunate enough to get an agent and the book was published by HarperCollins in 2010, followed by a sequel.
What's the story behind your latest book?
The Wynter Wild series (starting with Little Sister Song) is an amalgamation of a lifetime's experience, with all sorts of influences stemming from my interests over the years: rock music, guitars, and bands; sibling drama; cults. And by creating three very different brothers I've been able to explore things like philosophy and religion, personalities under stress, the effects of bad parenting that linger into adulthood, and the many meanings of love within and outside of the family structure. For the most part I've tried to do this with a sense of humor running through, to not get too bogged down in the angst. I hope the series is a fun read that also leaves you thinking.
What motivated you to become an indie author?
I was previously published via an agent. This time around, my agent didn't know quite what to do with the books I wrote so I'm going it alone. I'm fortunate to have had that prior experience with traditional publishing. Also, because I worked for many years as an editor, I don't have to pay one! I also have some design experience when it comes to the covers and interior layout, so this really is a one-woman show other than, of course, my amazing beta readers.
What is the greatest joy of writing for you?
I absolutely love hearing from readers about my books, to find out how certain things affect them, to answer question about the characters or about the writing process, and to encourage the writers among them. I wrote this current series for myself because I had to get the story out of my head, but just as importantly I wrote it for others to enjoy. So far I've had tremendous feedback from readers of all ages who have fallen in love with the characters, and that's gratifying because I love them too - it's why I wrote ten books about them!
Smashwords Interviews are created by the profiled author or publisher. 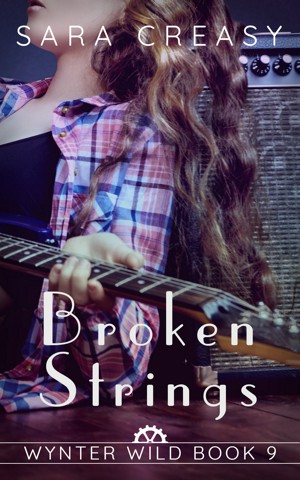 Broken Strings (Wynter Wild Book 9) by Sara Creasy
Price: $3.99 USD. Words: 145,790. Language: English. Published: September 24, 2020. Categories: Fiction » Literature » Literary, Fiction » Women's fiction » General
Wynter and her brothers have tough decisions ahead as their music careers move to the next level. Wynter has a new bestie (her first bestie!) and her eye on setting up Jesse. Xay has an opportunity to chase after his dream, and Caleb and Indio each have someone special to take care of. But nothing good lasts forever. When the strings break, this family needs to find a way to pull together. 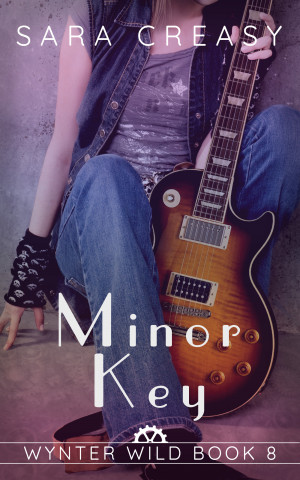 Minor Key (Wynter Wild Book 8) by Sara Creasy
Series: Wynter Wild. Price: $3.99 USD. Words: 132,070. Language: English. Published: July 1, 2020. Categories: Fiction » Literature » Literary, Fiction » Women's fiction » General
Three years ago, Xay Morant left Wynter to face the nightmare alone. She's been searching for him ever since - and now he's found her first. But it's not easy to pick up the pieces of the past. As Wynter and her brothers prepare to head off on tour with their band, Xay needs to figure out where he fits in. When tragedy strikes this already wounded family, where will they find healing? 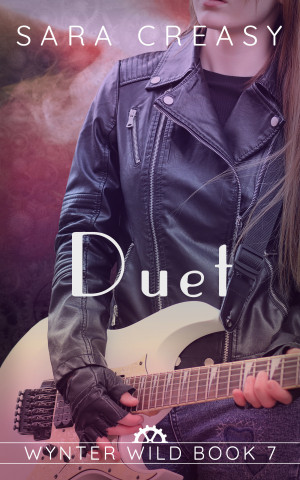 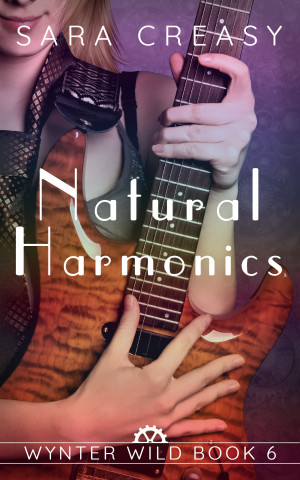 Natural Harmonics (Wynter Wild Book 6) by Sara Creasy
Series: Wynter Wild. Price: $3.99 USD. Words: 117,500. Language: English. Published: October 18, 2019. Categories: Fiction » Women's fiction » General, Fiction » Young adult or teen » Drama
Wynter and her brothers are ready to rock venues all over Seattle. No one can deny the natural chemistry Rule212 has on stage. Behind the scenes there's tension brewing. It's not easy to work, play, and live together, and something at the very heart of this family is ripping it apart. No secrets or lies—it's one of Caleb's house rules. So why does everyone keep breaking it? 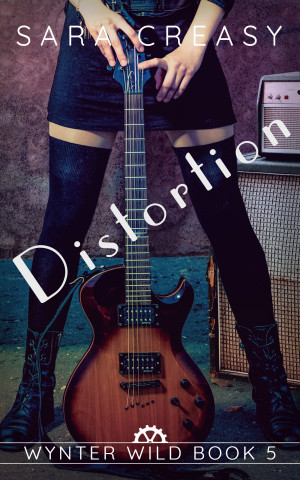 Distortion (Wynter Wild Book 5) by Sara Creasy
Series: Wynter Wild. Price: $3.99 USD. Words: 115,000. Language: English. Published: July 27, 2019. Categories: Fiction » Women's fiction » General, Fiction » Young adult or teen » Drama
Wynter has a safe home at last and her music career is taking off. She has everything she needs, although her brothers could use some help. Out of the blue, their mother returns. Her years of neglect have already distorted her children's chances for love and happiness. Does she stand any chance of reconciliation? Will Wynter and her brothers seek closure on the past, or do they want revenge? 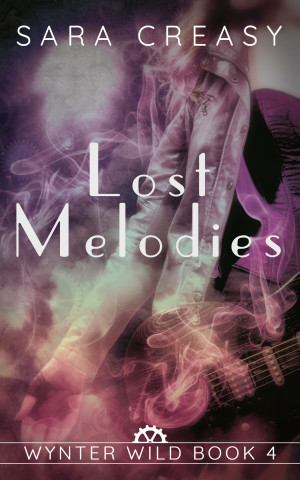 Lost Melodies (Wynter Wild Book 4) by Sara Creasy
Series: Wynter Wild. Price: $3.99 USD. Words: 138,760. Language: English. Published: May 22, 2019. Categories: Fiction » Literature » Literary, Fiction » Women's fiction » General
Wynter finally has the home she always dreamed of--a ramshackle farmhouse on the mountain. Her experience of the world is growing, with her brothers to guide her at every step. But one of them is running away from a shameful secret. One by one, her other successes are falling apart. How will Wynter cope when her desire for a unified family and a simple, safe life are under threat? 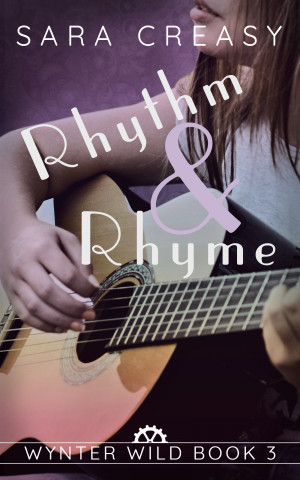 Rhythm and Rhyme (Wynter Wild Book 3) by Sara Creasy
Series: Wynter Wild. Price: $3.99 USD. Words: 119,840. Language: English. Published: April 2, 2019. Categories: Fiction » Women's fiction » General, Fiction » Young adult or teen » Drama
Wynter has lived on the outside for eight months, and she's growing stronger. She begins to open up to her brothers about her childhood and gains confidence in dealing with the world. When a horrific accident threatens to tear everything apart, her dreams of a happy family may be destroyed. Meanwhile, Joy reveals a secret, and the family dynamics head in a new direction that no one asked for. 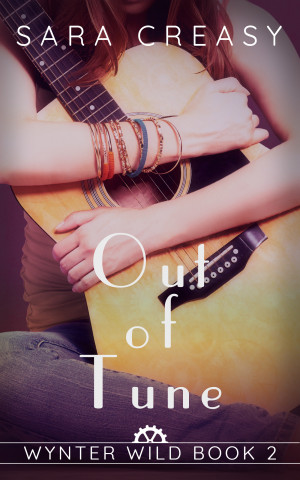 Out of Tune (Wynter Wild Book 2) by Sara Creasy
Series: Wynter Wild. Price: $3.99 USD. Words: 133,150. Language: English. Published: March 21, 2019. Categories: Fiction » Women's fiction » General, Fiction » Literature » Literary
Wynter is struggling to find her place in the world. Now in foster care, her only desire is to move home with her brothers. While she finds success by putting together a rock band with some boys at school, she fails at the social rules required to befriend the girls. When Wynter discovers the world won't bend to her will, she takes matters into her own hands. 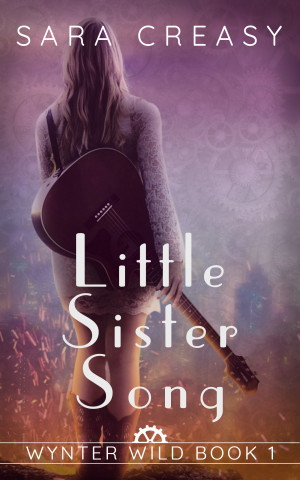 Wynter has spent her entire young life behind a chain-link fence in the middle of the Arizona desert. She escapes and finds the family she never knew she had--three older brothers who were abandonned by their mother, just as she was. They bond over music but there's no happy ending. Her adult siblings have problems of their own, and they'll have to fight to keep her.