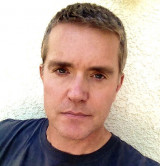 Published 2014-07-31.
When did you first start writing?
I've dabbled my whole life, but didn't feel as though I had much to say until I was almost thirty and had gone back to college.
Do you remember the first story you ever wrote?
Not sure if it counts as a story, but I remember the first book I wrote: "The Godzilla Dictionary" (complete with illustrations). 'A' was for 'Angry', which you didn't want to make Godzilla. 'B' was for 'Baby Godzilla'. And so it went. That was also self-published, with construction paper and staples. Only one copy in print.
Where did you grow up, and how did this influence your writing?
I grew up in the San Francisco Bay Area in the 1970s, and was therefore surrounded by a lot of interesting stories with local ties: Jim Jones, Patty Hearst, George Moscone and Harvey Milk. It was a mix of idyllic and ominous. One couldn't ask for a more beautiful place in which to be raised, but there were those steady reminders that the world was much larger than our comfy slice of it. This may be why I enjoy writing about cultures and perspectives colliding.
What is your writing process?
I think a lot about a potential story before ever putting anything onto paper. An idea may hum in the background for years, or at the forefront for months, and at some mysterious point, enough characterizations and plot directions come together to make it worth outlining. The map I then compose is bound to change as I proceed through a draft, but I always make sure I know how something ends, and in general how I'm going to get there. This allows me to focus on the content while I write, and not worry about how what I'm writing is going to affect the shape of the story, at least not in a major way. As I mentioned, changes are inevitable. I just don't want to have to manage any huge chain reactions. That can lead to frustration, and an incomplete novel. And when I am drafting content, I like to split my time between pen and paper and word processor. I tend to feel a bit more free with a pen or pencil. The feeling of crossing things out and writing things in the margins and drawing arrows to where you want to insert them is a lot more satisfying than hitting a backspace key or highlighting text and deleting it. Plus the act of transcribing my scribbles onto the word processor gives me another opportunity to make revisions.
What do you read for pleasure?
I actually read a lot of non-fiction, and visit blogs by long-form journalists I respect as writers, regardless of their views, people like Ta-Nehisi Coates, Andrew Sullivan, Caitlin Flanagan, Sandra Tsing Loh, Andy Greenwald, Charles Pierce, Chuck Klosterman, Molly Lambert...writers who demonstrate a flair for their craft in the process of reporting on or analyzing their subject. When it comes to fiction, I tend to read classics, initially because as an English Instructor I feel as though I should be as well-versed on the canon as possible, and eventually because once I started getting into that habit, it was (usually) clear as to why a classic is considered a classic. As far as contemporary authors are concerned, I've read just about everything Jim Harrison has published.
What motivated you to become an indie author?
When I finished my first book as part of my graduate program, I sent it out to a few agents and publishers to see if I could get any action on it. At the same time, though, I was trying to secure a teaching position in an area where my wife and I would enjoy living and starting a family. We were both older than your average college students, so we felt like we needed to get going on that front. Fortunately that happened sooner than I expected, so the publishing queries were put on hold for the move, then for the tenure process, then for having kids, until writing started to strike me as something I would do in retirement. About ten years into my career, a student wrote an essay on whether e-readers were really more environmentally-friendly than paper-bound books, and at one point she referenced Smashwords.
How has Smashwords contributed to your success?
I really have not had success in the traditional (financial) sense at this juncture as an author. But I would like to answer this question anyway, as Smashwords makes me feel successful. When I started writing, the only place to put your writing if it wasn't published was in a drawer. There were vanity presses, sure, but they charged an awful lot of money just so you could pass out a few copies to friends and family before driving around with the box of leftovers sliding around in the trunk of your car. The prospect of finding an audience of any size is thrilling, and has inspired me to write again, more prolifically than ever before. Being a writer nowadays is like being a musician. You can put your work out there and let people discover it, people who really appreciate the craft, similar to music fans who scout clubs and festivals. We can get gigs now, so to speak, play for no money, but for a chance to earn some fans. It's no longer an all or nothing proposition. The pressure is off to get published. All that matters is quality, and the judges are myriad.
What is the greatest joy of writing for you?
To think that I may be able to elicit a laugh or any sort of emotional reaction from someone I've never met, or perhaps contribute something to the conversation they've had with themselves or with friends on what it means to be alive, that's pretty exciting.
Smashwords Interviews are created by the profiled author or publisher. 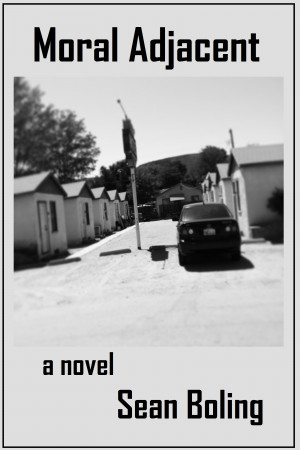 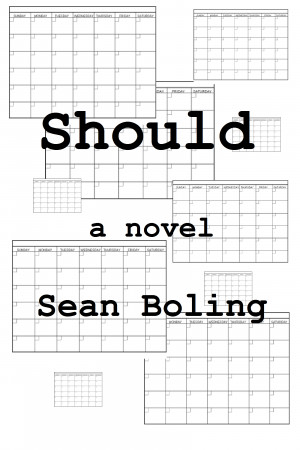 Should by Sean Boling
Price: Free! Words: 36,460. Language: English. Published: January 4, 2019. Categories: Fiction » Literature » Literary, Fiction » Visionary & metaphysical
His audience jumps from nonexistent to noteworthy thanks to one reader with the right connections. As growth spikes and events unfold, he starts to wonder if maybe they were the wrong connections. 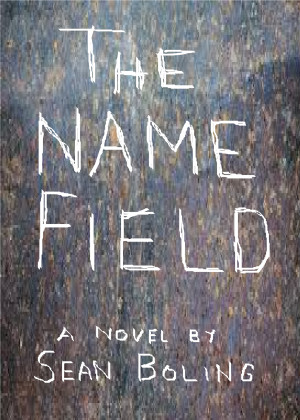 The Name Field by Sean Boling
Price: Free! Words: 48,390. Language: English. Published: January 8, 2018. Categories: Fiction » Literature » Literary, Fiction » Young adult or teen » Literary
Field knows there is something sinister about his job, but his mentor helped him find purpose as a teenager, so he ignores his suspicions. Then Lulu comes back into his life. They were childhood best friends, bonded by their challenges growing up together in Special Education. Eventually Field is forced to choose between the person who saved his childhood, and the person who saved his adolescence. 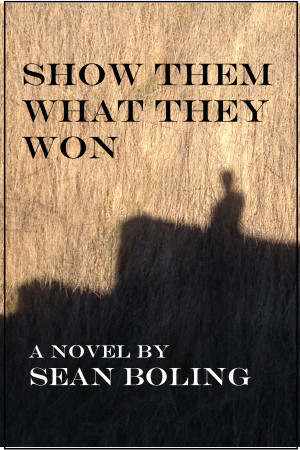 The only way to change someone’s worldview is to change their world. 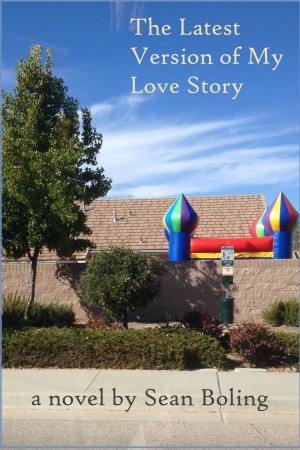 The Latest Version of My Love Story by Sean Boling
Price: Free! Words: 35,610. Language: English. Published: January 4, 2016. Categories: Fiction » Literature » Literary
Feeling old doesn’t bother Fina that much. Feeling useless is the problem. She finds purpose in a friendship with Cal, a combat veteran who has taken up arts and crafts and watching romantic comedies as a defense against his past. She may also discover why people tell love stories, depending on what she remembers of their time together, and how she lines up those memories. 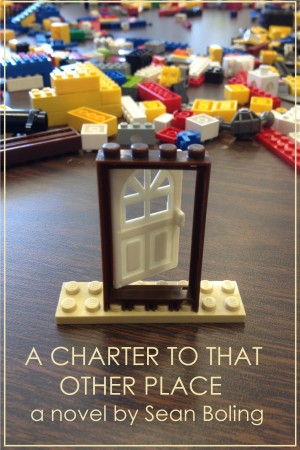 A Charter to That Other Place by Sean Boling
Price: Free! Words: 73,440. Language: English. Published: January 5, 2015. Categories: Fiction » Literature » Literary, Fiction » Young adult or teen » Literary
Live Oak Charter Academy is the latest elixir to arrive in the valley. Drought cycles, crop yields, and market forces have left a trail of previous solutions: an army base, a state mental hospital, a shipping warehouse for an online retailer, a prison. And though the school is smaller in scale than previous efforts, it inspires bigger dreams, with a more fragile margin of error. 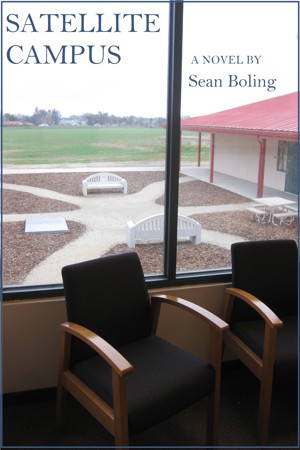 Satellite Campus by Sean Boling
Price: Free! Words: 73,220. Language: English. Published: November 12, 2013. Categories: Fiction » Literature » Literary
An astronomer discovers that consciousness is no less mysterious than deep space as he spends time with his mother during her last days on earth. 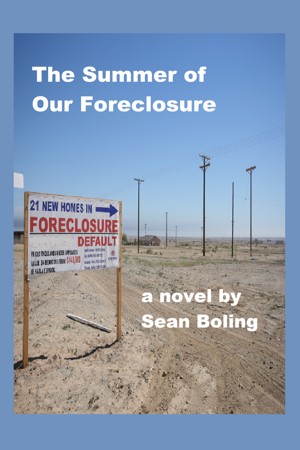 The Summer of Our Foreclosure by Sean Boling
Price: Free! Words: 79,510. Language: English. Published: November 26, 2012. Categories: Fiction » Literature » Literary, Fiction » Young adult or teen » Literary
When the American Dream is defined as something you can’t afford, you can extend your finances, extend your commute, extend your family, extend your reasoning, and when the dream snaps back into reality, extend the party one more summer and try to finally enjoy what you have before it’s gone. 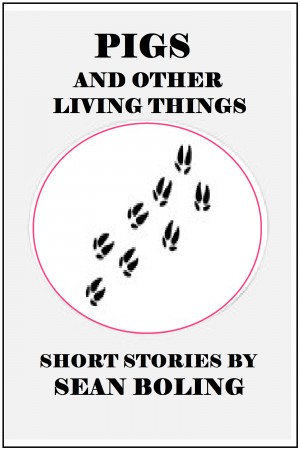 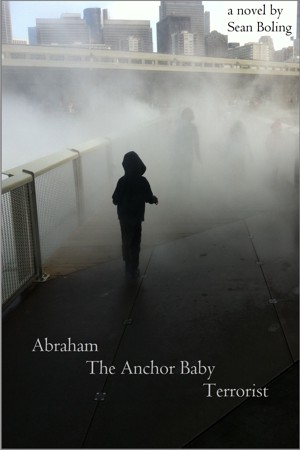 Abraham is supposed to grow up to be a terrorist. But things don't always turn out the way they're supposed to.
View their profile to see all of their books