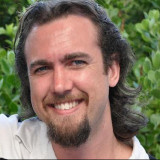 Published 2018-01-22.
What are you working on next?
I am currently developing and writing a sequel to Silent Hill: Betrayal, called Silent Hill: Obversion. I am also writing for game developers Antreya Studios on an epic fantasy MMORPG called Antreya Chronicles. Finally, I am adapting Lynette Greenfield's novel "The Day it Rained Forever".
What inspires you to get out of bed each day?
My wife and children
When you're not writing, how do you spend your time?
Either working at my day-job, or running my publishing company Celenic Earth Publications, playing guitar, or spending quality time with my family.
Do you remember the first story you ever wrote?
Yes absolutely. Windfarer will always be my first love. Part 1's writing style of the novel still reflects how I used to write in the beginning, which is why I will never update it to my current writing style. It is the start of my writing journey and I will always treasure it.
What is your writing process?
A rather convoluted one that I am sure many other writers will feel I can either do away with or simplify. All my work gets saved on OneNote, which is where every stage of the process unfolds. First I expand the idea into a plot summary, before I flesh out the characters, locations, scenes and items. Once that is finalised, I move onto chapter development, where I break the plot down into the number of chapters I want within the story, and what each chapter should contain. Finally, when I am completely satisfied with every element of the story, I start writing. I would say my process consists of 70% planning and 30% writing, although writing takes up more of my time.
Do you remember the first story you had that had a major impact on you?
Yes. I was 16 and had started reading The Chronicles of Thomas Covenant, the Unbeliever by Stephen Donaldson. This fantasy novel had such a major effect on me mentally and emotionally, and is the key driver to me wanting to become a writer. It is also the reason I named my epic fantasy series 'The Celenic Earth Chronicles", with emphasis on the Chronicles portion.
What are your five favorite books, and why?
Four fantasy series of novels had a major influence on me growing up. The Chronicles of Thomas Covenant by Stephen Donaldson, Death Gate Cycle by Margaret Weis and Tracy Hickman, Riftwar Saga by Raymond E. Feist, and Spellsinger by Alan Dean Foster. I cannot go without mentioning the Lord of the Rings by JRR Tolkien, which brought to me the world of elves, dwarves, orcs and humans. It is also worth mentioning a horror short story called Stonehurst: The Beginning by Andi Hodgetts, which is being written into a full length novel and which already contains a promise of becoming a fantastic, terrifying tale.
What do you read for pleasure?
Warhammer 40k: The Legends Collection, Terry Pratchett and Robert Rankin
What is your e-reading device of choice?
Aldiko and Amazon Kindle apps for smartphones.
What book marketing techniques have been most effective for you?
Unfortunately, I am still trying to find one that translates views and engagements into sales successfully. So far, the most effective method has been blogging during the writing process and preorders.
What's the story behind your latest book?
Silent Hill: Betrayal is my own first fanfiction tale based in the Silent Hill world created by Konami and Team Silent in the game franchise. I took many core elements from the games and formulated my own twist into it, with new characters and creatures. The majority of the locations are familiar to fans, as the first novel is basic a revisit to old locations. In the sequel, Silent Hill: Obversion, this will change and readers will be thrown into the unknown, with still a hint of the familiar.
Smashwords Interviews are created by the profiled author or publisher. 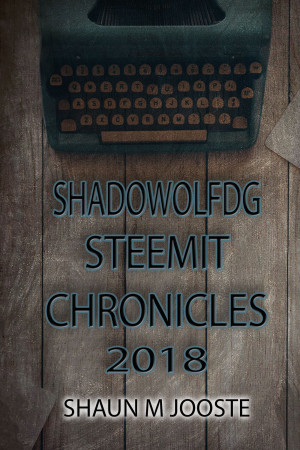 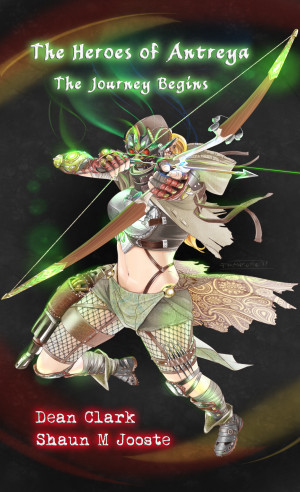 Heroes of Antreya: The Journey Begins by Dean Clark & Shaun Jooste
Price: $5.99 USD. Words: 40,770. Language: English. Published: December 11, 2017 by Celenic Earth Publications. Categories: Fiction » Fantasy » Dark
Journey with Krestyl, Darius and Sernagum, three warriors from three various factions and races, and they rush to intercede an evil that is being summoned into the world of Antreya. 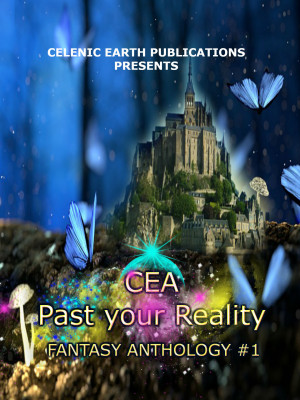 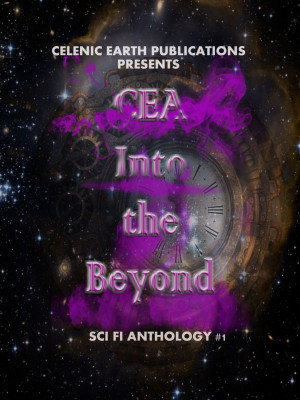 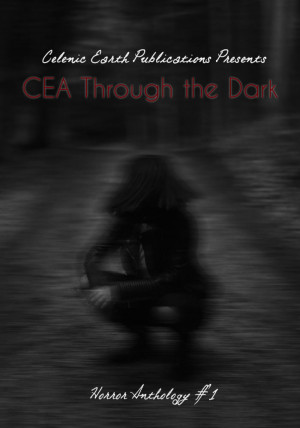 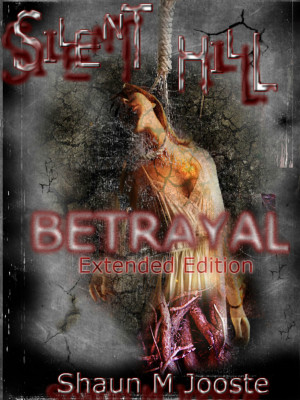 Silent Hill: Betrayal (Extended Edition) by Shaun Jooste
Price: $7.99 USD. Words: 166,720. Language: English. Published: February 10, 2017. Categories: Fiction » Horror » Occult
Trevor travels through the haunted, abandoned town of Silent Hill, in search of his lover Kathy and best friend Jay. What he finds is echoes of his deceased wife and her murdered brother, intent on exacting vengeance for the crimes committed against them 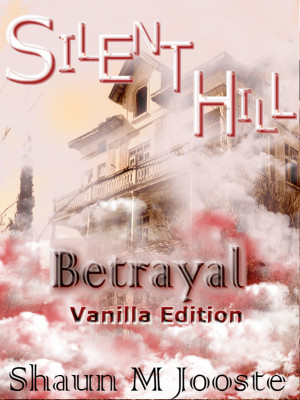 Silent Hill: Betrayal (Vanilla Edition) by Shaun Jooste
Price: $5.99 USD. Words: 164,380. Language: English (South African dialect). Published: February 10, 2017. Categories: Fiction » Horror » Occult
Trevor travels through the haunted, abandoned town of Silent Hill, in search of his lover Kathy and best friend Jay. What he finds is echoes of his deceased wife and her murdered brother, intent on exacting vengeance for the crimes committed against them 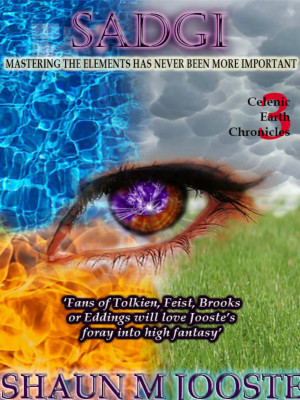 Sadgi by Shaun Jooste
Series: Celenic Earth Chronicles, Book 3. Price: $4.99 USD. Words: 148,520. Language: English. Published: January 18, 2017. Categories: Fiction » Fantasy » Epic
Shadowolf returns once again to his home in Celenic Earth and sees just how absolute Le'Mar's rule has become. Having discovered the true power of the elements, he visits his loved ones and comrades. Their fighting spirit has dissipated in the dark lord's pervasive fog on the land that forbids the use of elemental magic among humans. This time, he takes the war to the dark lord 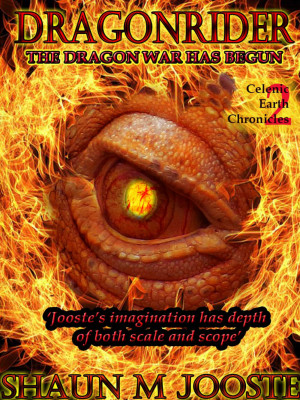 DragonRider by Shaun Jooste
Series: Celenic Earth Chronicles, Book 2. Price: $3.99 USD. Words: 147,960. Language: English. Published: January 18, 2017. Categories: Fiction » Fantasy » Epic
The Dragon War has been brought by Le'Mar to Celenic Earth. Shadowolf engages with the former members of the Shadow Clan, his most trusted friends and allies. Together, they must bring together the forces of the humans, elves and dwarves to take another stand against the dark lord and his new DragonRider plaguing the earth. 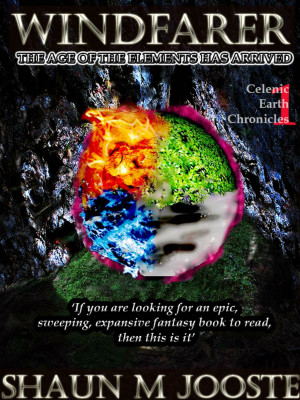 Windfarer by Shaun Jooste
Series: Celenic Earth Chronicles, Book 1. Price: $3.99 USD. Words: 152,320. Language: English. Published: January 18, 2017. Categories: Fiction » Fantasy » Epic
Journey with Shadowolf in a fantasy world where the natural elements are harnessed by humans. A prisoner by the name of Mercius who has mastered the element of air has escaped. Aligning with the dark lord Le'Mar, Mercius sets his sights on releasing the ultimate power node, prophesied only to be released by a Windfarer during the Masaran Phenomenon. Shadowolf must do anything to stop him