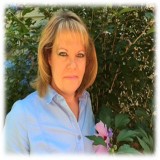 Published 2013-08-31.
Where did you grow up, and how did this influence your writing?
I grew up about 50 miles south of Atlanta, Georgia. A lot of my childhood influences my writing. I grew up in the country and I still live on the same country road. I grew up around cowboys, country folk and just down right good people. Living in a small town is a wonderful experience. You know everybody and everybody knows you. This can be good or bad, according to the situation.
When did you first start writing?
I started writing stories when I was 13. That's right around the time I picked up my first romance novel. I've loved anything romance ever since. I would fill up notebooks with my stories. Some I'd finish, but others I'd lose interest. Those books are in my cedar chest and I cherish them. Several of the books I've published come from the stories I've worked on for years.
What's the story behind your latest book?
My newest book is coming out in September, called Victoria. It's the first book in the Saga "The Women of Magnolia Hill". This story is based on a series that will go from the Civil war era up to modern day, telling about the women from the Magnolia Hill Plantation. The first book is "Victoria". She's a strong southern woman with a good heart and four brothers that have taught her to be her own person. She has to learn how to live in a Civil War society that is sometimes hard. Every book in the series is based on a different era in time.
What motivated you to become an indie author?
This was a hard decision. I played with the idea of pitching to a big publishing house. I did send one of my earlier manuscripts to one, but never heard anything. My editor/cover designer told me after she read a couple of my manuscripts that I just had to get them out in front of people. She showed me what I needed to do and that's when it all started. I think I made the right decision to be an indie author. It's been a great ride.
How has Smashwords contributed to your success?
Smashwords has been great. Their platform is so easy to use. It's a great way to get your book in many markets. I've sold more on Smashwords and their retailers than anywhere my books are published.
What is the greatest joy of writing for you?
I just love to write. The greatest joy has to be getting my stories down and then publishing them. I love to hear from people that like my writing. It's gratifying to hear from fans. Especially the ones that stay in touch. Several fans are dedicated and keep up with where my works in progress are. They tweet and facebook my updates faithfully. I just love all my new friends and that's what I consider my fans.
What are you working on next?
The next book in my pile of manuscripts in the works is the 2nd book in the "Lean On Him" christian romance series, "Faith Through The Tears". It's a continuation of book one but from a different characters story. It's a story of love and loss. When Randy loses his precious wife to cancer, how will he go on. Their two little girls are the only thing keeping him going. Will he ever love again? The story centers around his faith and how he handles his grief and the coming of someone new in his life.
Who are your favorite authors?
My favorite author since I was a child is Danielle Steele. Since childhood I've added Nora Roberts, Rita Hestand and several others to my reading list favorites. Also have recently added Marin Thomas, a fellow cowboy romance writer.
What inspires you to get out of bed each day?
I guess you could say my family. I have a wonderful husband and great teenage son that inspire me each day. They are so supportive of my choice to be a writer. My family have rallyed around me and helped me. Most of all the Lord inspires me everyday with His words of hope and love.
When you're not writing, how do you spend your time?
I own an accounting firm and am a children's minister. I stay pretty busy. Not to mention being a wife, mother, and everything else. I love to read, which is great for a writer.
Do you remember the first story you ever read, and the impact it had on you?
The first romance novel I ever read, well really long novel was "Remembrance" by Danielle Steele. It totally blew me away. That's when I became a huge fan of romance and Danielle Steele. The story was a tragic love story that took me away to a different time and place. I reread the story every summer for years. It's great if you haven't read it, I highly recommend it.
Smashwords Interviews are created by the profiled author or publisher. 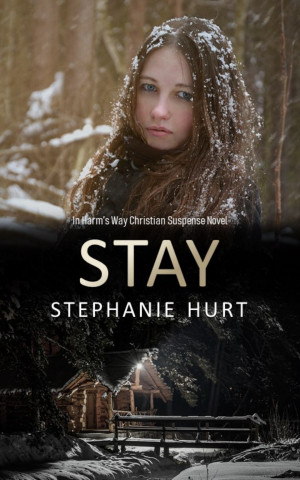 Stay by Stephanie Payne Hurt
Price: $2.99 USD. Words: 48,970. Language: English. Published: April 19, 2022. Categories: Fiction » Christian » Suspense, Fiction » Christian » Romance
Ginger has to get to the photoshoot even though there is a blizzard. When she ends up in a snowbank, her only refuge is a cabin that ends up being occupied by the one man she can't forget. Dakota is on the run from the law and can't believe Ginger is standing at his door in the worst storm of the season. But he can't just close the door in her face. 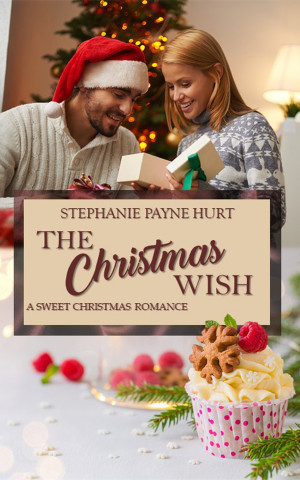 The Christmas Wish by Stephanie Payne Hurt
Price: $1.99 USD. Words: 30,640. Language: English. Published: December 11, 2019. Categories: Fiction » Romance » Clean & wholesome
From the moment Sophie was old enough to see over the counter, she’s loved to bake. So when the opportunity to own a bakery in Winter, Montana came along, she jumped. Not only would she get to bake, but the town was focused on Christmas year-round, which was her other love. Then she met Hampton, a rancher with a chip on his shoulder and he didn't do Christmas... 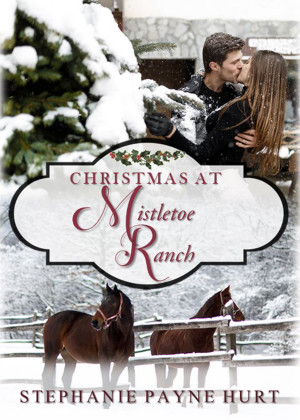 Christmas at Mistletoe Ranch by Stephanie Payne Hurt
Price: $4.99 USD. Words: 77,640. Language: English. Published: November 18, 2019. Categories: Fiction » Romance » Clean & wholesome, Fiction » Romance » Western
Something begins to brew between them, but both are aware that anything between them would cause problems, but they can’t just pretend like there’s nothing there. The struggle the two of them go through in order to do the right thing drives them further apart. Can they find a way or will Maddy be heading back to Georgia before Christmas? 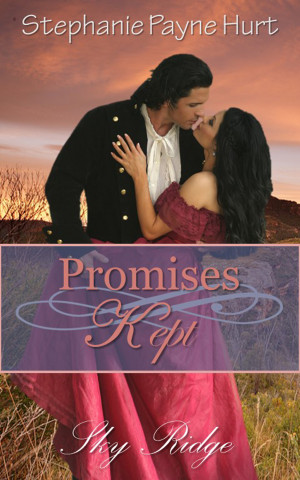 Promises Kept by Stephanie Payne Hurt
Price: $2.99 USD. Words: 23,040. Language: English. Published: January 18, 2019. Categories: Fiction » Historical » Western & American frontier, Fiction » Romance » Historical » General
They say love can heal anything, but can it heal this? After Nash’s background forced them to flee, all Joy and Nash could do was hope that they would be back home before the baby arrived. But not long after the start of their journey, their wagon is destroyed and they both fall ill. Can their enduring love survive the challenge that their future holds? 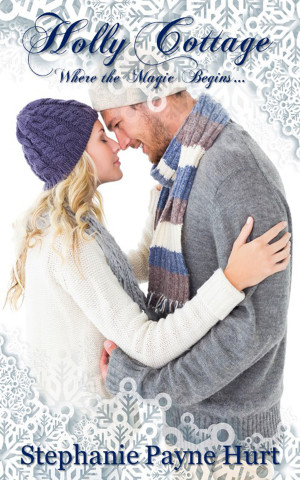 Holly Cottage - Where the Magic Begins by Stephanie Payne Hurt
Price: $2.99 USD. Words: 38,290. Language: English. Published: November 9, 2018. Categories: Fiction » Holiday » Christmas, Fiction » Romance » Clean & wholesome
The magic of Christmas can melt even the coldest of hearts, and change someones entire of life... As Christmas Day arrives, neither can deny that there is something happening, but is it just the holidays or something more? 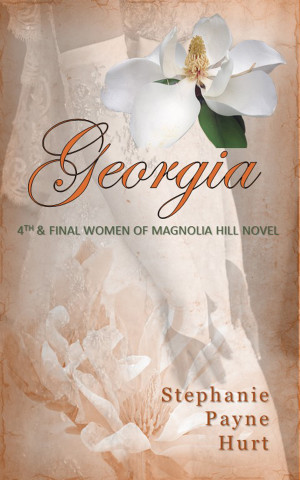 Georgia by Stephanie Payne Hurt
Series: The Women of Magnolia Hill. Price: $0.99 USD. Words: 26,840. Language: English. Published: August 31, 2018. Categories: Fiction » Romance » Historical » General, Fiction » Romance » Clean & wholesome
Georgia Tyler is strong-willed and full of passion. When her father insists she marries Robert, a man she despises, she makes a hasty decision that will change her whole world. But two disasters sweep through Magnolia Hill, causing her to do something she never thought she'd have to do... 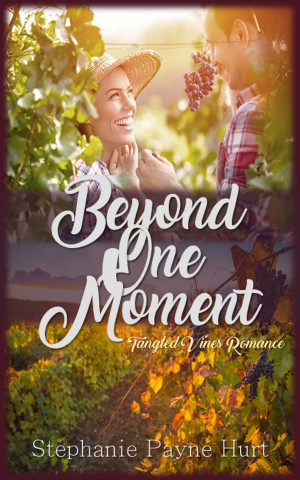 Beyond One Moment by Stephanie Payne Hurt
Price: $3.99 USD. Words: 68,340. Language: English. Published: August 18, 2018. Categories: Fiction » Romance » Contemporary, Fiction » Romance » Clean & wholesome
From the moment Vanessa Owen sets eyes on the old, rundown vineyard set in the Tennessee mountains, she’s lost. With a growing career as a Stock Broker in Boston, her last thoughts were that she’d leave everything she’d worked so hard for and move to Tennessee to run a vineyard. 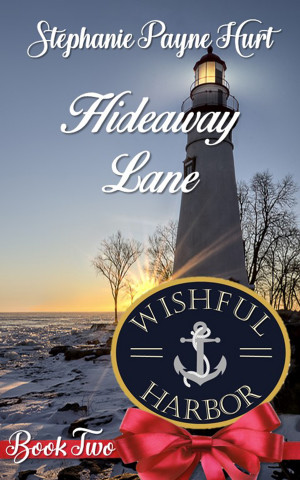 Hideaway Lane by Stephanie Payne Hurt
Series: Wishful Harbor. Price: $2.99 USD. Words: 33,640. Language: English. Published: December 11, 2017. Categories: Fiction » Holiday » Christmas, Fiction » Romance » Clean & wholesome
When a small fire in Julie's bookstore brings the firemen, she's shocked to find out one of them is her old high school crush, Paul Wells. Paul can't believe his luck, so he asks her to the town festival. He's now the owner of the Christmas tree farm on Hideaway Lane, the one Julie has been going to all her life. But, when the bank threatens to take the farm from him, Julie steps in to help. 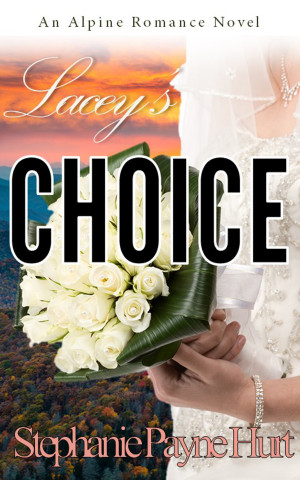 Lacey's Choice by Stephanie Payne Hurt
Series: Alpine Romance. Price: $2.99 USD. Words: 18,640. Language: English. Published: November 19, 2017. Categories: Fiction » Romance » Clean & wholesome, Fiction » Romance » Short stories
Grab a cup of hot chocolate and sit down with this short romance that will warm your heart as well as make you unsure what will happen until the end... Within hours of Lacey's acceptance of Drakes proposal, Brent, the man that left her at the altar calls, wanting another chance. Lacey refuses him, but Drake pushes her to go back to America to face her past so their future can be untarnished. 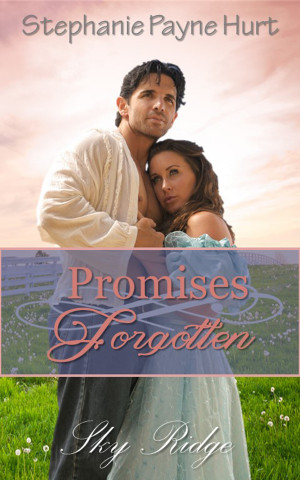 Promises Forgotten by Stephanie Payne Hurt
Series: Sky Ridge. Price: $2.99 USD. Words: 17,670. Language: English. Published: October 6, 2017. Categories: Fiction » Romance » Clean & wholesome, Fiction » Romance » Historical » General
After a hasty marriage, Joy had never expected to fall in love with Nash, but she had. Soon after, he was called away to do his duty as the negotiator between the army and the northern Indian tribes. It was dangerous and Nash only hoped that he could soon return to his beautiful young wife. Joy lay every night, waiting for her love to return.
View their profile to see all of their books