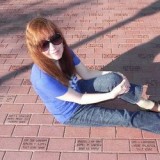 This interview has been viewed 243 times.

What do you read for pleasure?
I enjoy paranormal romances and fantasy/adventure stories like mine. I'm a particular fan of time travel stories, especially if they involve romance. Some of my favorite books are the time travel romance books written by Karen Marie Moning and Diana Gabaldon. I also really love classic "chit lit," with some of my favorite all-time novels being Jane Eyre and Pride and Prejudice. Anything with characters who have deep passion for something, be it a hobby or each other, is interesting to me.
What is your e-reading device of choice?
The Kindle. I got one for my birthday five years ago, and I love it! It was a real hassle lugging boxes full of heavy books around with me any time I moved. Now, I have over 200 books on a device I can fit in my purse, and there's room for hundreds more books on it. It's an amazing invention!
Describe your desk
Haha! I have a desk, but I haven't used it in about a year and a half. I got one of those laptop/tablet combos, and now I do my writing and other work anyplace I like....lounging in bed, on the couch, at the kitchen table, in the car, at the park, anywhere. My desk is now used mainly for storage. It has my desktop computer on it, which I rarely use anymore, as well as my old address book, stamps, pens, notebooks, and some good fortune-attracting knick knacks like a brass guardian angel statue, a jade prosperity tree statue, an orange prosperity crystal, and a smooth stone with the words "Begin Again" carved in it (an excellent motivational motto, I might add).
When did you first start writing?
I've been writing short stories since elementary school. Plays, too. In fact, I wrote my first play in second grade, and my teacher let me cast it and gave us class time to rehearse it, and then we performed it for the class. It was a play about Barbie and Ken and their friends. I wrote short stories for amusement, and in fourth grade, my teachers finally noticed and started entering me in writing contests, many of which I won. This continued throughout high school. I wrote another play my senior year of high school, which the sophomore Drama class performed, and it won first place at our district Thespian competition that year. This was the same year I won a college scholarship for placing 3rd in a statewide short story writing contest. Basically, I've always been a writer. My stated career goal in high school was "novelist." You know how life gets in the way sometimes, though. I started many novels over the years after college, but between getting married, getting my Master's degree, and earning a living, I didn't actually finish any of them. Until now. And there's more to come. It's great to finally be able to say I AM a novelist, after stating that career goal all those years ago.
What's the story behind your latest book?
It's based on a dream. Really, just a snippet of a dream. There was a human female and a male angel alone together in a pocket universe, and the woman and angel seemed to love each other. The dream was really vivid and intriguing. So much so, I wrote down the scene, just like it belonged in a novel. From that dream snippet, I developed a plan for a five-part series based on the two characters in my dream. The actual scene from the dream is slated to appear in Book Three of the series.
What is the greatest joy of writing for you?
It's what I feel I was always meant to do, from the time I was a child. I know I was born to be a writer, and it just feels good when I'm doing it. I get "in the zone," and know I'm following my true path. What's better than doing something you love, and that you know you've always been meant to do? It's awesome!
What do your fans mean to you?
So much! Without them, I'm just writing for myself. While that's okay, and I did it for years, I really want to share my work with the world. That doesn't happen without the fans. I love my fans! Meeting them and hearing what my books have meant to them is the best. Interacting with them helps me be a better writer, too. Fans are the coolest!
What are you working on next?
Book Two in the Angels and Seers series. This next one is called Angel on My Shoulder, and it should be ready for release sometime in the spring of 2016.
When you're not writing, how do you spend your time?
Reading. Lots of reading! Also traveling, cooking, spending fun time with my friends and family, taking care of my cats, and watching my favorite supernatural and fantasy-themed TV shows. I'm also currently taking singing lessons and learning Gaelic. I'm definitely a lifelong learner-type. I'm always interested in learning something new.
Do you remember the first story you ever wrote?
Not the plot, but I do remember it was about talking animals. Most of my early stories from elementary school were about talking animals. My favorite book as a child was Black Beauty, which was told in first person by a horse, so that likely influenced some of my early writing. I read that book over and over until the cover fell off of it!
Who are your favorite authors?
Jane Austen
The Bronte sisters
Alexandre Dumas
William Shakespeare

Those are my favorite classic authors. As far as contemporary authors go, I love:

Karen Marie Moning
Diana Gabaldon
Sarah Woodbury
Philippa Gregory
Dan Brown
Do you remember the first story you ever read, and the impact it had on you?
My mom was always reading to me, and she took me to the library weekly for most of my childhood, way back before I can even remember her doing it. So books were always part of my life. I don't remember the first book that was read to me or that I read on my own, but I know my mother read the Little Golden Books to me when I was really little, and then Charlotte's Web and the Little House on the Prairie series when I was in Kindergarten. I read the Little House series many more times myself throughout elementary school and junior high. I owned copies of every book.
Published 2015-11-29.
Smashwords Interviews are created by the profiled author, publisher or reader. 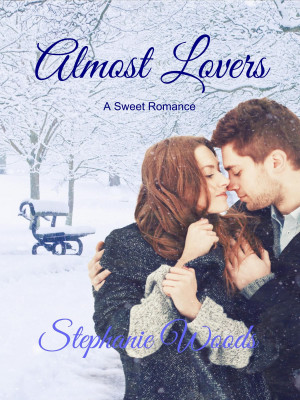 Almost Lovers--A Sweet Romance by Stephanie Woods
Price: $0.99 USD. Words: 88,030. Language: English. Published: October 18, 2019. Categories: Fiction » Romance » Clean & wholesome, Fiction » Romance » Contemporary
A young author recovering from an abusive first marriage. A former child star who has never experienced real love. One chance encounter between the two that will change their lives forever. Love at first sight exists, but learning to trust again is a bit trickier. Can Sage Brewster and Caleb Ryder grab the happily ever after that's waiting for them behind their emotional scars? A clean romance. 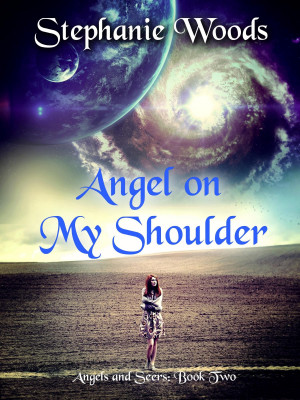 Angel on My Shoulder (Angels and Seers: Book Two) by Stephanie Woods
Series: Angels and Seers. Price: $0.99 USD. Words: 103,100. Language: American English. Published: January 2, 2017. Categories: Fiction » Fantasy » Paranormal, Fiction » Thriller & suspense » Supernatural
The multiverse is in peril, and its two prophesied saviors are nowhere to be found. Powerless & amnesiac, Earth Angel prince Sam is lost in another universe. His soul mate, the powerful human seer Lucy, jumped recklessly in to find him. On Earth, Ella and the other rebels try to fend off the enemy on their own, while dealing with a shocking revelation no one saw coming. Can our heroes still win? 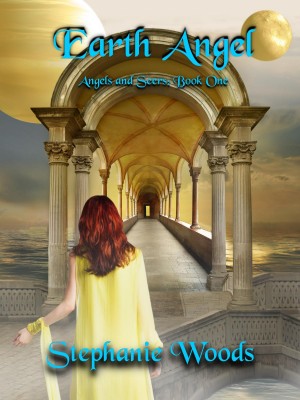 Lucy McDonald is content to go on mourning her dead fiance, Harry, forever. The angels she and her family can interact with have other plans. First, her trusted guardian angel, Kira, informs her that Harry's death was ordered by the powerful archangels. Then, she is paired with the sexy and determined prince of the Earth Angel kingdom, Sam, to save the universe. Who knew she was a superhero?